One Year Later, COVID Continues to Impact Our Lives

Reflecting on a year of the pandemic 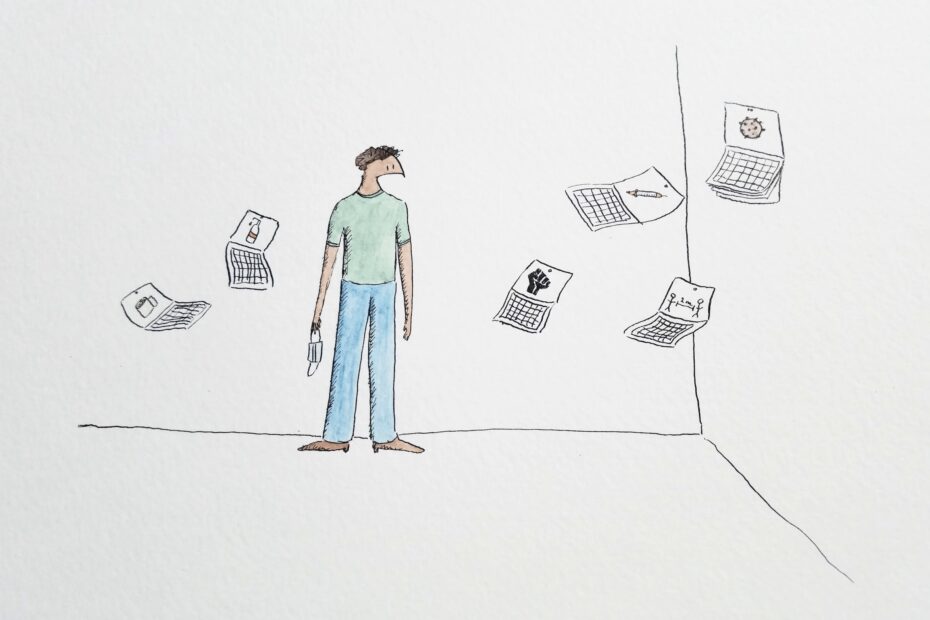 On March 13, 2020, McGill University cancelled classes for what students hoped would be an overcautious two-week break. The following day, the Daily released our first article covering the pandemic, an editorial intended to clarify new, confusing information and encourage responsible behaviour for public health amidst rising case counts. Just over a year later, the COVID-19 pandemic has become a part of our daily lives. Where older articles may have clarified terminology and contextualized the novel coronavirus, this technical information has become common knowledge, and we now use terms like “social distancing” and “contact tracing” without a second thought. In spite of the increase in public understanding of COVID-19, the systemic issues exacerbated by the pandemic remain as important as they are underreported.

Among the communities disproportionately affected by the pandemic over the past year are those living in precarious housing situations. Two weeks after McGill closed its campuses, Quebec’s eviction moratorium was in full effect. However, this measure did not protect residents from long-term economic struggle or the housing crisis more broadly, which continues to worsen as the pandemic drags on. More recently, Montreal’s unhoused residents have been expected to comply with Quebec’s evening curfews, despite an overwhelming lack of space in shelters across the city. Unhoused Montrealers are still subject to COVID-19-related fines, as the city focuses its funds towards the SPVM over social services. In the midst of a crisis in which Quebec residents should expect to rely on their government to ensure their safety, many people are facing a double threat of contagious disease and state violence.

Early in the pandemic, inmates at the Laval Migrant Prison began a hunger strike against unacceptable public health violations at the facility. Despite an initial success during which many inmates were released, the systemic harm enacted by the prison continued to threaten the lives and psychological well-being of incarcerated people. After a call over the summer to release more prisoners in light of ongoing poor conditions, including isolation from showers and entertainment as well as a heightened risk of contracting COVID-19, inmates at the Laval Migrant Prison began a second hunger strike approximately one year after the first. The punitive injustice system upheld by prisons categorically functions to continually harm already vulnerable populations – the pandemic has only made this more apparent.

Indigenous communities and nations are also at a significant disadvantage in facing the COVID-19 pandemic. Within the first month of the pandemic, as ecofascist rhetoric surged with the claim, “we are the virus,” the colonial government’s egregious treatment of First Nations during previous epidemics such as H1N1 raised significant concerns for how Indigenous communities would be treated during this one. These fears were realized as the government deliberately disregarded the safety of Indigenous communities while case counts and death tolls rose. Although Justin Trudeau promised to end all boil water advisories on First Nations land by March 2021, the pandemic provided a convenient excuse to postpone this deadline, despite the fact that clean water is an even more essential resource during a public health crisis. The colonial government’s deliberate disregard for the safety of Indigenous communities intersects with its violence against incarcerated and unhoused populations, of which Indigenous people comprise a disquieting share.

As people across Quebec and Canada began to self-isolate and work from home, challenges also emerged on an individual level. Increased time spent on the internet, alone, and under chronic stress continues to exacerbate mental health conditions – including eating disorders – to which university students are already particularly susceptible. The COVID-19 pandemic has also put additional pressure on interpersonal relationships, and quarantine confinement has led to an increase in domestic and gender-based violence globally. These issues, which are often made invisible even during a “normal” year, endanger lives in ways that can’t be included in traditional epidemiological death counts. But mental health difficulties and interpersonal violence are direct consequences of the virus, consequences we can’t dismiss as fringe cases or collateral damage. Though the people struggling with these issues may be physically isolated from each other, their experiences are related to systemic issues that our governments must take seriously.

Inequities have also been revealed on an international scale, which are just as important to examine as those playing out in Montreal. Since the onset of the pandemic, there has been a drastic increase in racism and xenophobia, which have led to acts of extreme violence against Asian people. Financial disparities across the globe have led to uneven distributions of vaccines: wealthier countries hoard higher quantities of COVID-19 vaccines, a phenomenon also called “vaccine nationalism.” This is not purely a product of the pandemic – as staff writer (and former Sci+Tech Editor!) Nabeela Jivraj explains, it is not only governments who contribute to vaccine nationalism, but also major corporations profiting from the pandemic itself. Because vaccinations are easier and more accessible in certain countries, wealthy individuals have begun to travel across state, provincial, or even national borders to receive a vaccination. This trend, known as “vaccine tourism,” not only poses further health risks associated with travel, but also places the needs of the vaccine tourist over the needs of the community they are exposing to further risk.

The Daily has also covered the injustices both revealed and created by the pandemic at McGill. The beginning of the pandemic saw students on exchange facing problems and a lack of accommodations from the University. Later on, we faced the transition to online learning, which came alongside unclear communication, constant zoom fatigue, and other inequities. In September 2020, staff writer Maya Ibbitson discussed the ways that COVID-19 was impacting students financially in our Features section.

Throughout the entirety of the pandemic, we have also seen the mistreatment of TAs and other student workers, who have been exposed to unsafe and precarious working conditions. Student workers are not the only ones who have faced unsafe conditions at the hands of McGill – in January 2021, News Editor Emily Black reported on the volatile conditions experienced by students at the Ingram School of Nursing, including major changes to the way classes and clinicals were carried out, burnout experienced by students, and mounting expectations. Student Housing and Hospitality Services also made the controversial decision to change its residence handbook permitting the eviction of students from residences for violating public health measures surrounding COVID-19, which reporter Saylor Catlin explained in a February 2021 news article.

COVID-19 has drastically changed the way we think about accessibility, as accommodations that were previously written off as impossible for disabled folks (including telemedicine and remote work) became widely available. Although it is long before we will return to “normal,” as vaccines become available and McGill alleges that we will return to in-person instruction this autumn, there is uncertainty around the future of accessibility.

With case numbers remaining high and vaccine rollout leaving much to be desired, it is just as important to support each other now as it was a year ago. Throughout the pandemic, activists and advocates have done important local work to support our communities, and it is important both to recognize and to support these efforts. In Montreal, this includes mutual aid and community organizations such as Hoodstock, COVID-19 Mutual Aid Group, and Head and Hands. It is also important to continue to follow public safety guidelines like wearing a mask and maintaining social distancing.

As an editorial board, we recognize that the COVID-19 pandemic is ongoing and are committed to covering the virus and its lingering effects with responsibility and accuracy. We will continue to hold our institutions accountable in a tumultuous time and uplift marginalized voices.

If you have any feedback regarding our ongoing COVID-19 coverage, we encourage you to reach out via our public feedback form.

The opinions expressed in this article reflect the views of The McGill Daily’s Editorial Board. This article was written by Coordinating Editor Kate Ellis and Managing Editor Willa Holt, with additional reporting from Culture Editor Sara Hashemi.