For McGill Students Abroad, This Past Week Has Been “Tiring” and “Stressful” 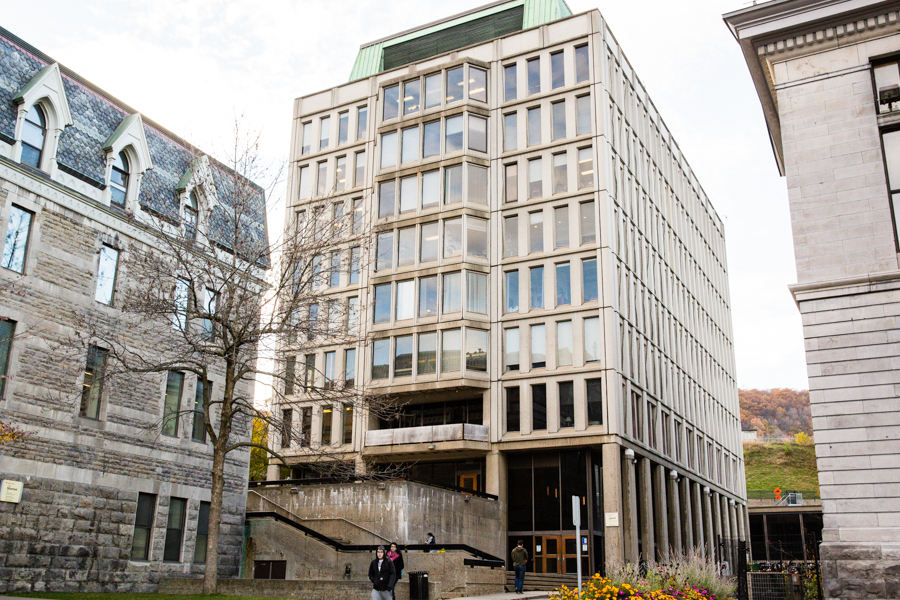 When the World Health Organization declared the novel coronavirus – also known as COVID-19 – a pandemic on Wednesday, March 11, many McGill students abroad had not received any specific communications detailing the status of their programs. On Sunday, March 15, Isabel Robertson, a McGill student studying abroad in the U.K., told the Daily, “This whole experience has been stressful and shows how fragile our systems are and how ill-prepared they are for a disaster.”

By the weekend, McGill had informed all study abroad students that they were being recalled due to the federal government’s classification of all outside countries as “Level 3” – meaning all “all non-essential travel” should be avoided. The email was sent out to the McGill community on Saturday, March 14 at 9:15 p.m., more than 24 hours after Federal Health Minister Patty Hajdu labeled all external travel “high risk” at an early afternoon press conference on Friday, March 13.

“This whole experience has been stressful and shows how fragile our systems are and how ill-prepared they are for a disaster.” – Isabel Robertson, McGill study abroad student in the U.K.

Prior to these developments, McGill had only recalled students studying abroad in Italy, Iran, and China. The rest were told in a March 13 email, “If you feel concerned about your safety, you are encouraged to leave your study abroad activity and return home.”

Before the March 13 email went out, that’s what Robertson did. In a message to the Daily, she explained that McGill’s response was delayed in comparison to other Canadian schools, and that they did not respond to emails.

“Their late action made me get a flight prior to them encouraging students to go home because I don’t trust McGill to make decisions about my safety,” Robertson added. As of March 15, she had not heard from McGill about her credits, academic accommodations, or any financial compensation for unexpected travel costs. “To be fair all universities have been [unclear and confusing] because no one has any plan set for a pandemic,” she granted.

Many other McGill students abroad shared these grievances. For Melanie Rose, a McGill student in Ireland, it was particularly frustrating to be left in the dark while other exchange students at Trinity College Dublin heard from their home universities.

“The first email we received specifically about exchange was on Friday March 13. All of my friends at private universities in the U.S. had [already] been recalled, and my other friends at both American and Canadian schools had received some sort of communication from their universities on Wednesday, March 11,” Rose explained. “While it was only a difference of two days, the situation in Ireland, Canada, and around the world was escalating quickly, so it felt like a very long time.”

In comparison to McGill, Trinity College Dublin began online courses early last week, and Rose says they plan to continue to teach students online for the rest of the semester. McGill plans to be “as fully online as possible” on March 30.

When the World Health Organization declared the novel coronavirus – also known as COVID-19 – a pandemic on Wednesday, March 11, many McGill students abroad had not received any specific communications detailing the status of their programs.

Other students abroad have also said that their host institutions have handled the situation better than McGill. Nicole Luongo, an American student at McGill who was studying in Spain, is one of them. In a message to the Daily, she stated, “There was a 2 day period in which Spain qualified as a level 3 country and I had no contact from McGill.”

In contrast, Luongo explained, her host institution in Spain was “extremely transparent” and “intent on continuing online studies until the university opened up again.”

“As far as I know, I will be completing my credits through online courses with my Spanish university,” she told the Daily. “They have been extremely accommodating and helpful throughout this process.” Luongo has already returned home to the U.S.

One McGill student, who requested anonymity, is worried about leaving the Czech Republic – if they do, it’s unlikely that they will be able to return.

“Technically I can go home [right now,] but it’s just risky [because] if they reopen classes in-person at some point, it’ll be really difficult for me to come back compared to other exchange students who live in Europe,” they explained to the Daily in an interview on Monday, March 16.

The Czech Republic, as a member of the European Union, is planning to limit all non-essential travel into the country, as was announced earlier that day. Only those from the U.K. and members of the Schengen travel area that allows freedom of movement in Europe – in addition to a few other exceptions – will be exempt from the ban. The Czech government also announced a nation-wide quarantine, effective Monday.

“My host institution has been great at keeping me informed, McGill really didn’t tell me anything,” the student emphasized. “[McGill was] really late in contacting exchange students, to the point that things had already largely gotten out of hand here by the time they chose to email us with information specific to students abroad.”

They explained that they have asked McGill about penalties for choosing to remain in the country of their study abroad program, and have not received a response. “By the time they DID choose to recall us, it was already incredibly difficult to get out of the country,” the student added.

“By the time they DID choose to recall us, it was already incredibly difficult to get out of the country.” – an anonymous McGill student, studying abroad in the Czech Republic

This is not the first time study abroad students have had difficulty getting a hold of McGill during an emergency. Chelsea Mang, a student who has been studying in Australia, has had concerns about the university’s responsiveness since January.

“McGill only contacted students going to Australia about the bushfire crisis two weeks into my host university’s semester here because we had a summer class and trimester as compared to other Australian universities starting in mid-late February,” she explained. “That email for us here showed that McGill seemed to have ‘forgotten’ about us who had been experiencing the dangerous bushfire smoke first hand for two weeks already at that point.”

Mang added, “Just hearing stories about mutual friends being trapped in Italy […] makes me concerned and I feel like the administration has treated us all like an aftersight.” She has not yet been able to go home, as her flight is scheduled for next week. CTV News reported on Monday that a group of McGill students and a professor have been stuck in Morocco after the country cancelled all international flights, and Mang is worried that similar measures may be taken in Australia.

“People say that flights may be cancelled, and if the U.S. doesn’t allow me in there’s not really another way for me to get home,” she expressed.

The situation across the world has placed an added financial burden on students abroad, whether it be through the cost of an emergency plane ticket or costs-of-living abroad. While most students the Daily spoke to had not received information from McGill about financial compensation by the time that interviews took place, the student in the Czech Republic shared an email they received from the Government of Canada on Tuesday, March 17, detailing information on the COVID-19 Emergency Loan Program for Canadians Abroad.

The situation across the world has placed an added financial burden on students abroad, whether it be through the cost of an emergency plane ticket or costs-of-living abroad.

Through this program, “[The government] will provide the option of an emergency loan to Canadians in need of immediate financial assistance to help them return home or to temporarily cover their life-sustaining needs while they work toward their return,” as per the email. The loan can total up to 5,000 CAD, and application guidelines will be posted at https://travel.gc.ca/. It does not appear that international students at McGill who are currently abroad are eligible.

“McGill loves to pride itself on being very international and having a huge culture on exchange,” Mang explained, “but when it comes down to it I personally feel like the institution has let me and my fellow students abroad down.”