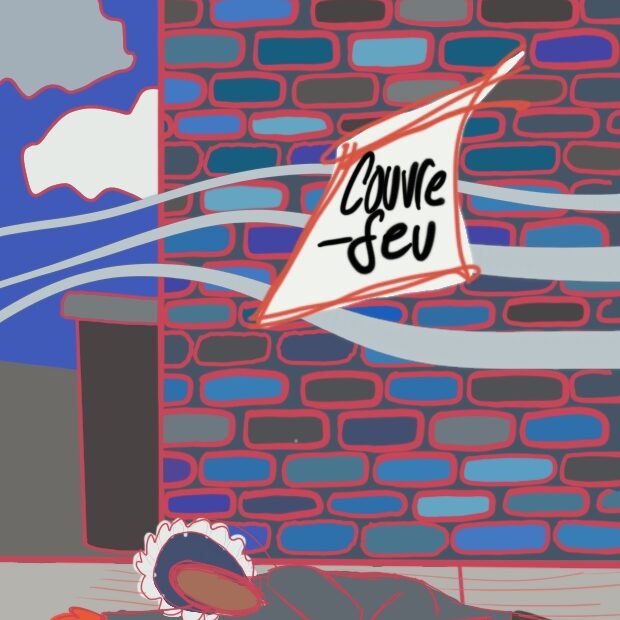 On January 6, Quebec’s Premier François Legault announced a new set of lockdown restrictions for the province to go into effect January 9. This new set of strict measures notably includes a province-wide overnight curfew from 8 p.m. to 5 a.m., which calls for fines from $1,000 to $6,000 for those who do not comply.

Legault stated in his announcement that there is “no reason not to comply,” including those experiencing homelessness, as he claimed that there are enough spaces in Quebec’s shelters for the unhoused. Activists and community organizers on behalf of the unhoused population in Montreal quickly expressed their opposition to the announcement.

Tweet from Nakuset, the Director of the Native Women’s shelter of Montreal and co-manager of resilience Montreal

“I don’t understand how our Premier Francois Legault can say such a generalized statement of ‘there is enough room,’” Sophie Hart, the director and founder of Meals for Milton-Parc, a student led community-based project to stand in solidarity with and support those who are unhoused in the Milton-Parc neighbourhood, told the Daily. Advocates have expressed for months that there are not enough spaces in shelters, she explained, and government efforts to create more accessible housing services have been minimal.

According to John Tessier, intervention program coordinator at Montreal’s Open Door shelter, “There aren’t enough beds for everyone who is unsheltered to get off the streets after the curfew.” In an interview with the Daily, Tessier explained that apart from the lack of space in shelters, many people seeking housing support face additional barriers of entry. “A lot of people do not meet the requirements that may be asked of them to go into all of the places that are available,” Tessier said. For example, mental health problems, mobility restrictions, and owning a pet can rule out different shelters. Drug users or those with alcohol dependency especially are faced with few options for shelters that can accommodate them, as the majority of shelters are “dry” and require tenants to be “clean,” and abstain from alcohol and drug use. People struggling with alcohol dependency need access to alcohol every few hours to prevent their bodies from experiencing withdrawal which can result in serious health problems and death, he pointed out: “If you go to a shelter where drinking is not allowed, which is ninety-nine percent of the shelters, then you can’t get in.” These factors combined create major obstacles to those seeking shelter past the curfew.

The Open Door shelter has faced its own challenges in serving its clientele amidst the province-wide curfew. After sewage problems and a COVID-19 outbreak forced the shelter to close for several days in mid-December, public health officials imposed new restrictions on the shelter when they reopened: capacity was reduced from 65 clients to 25 clients, and while the shelter was previously open 24 hours a day, it now must send its clientele back out onto the street at 9:30 PM, where they could face possible fines. “I mean we’re basically being forced to make people break the law here… at 9:30 we have to kick them out into the curfew when the rest of Quebec is being asked to shelter in place. How does that make sense?” Tessier explains.

Being on the streets past curfew puts unsheltered people at further risk of police intervention. The Legault administration has stated that those experiencing homelessness found in public spaces after the curfew will be redirected to shelters by police.  Already heavily policed, this directive puts unhoused people at greater risk of being targeted and harassed by the SPVM, Hart said. “The issue is, if people wanted to be in shelters don’t you think they already would be there? Forcing people living unhoused to go into overcrowded shelters often with known or unknown COVID positive clients will inevitably further the spread of this virus and the current outbreak amongst people living unhoused.”

Despite directives for non-punitive intervention, on  January 10th the SPVM handed a fine to an unhoused person found circulating a public space after 8 p.m.

The province-wide curfew isn’t the only element of the recent lockdown regulations that threaten those experiencing homelessness, according to Hart. The limited access to items deemed “non-essential” by the government can also affect people living unhoused, as those living without shelter have unique needs. “Examples of this could be tents, propane stoves, extra bedding or underwear,” Hart said, “which I have all seen be deemed as non-essential at Canadian Tire and Dollarama in Montreal.”

Since the onset of the pandemic, COVID-19 has posed challenges unique to the homeless population. Basic access to disease prevention, such as hand washing, is not possible for unhoused peoples who do not have access to a sink or shower, per Tessier. Additionally, outbreaks in shelters can be dangerous for those unhoused due to crowded conditions and lack of testing for staff and clientele. Tessier told the Daily that the Open Door shelter has been requesting COVID tests from the Direction de la Santé Publique de Montréal for their clientele for months to no avail; testing for clients was only granted after the outbreak in the shelter this winter. Since they’ve reopened, their requests for regular weekly testing have been denied. “Take the challenges that we as sheltered people face and magnify them by a hundred” said Tessier, “and that’s what they’re facing.”

The transmission of the virus has worsened significantly amongst Montreal’s unhoused population in the past weeks. According to Hart, between March and December there were 20 reported cases of COVID-19 amongst the unhoused population in Montreal; since the beginning of December, there have been over 100 confirmed cases.

When asked about possible solutions to remedy the challenges currently facing the housing insecure community, Hart cited Nakuset, the Director of the Native Women’s shelter of Montreal and co-manager of Resilience Montreal. During a protest Monday night, Nakuset called on the city of Montreal to (1) release a statement that the unhoused population will not be targeted, harassed and fined by the SPVM under any circumstances while this curfew is in effect; (2) open the rest of the old Royal Victoria hospital to create spaces where people without housing can stay indefinitely, until a Housing First initiative can be created in Montreal with their input; (3) divert healthcare professionals to aid organization and shelters supporting unhoused peoples; and (4) commit to creating services with the input of people living unhoused.

“We need to meet people where they are at,” Hart stressed, “without significant change to how the city operates in supporting those living unhoused and the services and organizations that exist to support them, we will be stuck in this ongoing humanitarian crisis for years to come.”