Students may now be evicted for violating COVID-19 measures 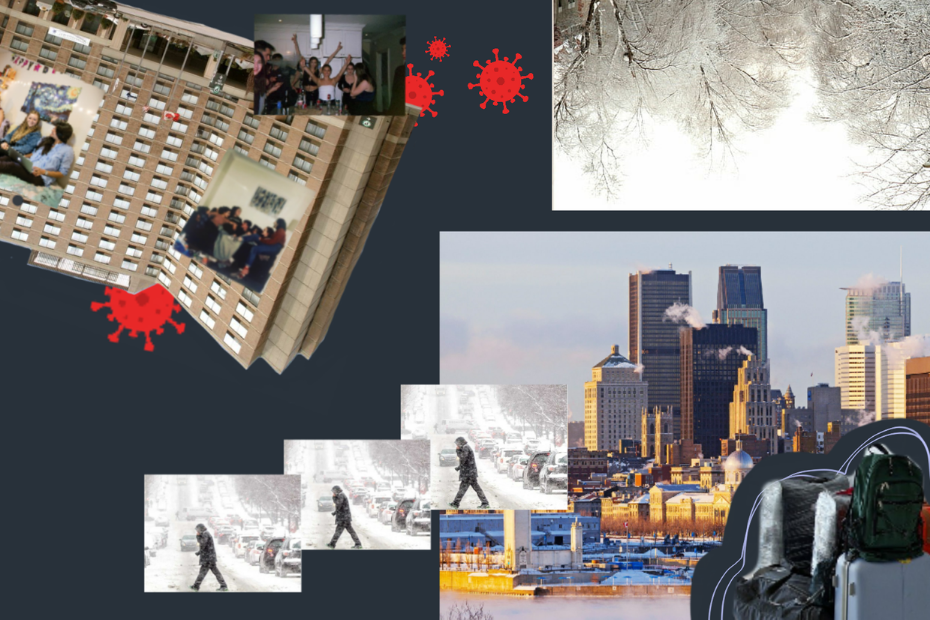 Along with navigating their first semester online, dealing with isolation in the midst of Montreal’s lockdown and struggling from the winter blues, first year students in McGill residences have also been dealing with the threat of eviction.

In mid-January, McGill’s Student Housing and Hospitality Services updated the Residence Handbook in regards to the disciplinary process as it relates to non-compliance of COVID-19 measures and other community living standards. While sanctions had previously followed a linear transgression (verbal warning → written warning → on probation → recommendation for eviction), the updated handbook stipulates that “depending on the severity of the incident, the conduct status may not transition in a linear fashion.”

This updated regulation has allowed the university an increased amount of discretion to evict students, as it allows them to disregard the previous “strike-system,” whereby evictions came as the result of previous infractures. In an interview with the Daily, a member of the New Residence Hall (NRH) Council estimated that about 15 to 20 students have faced a 7-day eviction from McGill residences since this updated policy went into effect, with that number rising. He explained that these evictions were prompted by violation of COVID-19 measures. Many of these students had no previous strikes on their records, and were given less than 24 hours to vacate the premises.

Evicted students were advised by the Student Housing and Hospitality Services (SHHS) to stay in local hotels for the duration of their eviction, but this also posed challenges for students. Several of the students were minors, according to the NRH council member. “You can’t rent properties in Quebec if you’re a minor, even hotels,” he said.

Additionally, because of the short time period given to students to vacate their residence, exclusion times didn’t always line up with hotel check-in times. Students were asked to vacate their rooms by 10 AM on the morning following their eviction notice, but many hotel check in times are between 1 PM and 4 PM, according to the NRH council member. The SHHS’s recommendations also provided little to no consideration for those financially unable to afford temporary housing in a hotel. When given less than 24 hours of notice, it was difficult for many students to arrange a temporary place to stay.

“There was a case in New [Residence] and people found out through the floor’s Facebook group,” he said.

The bigger concern is whether these short-term evictions help to slow the spread of COVID-19 in McGill’s student residences. The NRH council member acknowledges that these more severe sanctions can potentially serve as a deterrent from engaging in behaviour that could enable virus transmission. “I don’t think this was the most equitable way to do it,” he countered. “I don’t think in terms of student safety this was the best way of doing it.”

To slow the spread of COVID-19 in McGill residences, the most important action – according to the council member – is that the university alerts students when there is a case in their residence, which he claims they have not been particularly efficient in doing. “There was a case in New [Residence] and people found out through the floor’s Facebook group,” he said.

Despite these criticisms, the University has claimed that these stricter sanctions are “necessary” and that they “will continue to act with discretion,” according to the council member.

As of February 4th, the SHHS has further bolstered their approach. Currently, illegal gatherings – which SHHS defines as “three or more people gathering indoors and/or two people gathering indoors when the ‘no visitor rule’ is in effect” – will result in an “exclusion” from residences for a minimum period of six weeks and up to a maximum at the end of the winter semester. As was the case last semester, interim exclusions – that is, exclusions which are no longer than 10 days – can be issued at the discretion of a Disciplinary Officer.

“I do understand their trepidations about the previous strike policy,” says the NRH council member, “however, I don’t think the transition was carried out very well.”