One year on, incarcerated people at the Laval Migrant Prison continue to face health violations 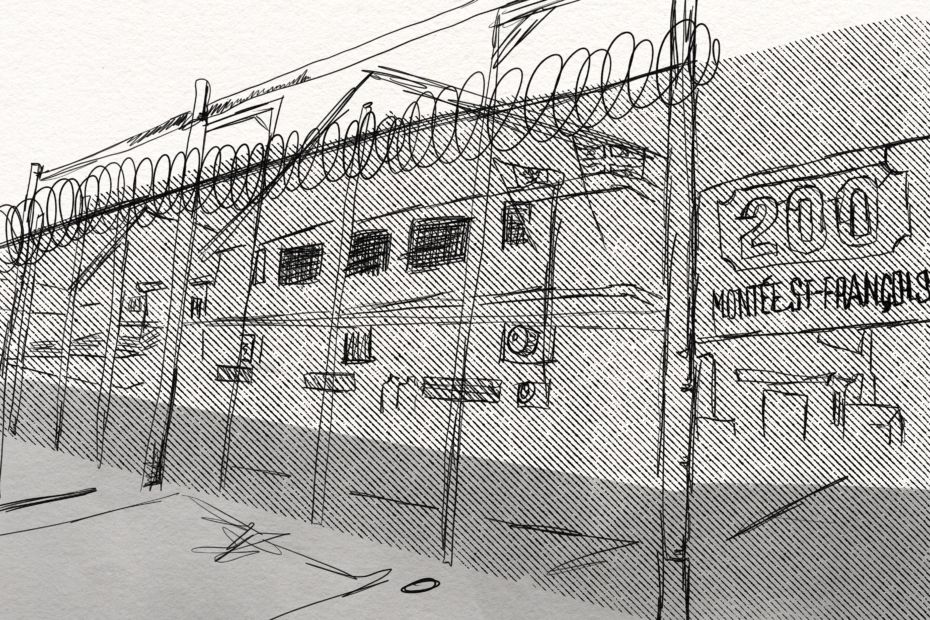 Inmates at the Laval Migrant Prison have launched their second hunger strike since the onset of the COVID-19 pandemic to protest poor public health measures at the prison. Since March 1, 2021, six men detained in the facility have been striking to request their release. “The Laval Detention Center […] is a place where the virus can spread, and it is only a matter of time before we are all infected,” they wrote in a statement published on Solidarity Across Borders’ website on Thursday, March 4. One third of detainees have tested positive for COVID-19 in the Laval prison, according to Harsha Walia, an author whose work advocates for migrant justice.

While the previous group hunger strike in the prison – which occurred from March 24 to April 2, 2020 – led to the release of most inmates at the time, the facility is once again becoming crowded, and it has not seen any major changes in protocol. According to Carlos Martin, one of the strikers who previously contracted COVID-19, some guards (including those with symptoms of COVID-19) are not following public health procedures. “I know what the symptoms are and I have seen some guards that had the same symptoms that I had and didn’t use gloves, that took off masks,” Martin told Global News. This is unacceptable; Laval Migrant Prison is nonessential both in and outside of the context of the pandemic. The lack of health and safety measures provided to inmates during a global pandemic is further evidence of the violence inherent within the carceral system – as long as there are prisons, there will be people who are not receiving the care that they deserve.

When inmates test positive for COVID-19, they are placed in solitary confinement without access to psychological services. According to Bill Van Driel, a representative of Solidarity Across Borders, conditions within the jail are extremely poor. “There’s no programming, there’s no services, there’s no psychological services, things that even in the worst prisons would still be available to inmates aren’t available to immigration detainees,” he said in an interview with Global News. Visits to the facility have also been suspended for nearly a year, meaning that inmates are completely isolated. Solitary confinement is an inhumane practice, and isolation in prisons both causes and exacerbates mental health issues. Isolating incarcerated people is ineffective and perpetuates the systemic harm that prisons cause – the only humane solution is decarceration.

The striking inmates at the Laval Migrant Prison deserve immediate release. We also echo the strikers’ statement that “using detention as an immigration policy is in all times an inhuman and unjust measure, with or without COVID.” Prisons must be abolished, as they are part of a system of violence which keeps incarcerated people at a constantly elevated risk of infection, isolation, and psychological harm. The non-incarcerated population must advocate for the rights of currently incarcerated people as part of the fight for complete abolition and transformative, rather than punitive, justice. We must also fight for status for all – the government’s mistreatment of undocumented immigrants and asylum seekers is not limited to incarceration. COVID-19 disproportionately impacts all undocumented individuals, even those living outside of prisons; those without residency are not eligible for government stimulus packages and typically do not have access to health coverage in case they contract the virus.

To support those striking at the Laval Migrant Prison, you can email and call the Federal Minister of Public Safety, Bill Blair, at Bill.Blair@parl.gc.ca and 613-995-0284, as well as your local Member of Parliament. While it is best to write a personalized email, you can draw inspiration from scripts from Solidarity Across Borders’ website or use this email tool from the Migrant Rights Network. Solidarity Across Borders also encourages the public to post on social media with hashtags #FreeThemAll, #StatusForAll, and #HungerStrikeLaval, and to tag government officials such as Blair and Prime Minister Justin Trudeau.

You can support the fight for status for all and the end of migrant detention by donating to Solidarity Across Borders, joining their newslist, and getting involved as a volunteer.