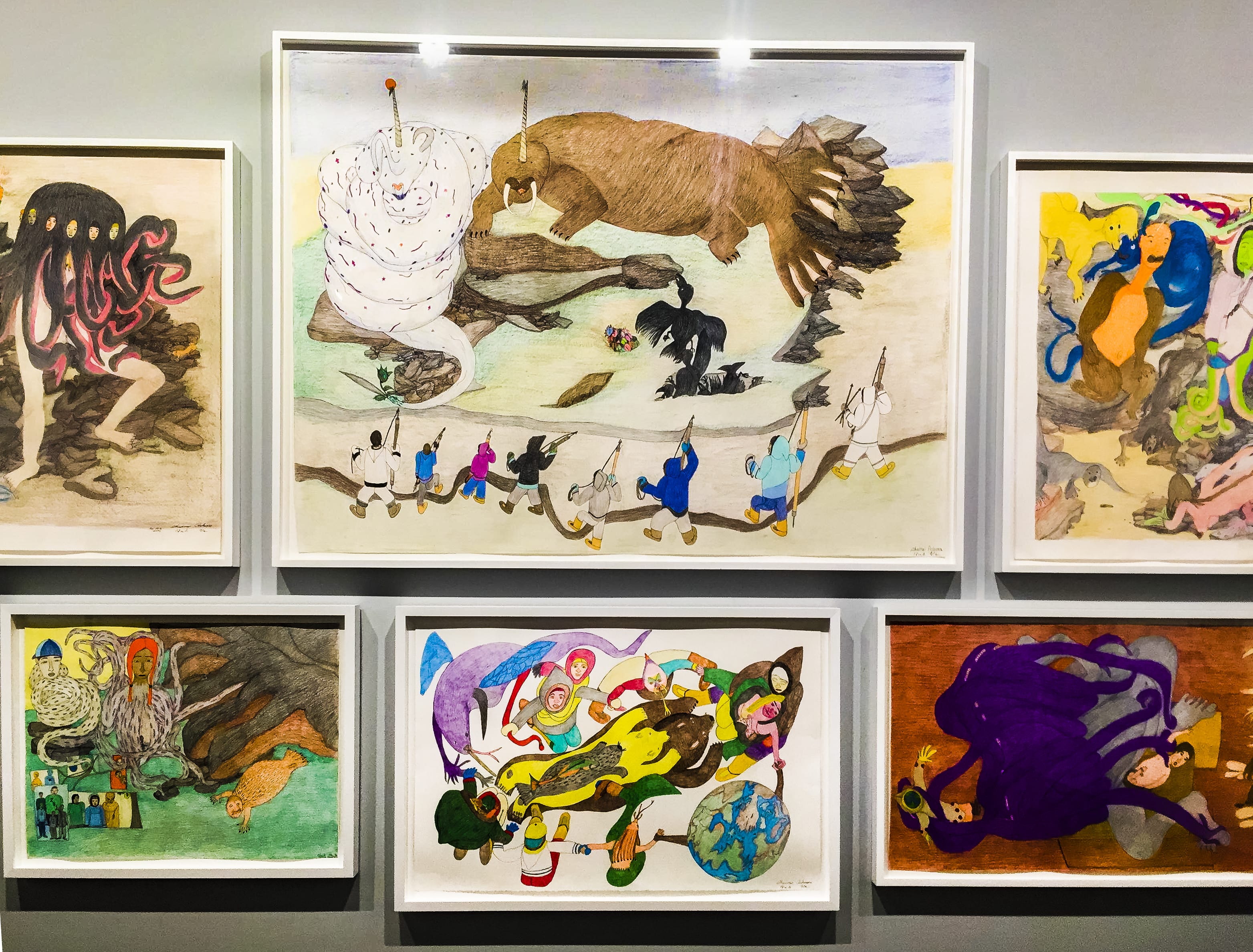 To wrap up the year, the Daily wanted to recognize the wonderful work that has been put into our Culture section. Thank you to all of our writers and columnists for their impressive contributions. Here is a recap of some of the articles we put out this year.

Performing arts are very important to a number of communities, be it in comedy, music, theatre, or dance! We kept our tradition of appreciating performing arts alive in many articles this year. In October, Claire Grenier talked about her experience at l’Opera de Montreal’s Eugene Onegin, which she described as “whimsical and tragic in the right places while maintaining its Russian character.” Ally Pengelly also spent a night at the theatre, reviewing Tuesday Night Cafe’s Ti-Jean and His Brothers in November.

And we didn’t forget about other forms of performing arts! In October, Claudine Loop wrote about her night at “Comedy Support Line: A Resillyence Benefit Show,” which she said “definitely managed to distinguish itself as an important space for experimentation within comedy.” In November, the Daily explored burlesque when Emily Black interviewed Avery Burrow, the founder of Vice-Versa, “a queer event production company aimed towards creating spaces for queer women and non-binary people in Montreal.” Vice-Versa has put on four excellent “queerlesque” shows since February 2019.

There was all sorts of incredible music being made around us in 2019 and 2020! In October, Phoebe Pannier interviewed Strange Breed, a Vancouver-based feminist garage-rock band, about politics, music, and activism. We were also introduced to a new artist when Angelina Mazza reviewed Loyle Carner’s album Not Waving, But Drowning, which she described as “an intimate collage of recordings from [Carner’s] daily life, paired with love letters addressed to his mother and his partner.”

We also recommended our favourite podcasts and music in our media lists. In October, we raved about The Nod, Code Switch, and Rough Translation. For the Trans Day of Remembrance, we collaborated with the Union For Gender Empowerment to highlight artists Dorian Electra and Mary Wander, as well as the podcasts From The Margins, Gender Blender, and Queer Sex Ed. In the Love and Sex Issue, we talked about the podcasts The Heart and Nancy. There’s no doubt that we’ll be back in the fall with a bunch of new favourites, too!

This year, the Daily put a spotlight on graphic novels. In November, Nelly Wat reviewed Meat and Bone by Kat Verhoeven, a book characterized by its “captivating and gorgeous storytelling [and] unwavering representation of flawed, complex, and difficult characters.” We also loved Willa Holt’s review of Wage Slaves by Daria Bogdanska, which she said “carefully [balanced] personal stories with a clear and insightful description of Swedish labour laws, the treatment of immigrants, and the difficult but rewarding process of unionization.” Our last review was published in January, when Cathleen Ma wrote about Taxi! Stories From The Backseat by Aimée de Jongh, which she praised its ability to provide “a glimpse of humanity through a lens that is at once compelling, funny, and profound.”

Beyond Reviews and Interviews

While reviews and interviews are the backbone of the Culture section, we decided to branch out this year! In our Indigenous Awareness Weeks issue, we provided a centralized calendar of Indigenous-run culture events in Montreal throughout September and October. In January, Daisy Sprenger asked the question that’s been on all of our minds: can we separate problematic artists from their art? We also learned about interactions between corporations and culture in Anaïs Régina-Renel’s article “Rum, Advertising, and Representation.”

Of course, there were all sorts of other amazing articles in Culture this year. We got to read some great poetry in our Queer History Month and Love and Sex issues. In September, Pandora Wotton discussed Dr. Jen Rae’s work on how artists can help fight the climate crisis. In November, Sara Hashemi introduced us to Shuvinai Ashoona’s incredible work when she went to Mapping Worlds at Concordia’s Leonard and Bina Ellen gallery. We also got the chance to learn about how we can prevent feelings of isolation for LGBTQ+ prisoners in Amy Lloyd’s interview with Ivory Tong from the Prisoner Correspondence Project.

It was a dynamic, interesting, and exciting year in Culture. We can’t wait to see what the fall brings!