Creating Into the Future 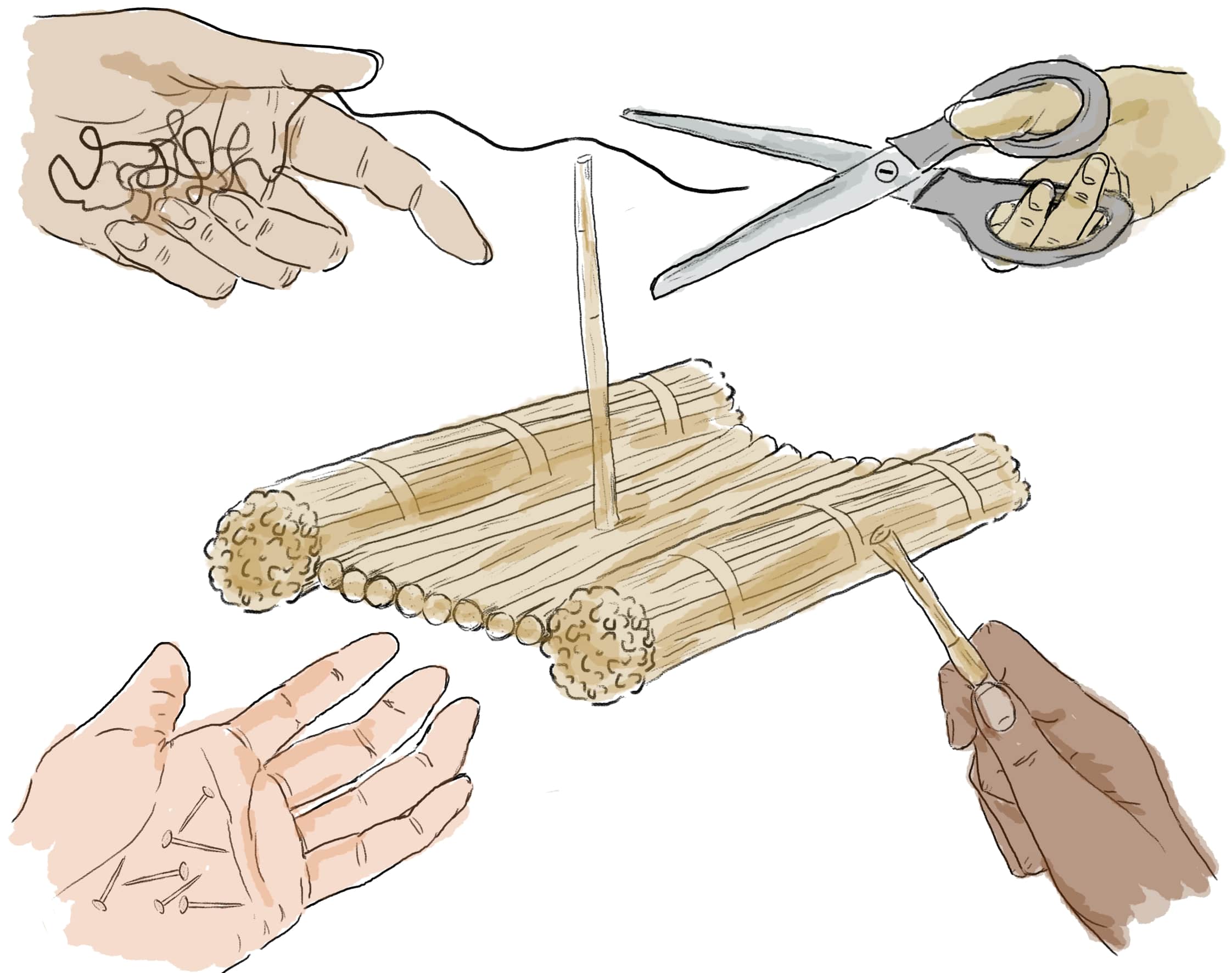 Dr. Jen Rae, Métis artist and researcher, began her lecture, Creating into the Future: The Role of Artists in the Climate Crisis, with the message that we must grieve for our planet. Even if individuals reduce their consumption and attempt to live more sustainably, governments and corporations must also be held accountable for the majority of emissions and environmental destruction. These institutions must massively change their behaviours on a global scale to become more efficient.

However, regardless of what strides are made in the next decade, we will still feel the intense effects of environmental destruction due to the over 1°C rise in global temperature, including what we are already experiencing: increased frequency and intensity of natural disasters, water contamination, air contamination, habitat and species loss, and displacement of communities. Climate change has and will undoubtedly end everyday life as we know it. Her presentation encouraged the audience to treat this loss like we would any other: by moving past our denial, feeling and understanding our emotions, and accepting the reality upon us.

But Dr. Rae’s approach is not one of hopelessness or defeat. She believes that society can make great strides to combat climate change and adapt to our new reality.
Dr. Rae continued on to explain the various climate and art festivals, installations, and organizations she has helped found or has contributed to in her home of Melbourne, Australia. Although the primarily Canadian audience may have felt disconnected from these localized events that happen across the world, audience members asked Dr. Rae for advice to start their own initiatives at the end of the seminar, proving that the case studies inspired others, fulfilling the goal of this event.

One of Dr. Rae’s arguments in support of environmental art is that art connects and engages with people more so than scientific reports or intimidating statistics. Additionally, there is an elitism in only publishing dense scientific studies and research that limits their audience to the highly educated, creating a class barrier between the informed and the uninformed. The people who will be most affected by climate change are those who are excluded from the relevant information. Many don’t want to listen to the experts, for example, because they would rather learn in a more approachable way or experiment for themselves in a non-hierarchical space where everyone can contribute their personal knowledge and where there are no barriers. Artists can create that space.

Climarte, an art and climate festival in Melbourne, tasks artists with making pieces that can act as educational tools. The poster program is a particularly popular aspect of the festival. A handful of artists are commissioned by the event runners to create posters on their choice of environmental commentary. The posters are then hung around the city for maximum exposure to promote thought and discussion, as well as to remove the idea of privilege and exclusivity from art. Dr. Rae notes the accessibility and utilitarian nature of posters as an art form, and therefore their value in the space of environmental art and education.

The people who will be most affected by climate change are those who are excluded from the relevant information.

The artist Amy Spiers notably created the poster Our Future, which features a statement in Woi Wurrung and Boon Wurrung, two Indigenous languages originating from the land that is known to settlers as Melbourne, to remind the viewer of the land that has been stolen and the cultural practices and languages that have been lost due to genocide. The poster subverts colonial control of communication and language by isolating settlers from access to information.

Indigenous peoples have been excluded from the conversation of environmental issues despite their traditional ecological knowledge, especially through classist educational barriers and racism within political institutions. As well, many experience trauma and distrust of colonial institutions, and therefore do not wish to engage with the governments that have repeatedly betrayed Indigenous communities throughout history (see the Daily’s editorial on the continuous issue of boil water advisories in Canada).

Another poster, The Coal Face (ScoMo) by Eugenia Lim, is a political commentary on the newly elected Prime Minister of Australia, Scott Morrisson, and his bold statement to bring a piece of coal into the House of Representatives back in 2017.

Morrisson used the coal as a symbol of the importance of the fossil fuel industry, and is quoted as saying, “This is coal. Don’t be afraid, don’t be scared.”

Morrisson’s Liberal Party believes a reinvestment in fossil fuels is key in order to grow the Australian economy.

The focus of Dr. Rae’s studies is the connection between art and environmental knowledge. She and her collaboratives combine the creation of contemporary, interactive art spaces with education on how to tackle issues that humanity will face in the climate crisis, ranging from food insecurity to natural disasters. The project REFUGE: Art Meets Emergency takes place annually at the Arts House in Melbourne. Every year, the project simulates a different emergency; so far, flood, heatwave, pandemic, and displacement have been displayed. 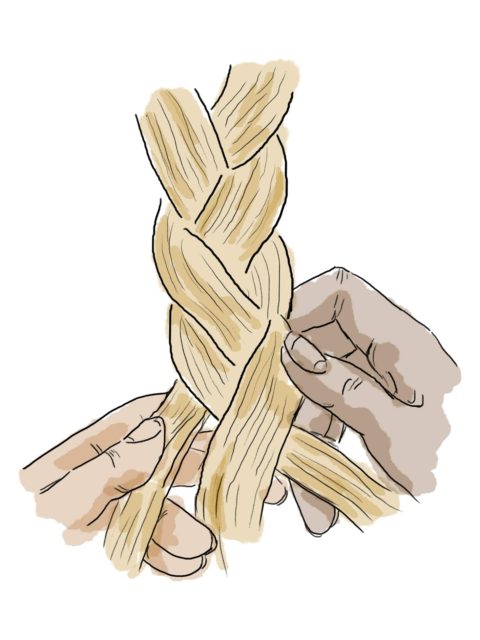 The concept of immersive experiences that help prepare for the problems facing humanity is extremely useful for an inarguably ill-prepared population. However, it feels inaccurate to call much of the work done “art” in a traditional sense. Rather than creating physical art, the artists have created an environment conducive to creative thinking and problem solving, whether it be a safe space to discuss concerns for the future or a workshop on building rafts that were later used in an immersive art piece. Sometimes these fall into the category of installation, but the bulk of the activities and experience itself are not unimportantly preparative workshops and experiences that teach participants the skills that will be necessary in these situations.

The main idea of these immersive workshops is the importance of community. By valuing the knowledge of others, and creating a sense of unity between neighbours, a framework of connection is built that is invaluable to our survival as a species.

As a Métis environmental advocate, Dr. Rae is reclaiming her position as a voice for environmental protection. She is creating a space for marginalized voices to be heard and for teaching in a collaborative, anti-oppressive environment.

Dr. Rae used an example of casualties during a heatwave in Australia to illustrate her point, and the importance of bond building during REFUGE events. In two city blocks immediately next to each other, one had multiple casualties, and the other had none. The first was a new development, where none of the neighbours knew one another. The other, with no deaths, had a sense of community, and neighbours checked on each others safety. This enforces Dr. Rae’s emphasis on fostering relationships as an integral component to the safety and preservation of humanity in the age of the climate crisis.

It is not what was built that mattered; it was the practice of working together and creating connections between people.

Again, the focus of these events is not the finished product. It is not what was built that mattered; it was the practice of working together and creating connections between people. In this case, the art created is the human connection.

Dr. Rae argues the mindset that we must establish in the climate crisis is one of an artist: one that accepts risk and is unafraid of experimentation and utilizing imagination. The artist is willing to be vulnerable and open up to others.

The world is changing rapidly in ways that are impossible to accurately predict. Being prepared for these events is a way for the average person to have control over an uncontrollable future. Dr. Rae believes the best way to be prepared for the climate crisis to come is to think like an artist.

Art as a medium for change, both societal and personal, is what we need in the age of the
climate crisis.