Nice art, shame about the artist 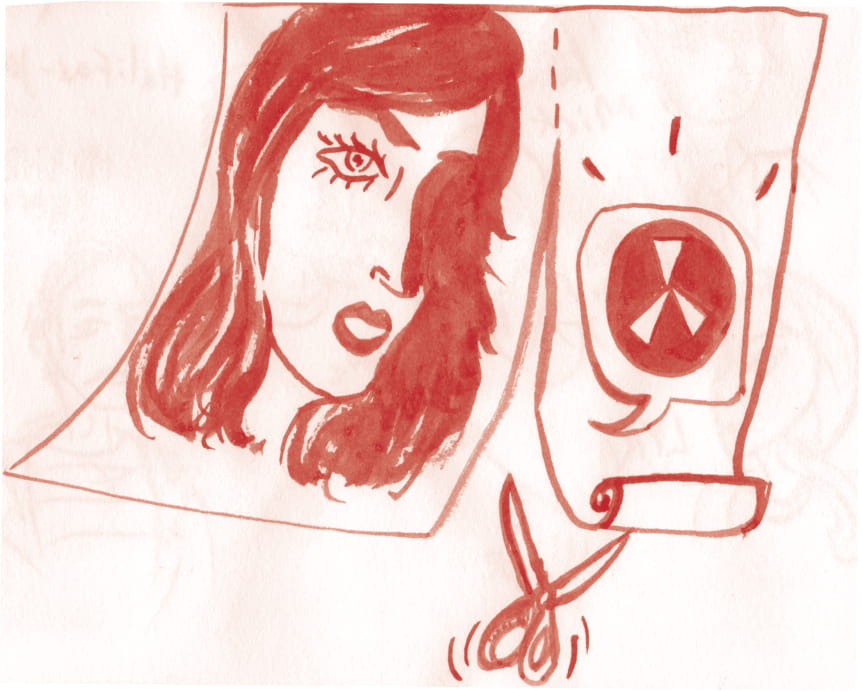 Art is inherently political. It has been used to both oppress and uplift, educate and propagandize, and about every shade in between.
But what about the more nebulous realm of the artist? That word that is inclined to conjure images of paint-stained, smock-sporting afficianattos, or perhaps the wiley writer type in their attic with the stuffed owl and the dusty bookcase. Or, in the case of the “indie” rock scene, the milk toast goth boy with his guitar and anger management issues: a prime example of which would be Morrissey, the notorious singer-songwriter of counterculture band The Smiths, who later became known as a right wing xenophobe.

Morrissey is an interesting example because of his utter transformation from symbol of counterculture to oppressor. It’s doubtful that in the wake of the hateful alt-right espousals of his middle age that he deserves a four page spread in Rolling Stone magazine. Morrissey’s current politics are condemnable, but does that mean that we should never listen to “Louder Than Bombs” ever again?

I’m by no means saying that The Smiths music, albeit counter-cultural and cutting edge, is always a shining example of progressive politics. But surely there are gems that don’t deserve the rubbish heap just because their front man went off the rails. Should his band mates Johnny Marr, Andy Rourk, and Mike Joyce be sent off to obscurity? And yet, why should Morrissey’s mugshot be on every hot topic T-Shirt? Even if it’s to represent some jazzy counterculture jangle like “Panic,” does his face not also represent Brexit and hate? Who’s to say? Who are we to draw the lines of censorship? Who are we not to speak out against problematic artists such as Morrissey?

Morrissey is not the only talented artist who turned into a despicable grease smudge of oppression. Dare we talk about H.P. Lovecraft’s virulent racism? And yet the peanut gallery says “he revolutionized all that’s creepy and worth living for in horror literature!” How about Dostoyevsky and his horrifying antisemitism? Kanye West’s persistent sexism and homophobia? J.K. Rowling’s transphobia? Not to mention the pages and pages of male artists who have abused and oppressed women again and again. The list goes on and on.

There is a wide range of what it means to be “problematic,” beyond simply considering art which is explicitly so. An artist’s influence goes beyond the influence of the art they produce. Thus, problematic sentiments may still have ill consequences on the lives of others, even if these ideals aren’t always apparent in their art. For instance, an artist’s interactions with fans, critics, and collaborators are just as much a part of this sphere of influence as the art itself. Considering this, it’s important to remember that fame is power: a power which has often been abused, as evident in the many testemonies of sexual assault by film producers and directors.

Already, a robust discussion about the place of art which is explicitly oppressive yet still somehow manages to accrue a league of defenders (for instance, some of the bafflingly controversial stand-up comedy) has been entertained. There’s been plenty of discussion about the so called “cancel culture,” a loaded term implying that art should somehow be immune to political criticism. All art is political, and the message that you put forth is always going to be a risk, and by its very nature should be scrutinized critically. But there’s a certain grey area in talking about the intersection between art and politics, where the personal lives of artists, which may seem to be completely separate from their actual art, cannot help but attract attention for all the gasps of horror that they may ensue. So the question I would like to ask is: when these hidden personal lives become problematic, does this affect our perception of the artist’s creation? Should an artist’s lifestyle and political choices outside of their art production still be considered? Is it ever possible to sever the two?

When I was in grade school, I idolized Keith Moon, the chaotic drummer of British Rock band, The Who. I read his extensive biography, hanging on every word of the biographer, Toni Fletcher. While reading it, I came to the overall conclusion that Keith Moon was a complex and ultimately problematic person, namely in the fact that he was abusive to his wife. And yet, I still consider his drumming skills to be some of the best. I didn’t stop listening to The Who, or even for that matter telling people what a talented drummer Keith Moon was, just because of this newfound information about his personal life; and yet, is there not some value to having a nuanced view of celebrities in recognizing their faults as well as their skills? Unadulterated idolization never did anyone any good, surely. But what about the shadow that such information casts as well? How could I ignore the information of the abuse and trauma that Moon caused to some of those around him, and still enjoy the band’s music? Was it somehow worse to willfully ignore these faults now that I was aware, and continue to espouse the praise of the band?

I still don’t have any easy answers to these questions. On the one hand, I do truly enjoy the music that The Who created, and I doubt, for nostalgic reasons, as well as personal taste, that I will ever stop listening to their music. But the fact is that celebrities and artists are public figures, and have massive influence on the way the larger schema of culture tends to shift. It seems somehow perverse for me to enjoy Keith Moon’s drumming, even though there is no correlation between his skill as a musician and the treatment of his wife. And it was never easy to separate the art and the artist, regardless of whether there is a problem. I’m not inclined to say “Oh, the drumming on that track is particularly good.” Rather, I’d say, “Wow, Keith Moon is really something,” because it feels more satisfying and fulfilling to our want of human connection to assign a face and a name to art which invokes such human responses.

So, how can one be justified in ignoring an artists’ personal life?

It might be worth while making a distinction between the mistakes of artists of the past from those that are still alive. Partially because they live(d) in different contexts, and also because artists of the present still have a chance to change for the better. In terms of art of the past, perhaps the best method is to educate ourselves as best we can, and acknowledge an artist’s faults with their skills. In addressing the so called “canon” of often problematic creative types preserved from the past, I highly doubt that anyone is going to stop teaching Dostoyevsky and Shakespeare in literature classes, even though some of their views are outdated. Some may even argue that it is this “outdatedness” which serves as a discussion point on how we have and still can improve in our social conscientiousness as a literary and artistic culture. It doesn’t pay to ignore these problems in lieu of their talents for fear of losing a critical eye or seeming indifferent to the possibility of offense. Or worse, that these ideas might be adopted as justification for modern day reiterations of the same types of oppression. But these faults that seem so common in the so-called “classics” are also why it pays to deviate from the canon and see what other works may have to offer: a different view-point of a past era, and perhaps a viewpoint that is less hateful.

When addressing contemporary, living artists who have problematic personal lives, the situation becomes interesting. After all, if they are alive and have made mistakes, they still have a chance to redeem themselves and learn from their mistakes. This doesn’t always happen of course, but it is all the more reason why it’s worthwhile to recognize these mistakes. After all, these are the people who define our popular culture, and if we are ever to improve, then that is a good place to start being critical.

What’s more, real estate on the pop cultural consciousness is so incredibly valuable, that as consumers of culture, we need to be cognizant of who we are granting it to, as well as who we may be excluding in our choices. While a certain level of due process and forgiveness to the complexities of humanity is a decent trait, I believe that it’s important to ask ourselves if there isn’t someone else who would do a better job posing as this decade’s artistic darling (and by better job, I mean someone who isn’t woefully problematic). All artistic fields are inherently competitive, which means that there is almost certainly a less problematic, but equally talented artist who deserves our attention just as much, if not more so. We, as consumers, have a hidden power over who “makes it” in the art world and who doesn’t. We need to be conscious of our ability to shape our culture. Our artistic idols define who we are as a society, and thus, in order to ever grow and become more conscientious, it’s important to have the full picture, and treat that picture with a critical eye to the subtleties of art and the social.