Loyle Carner is Letting You In

Review of Not Waving, But Drowning 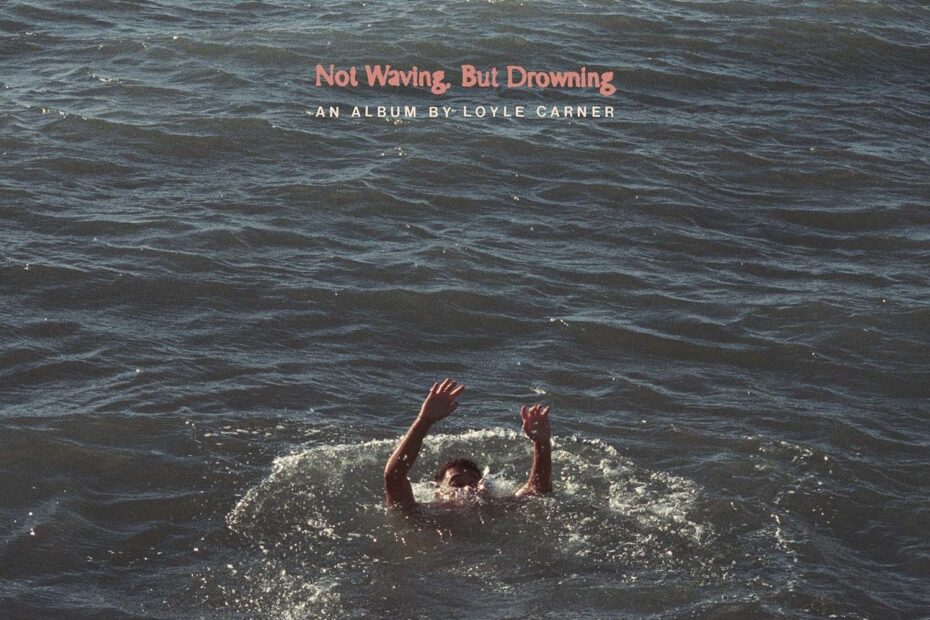 Loyle Carner is letting you in. Born Benjamin Coyle-Larner, the 25-year-old rapper from South London delivers introspective and heartfelt lyrics over jazz-influenced melodies. Not Waving, But Drowning is his sophomore album, a follow up to his acclaimed 2017 debut Yesterday’s Gone, and the second chapter in Carner’s musical memoir. It’s an intimate collage of recordings from his daily life, paired with love letters addressed to his mother and his partner. To lost friends, and to his haters. To Roots Manuva. To his fathers, to the sun, and to the joy of storytelling.

On the opening track of Not Waving, But Drowning, Carner has fallen in love, and he’s ready to move “out the south, out the house,” but “never out of touch” with his mother. “Dear Jean” is his “Dear Mama” moment. Like Tupac, Carner praises his mother, rapping with a mid-tempo flow: “I had a dream and it came true / And I can only blame you.” Carner then allows Jean to respond on the album’s final track “Dear Ben” – a master class in vulnerability. Over the same bright piano melody as “Dear Jean,” Carner’s mother reads out a poem she’s written about her son’s childhood, and reflects on the loss of his stepfather. “Wait until the world hears this!” Carner tells her in the track’s outro. Then, if you’re paying attention, you can hear the rapper kiss his mother on the cheek right before the music ends.

Despite the positive outlook musically embedded within this new chapter, Carner doesn’t shy away from sharing his struggles. Many songs on Not Waving, But Drowning revolve around feelings of alienation and insecurity. “I’m lost / Still / Wondering my cost” he admits on “Still,” and then again in the hook of “Looking Back,” a song that explores Carner’s mixed racial identity. “I’m thinking that my great grandfather could have owned my other one,” he writes. “And yo, that shit is weird.” Most tracks are piano-led and feature minimal percussion. This stripped-down feel, along with Carner’s signature spoken-word delivery draws attention to the personal nature of his lyrics. Carner could almost be sitting beside you on his living room sofa, confessing all his darkest fears.

“It’s Coming Home?” is a centering moment for the album. Captured by Carner’s mother on the night of England’s penalty shootout victory in the 2018 World Cup, the recording features the Coyle-Larner family’s banter over the sound of a television. The track goes silent twenty seconds in, until it explodes with astonished cheers – a loud, overwhelming instance of pure joy. This small victory matters, even though England goes on to lose the World Cup. After listening to Carner struggle with feeling at home in the world, to hear him holler with delight is an emotional experience. Above all, Not Waving, But Drowning is a celebration of hope – a sonic reminder to “leave everything in yesterday,” (“Ottolenghi”) and to keep going despite your losses. And when Loyle Carner wonders if the “blazing sun” will ever shine again, you believe that it will.