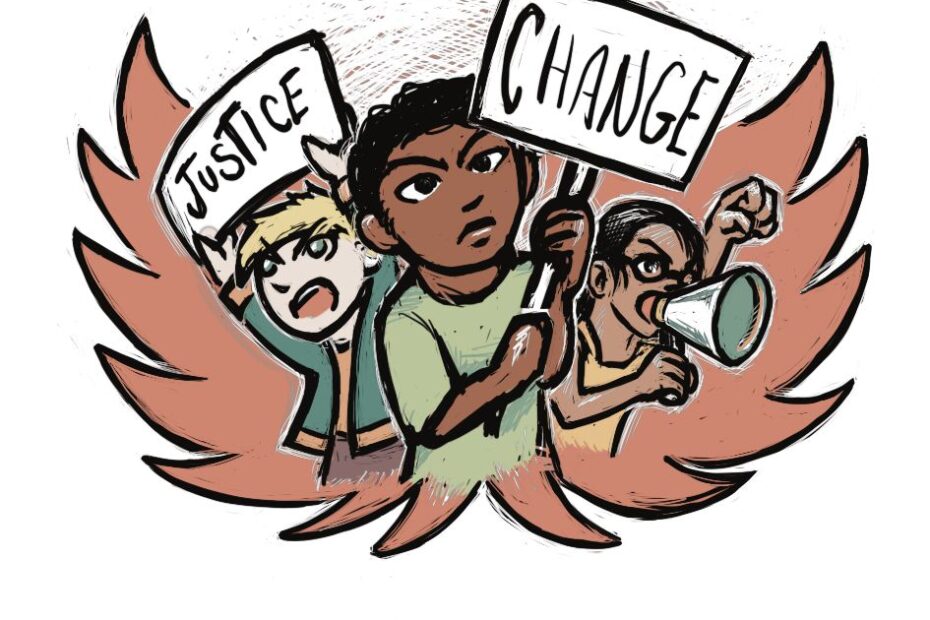 The 2021–2022 academic year saw a range of student-led activism across the McGill campus as students mobilized against an institution historically unreceptive to change. The Fall 2021 semester kicked off with SSMU protesting for more stringent COVID-19 protocols. These included a vaccine mandate as well as an increase in accommodations for those for whom it was unsafe to return to in-person learning.

In the following semester, undergraduates from the School of Social Work and graduate students from the Faculty of Education and Law went on strike due to having similar health and safety concerns with the return to in-person learning during the surge of the COVID-19 Omicron variant in Canada. Despite the calls of student activists, the University never implemented a vaccine mandate, accommodations remained minimal, and in-person learning continued from January 24 through the end of the Winter term.

From March 7 to March 17, Divest McGill staged #OccupyMcGill – an occupation of the McCall MacBain Arts Building where students slept in tents for ten nights and hosted programming during the day. These students called on the University to divest from the top 200 fossil fuel companies, to divest “from colonial projects like the coastal gaslink pipeline trespassing on unceded wet’suwet’en territory,” and to democratize the Board of Directors.

Also on March 17, Floor Fellows in the Association of McGill University Support Employees (AMUSE) went on strike for a more equitable collective agreement, which included a higher minimum wage.

Following more than two weeks on strike, AMUSE reached a tentative agreement with the University.

Students advocating for more equitable policies and practices at their institution have historically served as a primary catalyst for change at McGill. Below are some of these instances, sourced from the Feminist Student News and Protest Archive (SNAP), “a collection of materials related to student activism around sexual violence, primarily on the McGill University campus.” These cases exemplify how decades of student advocacy has been met with much delayed and minimal response from the University.

In 1991, the McGill Native Awareness Coalition (NCA) attempted to change the name of the McGill’s men’s varsity athletics team. The name evoked an anti-Indigenous stereotype, combined with the logo which featured anti-Indigenous imagery. Before 1991, McGill’s athletics teams had been colloquially known as other anti-Indigenous names as well. It wasn’t until the 2017–2019 Change the Name campaign that the name formally changed. The campaign was led by Tomas Jirousek, an athlete, Kainai Nation and Blackfoot Confederacy member, and the SSMU Indigenous Affairs commissioner.

In 1991, students of the McGill Sexual Assault Centre (MSAC) called on the University to implement a sexual violence policy – cases of sexual assault were then being addressed under the general policy. Sylvia Di Jorio told the Daily, “It is insulting to equate being raped with being punched in the face […] McGill’s assault policy does not address the trauma and impact of rape.”

According to the Sexual Assault Policy Working Group (SAP), it was not until 2016, after three years of drafting, that a sexual assault policy was adopted. The policy aimed to be pro-survivor, accessible, and intersectional; however, the policy has been criticized for not putting survivors first, or for not being followed up with practice and adequate funding of resources. The policy was reviewed in 2019 and was last up for renewal in March – McGill has not posted any further updates, and the next review date is unknown.