“No One Reached Out to Me”: A Survivor’s Experience Reporting Sexual Assault on Campus

OSVRSE’s lack of support from McGill administration is harmful 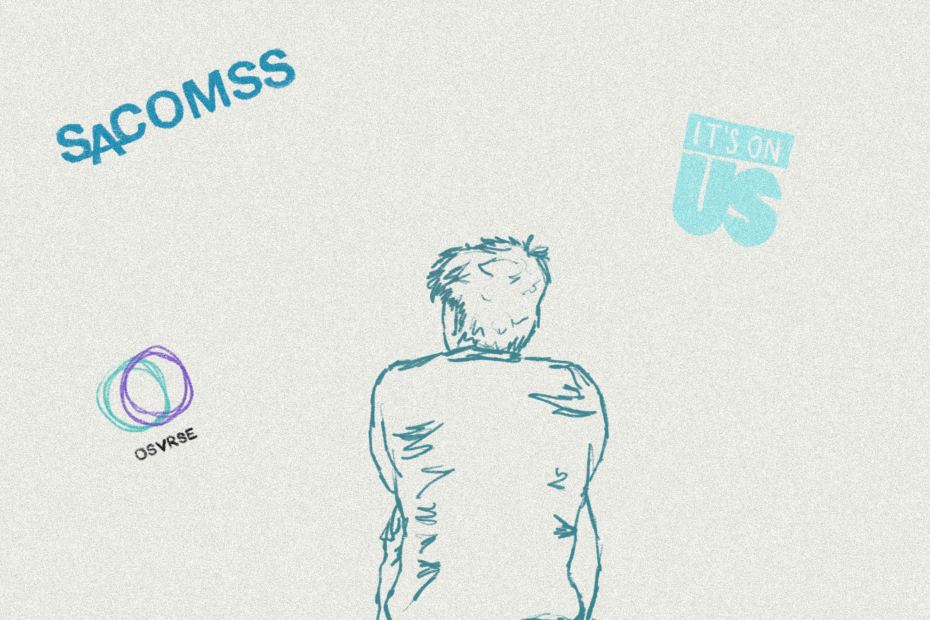 It’s a well-known fact at McGill that administration has consistently failed survivors in the disclosure and reporting process of sexual assault. In recent months, the McGill administration has attempted to give student organizations a seat at the table, principally through the involvement in a January 24 collaborative roundtable between the Office for Sexual Violence Response, Support and Education (OSVRSE) and the McGill chapter of It’s On Us, a campus organization that seeks to educate students about sexual violence. Though events such as these are a meaningful way for students to communicate their concerns directly to those in charge of protecting the student body, the utter lack of institutional change from McGill administration and repeated instances of survivors being harmed by McGill’s poorly implemented policies prove that we are a long way from seeing real change. The Daily spoke with a survivor about their negative experience reporting their sexual assault to administration, and learned more from the president of It’s On Us McGill about their panel and discussions with the McGill administration.

Alice* reported her sexual assault to McGill in 2020, before the pandemic. Alice believes that due to COVID-19, her case “fell through the cracks,” as her OSVRSE-assigned counsellor told her she did not have time to see her anymore. Nobody at the university was able to provide support to Alice once she left Quebec due to laws concerning out-of-province health care, something that was not made clear to Alice before she left. When we asked Alice if she was directed toward other resources or people to try and contact for support once OSVRSE was unable to provide services, she said, “No, they didn’t give me any other resources.”

OSVRSE was formed in 2016 under the Office of the Dean of Students, in order to help implement the newly-instated McGill Policy Against Sexual Violence. However, students have voiced concerns that the office is over-burdened and under-funded, leading to a lack of accessibility for students in need. Currently located at 550 Sherbrooke, the office is difficult to find and difficult to access within the building. “The building itself has, like, three elevators, and they all go to different floors,” Alice explained. “I can’t imagine trying to navigate that if you’re in distress.” While it’s beneficial to have OSVRSE’s office in a discreet location, there is no reason for the office to be so complicated to access, with limited information about how to enter the office if an individual uses a wheelchair or has accessibility concerns. McGill administration owes OSVRSE more in order for the staff to be better prepared to equip students.

Isabella Kalarickal, President of It’s On Us McGill, highlighted how students are having to provide services that the administration is incapable of providing. “Although I am grateful It’s On Us can help the student body by compiling their concerns and questions and relaying it to the administration, at the end of the day, we are fulfilling a need the university is not providing for,” she explained. Kalarickal also noted that the roundtable event organized with OSVRSE was ultimately a way for It’s On Us to do the labour of engaging students, while the administration does little else to prove their commitment to survivors on campus. Kalarickal pointed out, “It is the university’s responsibility to communicate with their students and provide them with a space to voice their frustrations, needs, and suggestions. We are volunteering to do this, but it’s frustrating to see little action other than the panel event, and no move to address students directly.”

At the panel, administration responded to questions from students about where to find support, pointing toward services like OSVRSE and SACCOMS (Sexual Assault Centre of the McGill Students’ Society), which can help with mental health support during the reporting process. However, Alice found it difficult to be connected to these resources, and highlighted how students are only able to find resources after an assault, rather than being educated about where to go for support from the beginning of their time at university. “Finding the resources themselves was really difficult. I had no idea who to reach out to or where to reach out when it happened,” commented Alice. “OSVRSE, I felt like, was survivor-centric, but limited because of the resources that they have. They have no resources. They really actually can’t make the changes that they want to make.”

In contrast to Alice’s experience with reporting, Dean of Students Robin Beech claimed resources are easy to access and provided to all students. According to administration, moreover, there is a standard support package provided to all students who report an assault, and students will be communicated with in order to reduce the risk of seeing their abuser on campus. “They communicated to me that there was something that I thought was quite good, something where they make sure you don’t run into your abuser on campus,” Alice explained. “But I have seen multiple abusers at University events, even after being red-flagged. I don’t think that the organizers check. I don’t think that the administration puts it on the organizers to check.”

Alice’s experience raises an issue with regard to Quebec privacy laws, which dictate an accused person’s right to privacy and anonymity throughout the reporting process. At the panel discussion, Deputy Provost Fabrice Lebau explained that the university is bound by a lot of rules and laws about privacy. Beech suggested that because the sexual violence policy centres the survivor, releasing the outcome of a disciplinary case would put the survivor front and centre, thereby endangering them further. Beech’s suggestion speaks for survivors, and it does not acknowledge that most survivors on campus do not wish for the intimate details of their cases to be publicly shared but rather that their abuser be kept from attending the same campus events as them with a policy similar to the SSMU’s Involvement Restriction Policy (IRP).

The legal constraints that administration refers to come from a policy known as the “code of silence,” adopted in 2017 by the Quebec National Assembly, which makes something even as basic as an IRP-style list unlikely to happen. The code of silence makes it so that CEGEP and university administrations cannot publicly share the sanctions imposed on an abuser on campus – or even reveal whether or not sanctions were imposed in the first place. Past VP University Affairs Brooklyn Frizzle notes that “this code of silence is another example of how the institution protects the aggressor while keeping the survivor in the dark.”

Alice has seen her abuser on campus several times since reporting her case, but her most recent interactions with on-campus support has demonstrated that administration doesn’t care. Nobody checked in with Alice during the period between her reporting her case and now: “No one reached out to me, but I reached out to someone maybe two months ago or last month. I told them I needed some extra support with my academics, because I was seeing my abuser around campus a lot and it was really difficult for me to deal with. So I told them, ‘Hey, please can you make some sort of accommodation for me? Can you reach out to my professors and tell them I need more time?’ And they said because I already have accommodations with the OSD for my disability, sending the email won’t make a difference.” When Alice asked OSVRSE to email her professors on her behalf, they suggested that she email her professors herself. “I wasn’t comfortable talking about that with my professors,” Alice explained.

The McGill administration fails to support survivors – and Quebec’s privacy laws don’t change that. In many cases, survivors simply want McGill to support them through their experience, by providing academic and mental health accommodations to help them deal with their trauma. At the panel discussion, Beech suggested that if an abuser was sent to his office a second time for breaking the Student Code of Conduct, it would be flagged “so a second incident would be taken much more seriously.” Kalarickal found this sentiment disturbing: “Any incident of sexual violence, whether it is a repeat offender or not, should be taken equally seriously and the perpetrator should be held accountable. Someone’s trauma is not mitigated by whether or not their perpetrator has a history.”

Administration’s recent attempts to connect with the McGill community and demonstrate a care for survivors of sexual assault have failed because the lived experiences of survivors on campus demonstrate that the student body can’t expect to be supported by the University in the face of sexual assault. It’s On Us McGill has been having regular meetings with the administration, to help bridge the gap between admin and student voices. Per Kalarickal, however, “excluding the panel event, we have not seen any change or heard any updates from the administration,” rendering events like this panel somewhat performative. Kalarickal believes that “there needs to be a sustained effort and communication from the administration to rebuild trust within the McGill community.” Until then, there is no reason for survivors on campus to have faith that the university will support them through their trauma.