“Community Control, Not Oil, Not Coal” 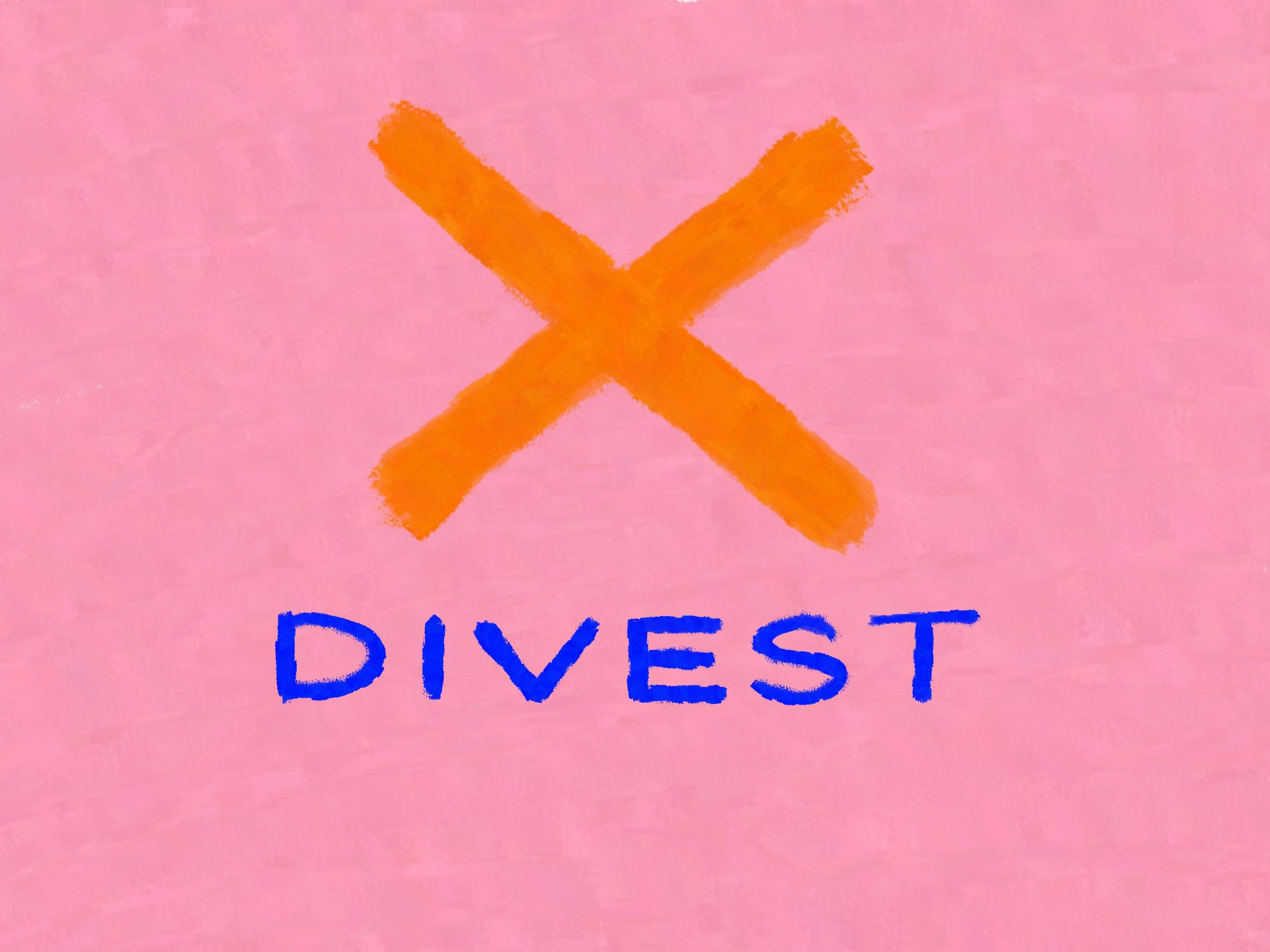 On March 7, Divest McGill announced its occupation of the McCall MacBain Arts Building, commonly known as the Arts Building by students. The occupation was organized to express solidarity with Wet’suwet’en land defenders, advocate for democratization of the university, and pressure the university to divest from the fossil fuel industry and corporations complicit in human rights violations. In particular, the press release regarding the occupation demands divestment from TC Energy, noting that McGill has a $3,467,323 investment in the corporation; the booklet linked on the Divest McGill website also names Lockheed-Martin, Re/Max, the Oshkosh corporation, Puma, Foot Locker, Nordstrom, and Kohl’s as part of McGill’s imperialist investments.

Occupiers set up in the lobby of the Arts Building, crowded with tents, pamphlets, and posters. “Don’t mourn, organize,” a banner reminds passers-by; another one reads “Community Control, Not Oil, Not Coal.” Throughout the first week of the occupation, Divest McGill held a number of events centred around democratization and divestment. On March 14, the group announced their intention to continue the occupation for another week. As of March 18, the Arts Building is still occupied by Divest activists; the occupation expanded to the Y-intersection on March 17, where Divest organizers platformed Floor Fellows in their announcement of their strike.

The events which Divest hosted included a number of community discussions and educational initiatives. One such event was the March 9 discussion on anarchism – attendees spoke about what anarchism meant to them, then briefly went over early anarchist history. Additionally, attendees discussed how to get involved with mutual aid initiatives and direct action.

The Wednesday evening session began where the afternoon session concluded: by continuing to flesh out the group’s frustrations over McGill’s colonial past. Leading with an anecdote over how Canada is “not a country” (for it has “no culture,” “no language” – it is all stolen Indigenous land), the occupiers transitioned into discussing three instances where the university had historically wronged various Indigenous groups.

First, the Divest occupiers discussed James McGill’s enslavement of two Indigenous people. McGill, who famously donated the land upon which the university that bears his name stands upon, continues to have a statue on the campus grounds – much to the occupiers’ frustration. Though a petition to remove McGill’s statue has amassed over 5,000 signatures and McGill University has said they’ll make an official decision by the end of the bicentennial year, there remains ambiguity over what such a timeline would look like.

Second, the group spoke on McGill University’s historic misuse of Native Indigenous funds. Pointing to the university’s early financial difficulties “where instructors could not be compensated and resources… were scarce,” the group explained how the institution was forced to turn to the Canadian government in the 1860s to save itself from bankruptcy; receiving a lifeline, the Province of Canada withdrew $40,000 from the General Indian Trust Fund, loaning the money to McGill. Crucially, the deal was only secured following a $8,000 down payment from the university – a sum that was acquired via a fund allocated to the Six Nations of the Grand River. While McGill alleges to have settled their debt with the Quebec government in 1873, the original $8,000 used to secure the loan was never returned to the Indigenous groups from which it was taken. The occupiers went on to explain how the unpaid $8,000 loan – when accounting for interest – would be worth an estimated $1.7 billion today.

The Divest occupiers concluded the first half of the session by discussing the controversy surrounding McGill’s New Vic project. The $700 million construction project, which plans to transform the old Royal Victoria Hospital site into new classrooms, sparked controversy when the Kahnistensera Mohawk Mothers sued McGill over the plans. The Kahnistensera Mohawk Mothers, who take issue with the building site, seek to stop the renovation plans until “a thorough investigation of the grounds is carried out for searching unmarked graves of individuals unlawfully experimented upon.” The injunction is, as of writing, still ongoing.

Switching to a more informal second half of the event, the conversation transitioned to discussing how the Divest occupiers could work to further democratize the university. Dividing into break out groups, the occupiers went on to discuss topics ranging from endowment justice, to democratizing classrooms, to the democratization of university resources.

Perhaps the most constructive break out group discussion was that on how to further democratize the university classroom. The popcorn style discussion brought forth a variety of suggestions on how to improve McGill’s current academic policies. Beginning with grading, the group was in consensus that the exam-centric style of grading currently embraced by the western world needed an overhaul. The occupiers’ message was clear: exams did not often reflect the learning taking place by students in the classroom. In its place, the group’s solutions ranged from having a student’s best few grades from the semester being taken, to a system where grades were awarded in correlation to a student’s effort level.

Finally, another popular topic of conversation was that on endowment justice. Beginning with discussions over McGill’s increasingly unaffordable international tuition fees (which reached $56,544 this academic year), the group shared concerns over how their tuition was being spent. The occupiers agreed that they wanted more student consultation in matters concerning university spending. One such instance discussed by the occupiers was McGill’s spending in the filming of the “Made by McGill” advertising campaign. Unsurprisingly, the campaign total spend – which cost the university $1,217,632 – raised student eyebrows. Not only did the occupiers allege that McGill spent far too much on the campaign, they questioned whether the university could have more effectively spent the money, citing a lack of university spending on OSD resources. The group agreed that a solution to this would be the establishment of community controlled resources.

Running over the intended 9 p.m. end time, the session concluded with the handing out of pro-Divest pamphlets, before a movie was shown to the occupiers sleeping the night in the Arts building.

Land back, McGill, the Royal Vic, and the kanien’kehá:ka kahnistensera

A Thursday afternoon event likewise explored the importance of decolonizing McGill, with one of the kanien’kehá:ka kahnistensera (Mohawk mothers) leading a discussion on the Land Back movement. As mentioned in the community-building session, McGill was spared from bankruptcy by drawing a loan from the General Indian Trust Fund – “McGill would not exist without our money. McGill has never repaid us,” the speaker said. She also highlighted McGill’s complicity in state-sponsored violence against Indigenous communities: McGill got its charter from Britain, making the school part of Britain’s colonial project. Furthermore, she pointed out that Canada should be considered a corporation or a colony as it is not a country. Although “Canada thinks it became a real country when it got a flag and its own anthem in 1967,” it was founded on stolen land.

The MK Ultra project – a series of twisted psychological experiments funded by the CIA and Canadian government, in part conducted at the Allan Memorial Institute – was also pointed to as an example of the school’s violent past. McGill’s sordid history is often hidden from the Indigenous communities of what is currently Montreal; for this reason, attendees were encouraged to aid in research about McGill’s past conducted by the kanien’kehá:ka kahnistensera.

Attempting to decolonize McGill cannot undo the harm that the school and state have already inflicted – “the destruction of our land, our waters, our people, how do you fix that?” she asked. Nonetheless, decolonization goes hand-in-hand with divestment: in Mohawk culture, unborn children are considered owners of the land – mothers are thus tasked with taking care of the land for them. This idea is crucial to combating climate change: “True climate justice means solidarity means divestment & decolonization,” the organization tweeted about the event.

According to a March 11 Twitter thread on the Divest McGill account, a “loud siren noise” was played within the Arts Building lobby to drive out occupiers. “We are under the impression that this is the act of one, angry staff member [sic.],” the thread continued. However, a statement provided to the Daily by the Media Relations Office (MRO) claimed that the noise “was caused by an alarm that was accidently [sic.] triggered.”

The MRO statement also said that the University has “shown leadership in sustainability and climate activities,” pointing to the Committee to Advise on Matters of Social Responsibility (CAMSR), and the University’s “investments in clean technologies, renewable energy, pollution prevention, and other low-carbon funds,” as proof of McGill’s commitment to sustainability. In December 2019, CAMSR recommended decarbonization rather than divestment – per the MRO statement, “McGill is well on its way to meeting the […] goal of a 33 per cent reduction in carbon emissions by 2025.” Additionally, the school has reduced the carbon emissions of its public equity endowment portfolio by 20 per cent – the statement claims that this reduction “is already more than could have been accomplished by divesting from fossil fuel industry holdings alone.” However, economists have pointed out that part of the benefit of divestment is the social and political stigmatization of the fossil fuel industry, expanding divestment’s impact beyond a university’s carbon footprint. The statement does not acknowledge McGill’s investment in companies complicit in human rights violations, from which Divest McGill also encourages divestment.

Additionally, the Daily reached out to Security Services to request the Operating Procedures for the Arts Building along with a copy of security logs for the week of March 7; Security Services declined to provide these documents, explaining that they are “confidential and for internal use only.” However, the Operating Procedures Regarding Demonstrations, Protests and Occupations on McGill University Campuses are available on the Secretariat’s website – these procedures clarify that “University representatives will […] issue a clear warning” that disciplinary action will be taken if occupiers and demonstrators have transgressed the parameters outlined in the Procedures.