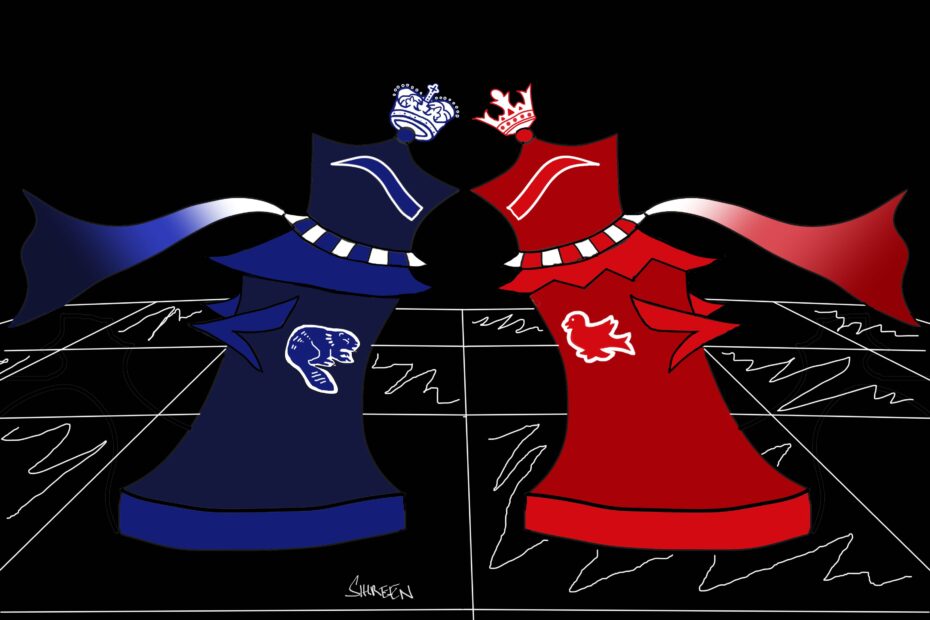 On October 27, University of Toronto (UofT) President Meric Gertler announced the university’s commitment to divest from fossil fuel companies within its endowment fund of $4 billion, citing findings from the United Nations and the World Health Organization on the impending climate crisis which “now demands bold actions that have both substantive and symbolic impact.” This divestment includes a pledge to divest from all direct investments in fossil fuel companies within the next 12 months and to divest from indirect investments by 2030 at the latest. These indirect investments are typically made through “pooled and commingled vehicles managed by third-party fund managers.”

This decision follows those of many other universities across Canada and the United States in the past few years, including Concordia University in 2019 and Harvard University this past September. In 2017 Laval University in Quebec became the first Canadian university to commit to full divestment from fossil fuels, but reneged this promise two years later. As of 2021, approximately 220 postsecondary institutions have divested from the fossil fuel industry.

UofT’s decision was motivated by its perceived role as a leading academic institution to meet the “urgent challenge” of the climate crisis and its responsibility for the detrimental effects that will “disproportionately fall on students and generations of future students and children around the world.” In a letter to the UofT community, President Gertler said that the hope in divesting is to influence other investors and “government actors at home and abroad” to “intensify their efforts to tackle the challenge of climate change.”

While this decision was celebrated by UofT students and staff as well as climate activists across Canada, many claim that it comes far too late. In an open letter signed by a lengthy list of UofT professors in subjects ranging from astrophysics to environmental science, critics pointed out the university’s failure to divest from fossil fuels when its own expert advisory panel suggested targeted divestment six years ago. Further, they claim that UofT has violated its own policy by continuing to invest in firms that cause “social injury” – that is, harming consumers, employees, and others through company activities – up until its announcement to divest.

Similarly, members of Divest McGill, an organization that has been fighting for McGill’s divestment in fossil fuels since 2012, claim that McGill violates its restriction of investment in firms “causing social injury” by refusing to fully divest from fossil fuel firms.

In 2015, representatives of Divest presented a 150-page research brief to McGill’s Board of Governors (BoG) in hopes of achieving a complete and transparent divestment from the top 200 fossil fuel companies. Their petition was rejected by the Committee to Advise Matters of Social Responsibility (CAMSR), who claimed in their 2016 report that “continuing to explore or refusing to keep unburnable reserves underground does not directly have grave injurious impact on individuals or the natural environment.” This was the second occasion in which the CAMSR was faced with petitions and demands to vote for divestment, the first being in 2013. In both cases, no recommendation was made to the BoG based on this finding, though their reports influenced the  Board’s endorsement of an expanded action plan to address climate issues.

While remaining resistant to calls for full divestment, McGill is pursuing a “responsible investment” charter that considers environmental, social, and governance factors in investment decisions and focuses on reducing the university’s carbon footprint. Their policy includes the long term targets of becoming zero-waste by 2035 and achieving carbon neutrality by 2040, and affirms a “responsibility as members of the global community [to] do what we can to achieve these goals to reduce our impact on climate change and contribute positively to the sustainability of the planet.” McGill’s commitment to decarbonization comes alongside the COP26, which concluded with global leaders’ commitment to the accelerated decarbonization of cities and industry.

The university board’s decision to decarbonize its investment portfolio rather than to divest its nearly $50 million invested in fossil fuels has come as a disappointment to many students and professors. In January 2020, philosophy and environment professor Gregory Mikkelson resigned from his tenured position in response to the university’s inaction. McGill’s $9.2 million investment in fossil-fuel-free funds as of December 2020 is “a wholly inadequate, token response to Divest McGill’s remarkable and nearly-decade-long organizing effort,” Mikkelson told the Daily.

Indigenous nations and communities are among those impacted by investments in fossil fuel industries. According to mcgillinvests, McGill’s investment profile includes holdings in fossil fuel companies such as Enbridge Inc., which has operated several large crude-oil pipelines in the US and Canada running over the land and communities of countless Indigenous nations. Notably, Enbridge’s Line 3 pipeline in Minnesota has been met with fierce opposition by the Ojibwe tribe, whose waterways, land, and ways of life are threatened by its construction.

McGill is also invested in TC Energy, the owners of the Coastal Gas Link pipeline which the Wet’suwet’en people of British Columbia have been fighting to stop since 2008 in the face of police brutalization and a 2020 Supreme Court injunction barring members of the Wet’suwet’en nation from obstructing work on the pipeline. As Mikkelson notes, the Canadian government’s failure to move away from fossil fuels mirrors that of McGill: “the same ruling class that stymies ecological progress at the national level does the same at the organizational level, for example through its dominance within the McGill Board of Governors.” Mikkelson refers to the BoG’s composition, consisting of eight elected board members – two on the behalf of the student body – and the rest of the 25 total members coming mainly from “the corporate world.”  Divest notes, for example, that previous CAMSR chair and current board member Cynthia Price-Verrault worked for 20 years in the petroleum industry.

Divest’s 2015  proposal to the BoG suggested a preliminary strategy from only Enbridge and Shell, citing environmental and social injury caused by both companies. The proposal was denied.

The movement for divestment is tied to advocacy from students and staff for a more democratic decision-making process from McGill. On Friday, November 19, members of Divest McGill and the broader McGill community gathered in the Arts building for an assembly on the democratization of McGill’s governing board. The assembly concluded in a unanimous vote for the formation of a new coalition to democratize the decision-making body. This new coalition comes after nearly a decade of continuously being blocked by the BoG, leading Divest McGill to “reach a boiling point:” “We are now fighting for a democratic university: a change in the governance structure as the only way to change McGill’s relationship with the fossil fuel industry,” the organization said in a statement prior to the assembly. Lola Milder, a Divest McGill member who attended the assembly, says that McGill’s statements claiming to work towards “a holistic and intersectional understanding of our environment” and to consider equity as a part of its sustainability plan are contradictory: “Statements like that are intended to satisfy and quiet movements of dissent, but we aren’t satisfied or quieted.”

While the focus of many climate activists is on the role of business corporations in fueling the climate crisis, colleges and universities have drawn significant attention and pressure to take action. This is not the first case in which McGill’s board has found itself faced with pressures to divest in order to be “on the right side of history,” as Mikkelson puts it: in 1985, McGill announced its decision to divest from companies with business in apartheid South Africa – only after disruptive student protests and four years of hesitation. Says Mikkelson, “It seems like sheer obstinacy for the university’s bosses to continue holding out at this late hour,” given that so many Canadian universities have announced divestment.

Regarding the distinct role of educational institutions in this fight and in other social crises, Mikkelson claims that “universities’ investment decisions [hold] greater symbolic power and hence political impact – for good or ill, depending on whether those decisions come down on the right side of history or not, regarding such issues as apartheid, smoking, and fossil fuel.”

The IPCC Working Group 1 report released in August 2021 stated that climate change is irreversible and that no “safe” threshold for climate change exists; the planet would not cool down again upon reaching net-zero carbon emissions. The “net-zero” target prominent in the media signifies that ongoing emissions released will be “balanced” with emissions reductions by other countries or institutions, as opposed to “gross zero” emissions, which would eliminate carbon emissions altogether. The International Energy Agency has found that “ensuring we add no more CO2 emissions to the atmosphere than we remove is considered to be essential” to limit global warming to 1.5 degrees Celsius above pre-industrial levels. According to the study, this is possible, but only with some drastic changes, including no new sales of fossil fuel boilers by 2025 and no new oil and gas fields approved for development by 2021, an immediate demand.

For advocates of fossil fuel divestment and climate action, these facts make the fight ever more important. “In the case of fossil fuels, divestment has also begun to hinder the industry’s access to funding,” says Mikkelson. The BoG’s decision to withhold from divestment, he says, does not “bode well for [McGill].”

The Daily regrets these errors.