Can Only White Men Talk About Science on TikTok?

How the app restricts diverse perspectives and content on science 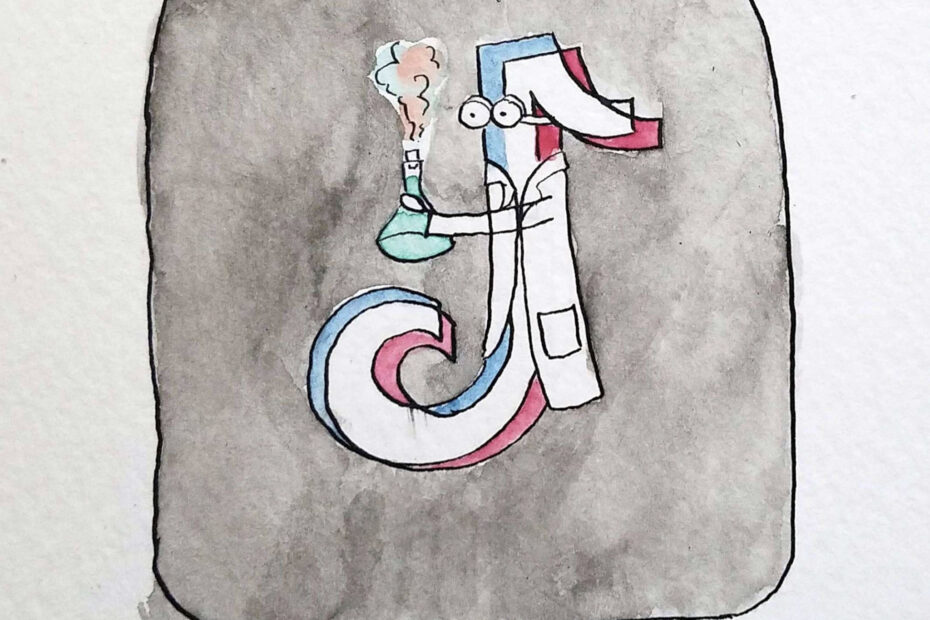 If you have a TikTok account, you have almost certainly seen Hank Green answer a science-related question or explain a scientific concept. Even if you don’t have a TikTok account, you’ve probably seen one of these videos on Instagram, Facebook, Twitter, or some other social media platform. Already well known as a public educator (as well as an author, vlogger, musician, and others), Hank Green has spent many years teaching science through Crash Course and SciShow. Another major science account on TikTok is AsapSCIENCE, a queer Toronto-based duo who first gained popularity on YouTube (especially through their Periodic Table Song released in 2018).

While science education was wildly popular on YouTube, TikTok’s algorithm and structure has changed the way users are exposed to content. Users don’t necessarily have to seek out science content as they might on YouTube, since the content shows up directly on their “For You” pages. TikTok’s three-minute limit also forces users to explain concepts concisely, which may be particularly useful in reaching more people.

TikTok demystifies many aspects of science for those using the app who may not deal with science in their regular life, blending education with entertainment. This use of the platform has been crucial in eliminating some access barriers to science education.

The benefits of science and technology education on TikTok

TikTok science has a significantly larger audience and a further reach than more traditional forms of science education – scientific research and journal articles are often hidden behind paywalls for non-academics who do not have access through an institution, and seeking further science education often comes with a price tag.  Anyone with a smartphone or computer can use TikTok, though it’s important to remember that not everyone has access to this technology. The barrier of entry knowledge-wise is also fairly low. The majority of science videos on TikTok do not require prior knowledge of the subject. They often discuss topics in a straightforward way, using plain language and assuming that they are not speaking to experts.

There are a few different kinds of science videos on TikTok. Some videos involve creators explaining a scientific concept or breaking down the findings of a new study, such as when Abbie Richards published a TikTok explaining a recent study that she was a part of that found a link between seeking out transphobic content on TikTok and being recommended white supremacist content. Some TikTokers also do this in a more casual format – for example, AsapSCIENCE often posts videos of themselves doing popular TikTok dances with scientific facts on the screen – potentially to gain more views or make science content more fun to watch.

Other videos involve creators using the duet or stitch feature to debunk misinformation and harmful views in viral TikToks, especially around topics like contraception, autism, and the “no fap” movement. Creators also use the stitch feature (and the reply to comment feature) to answer questions about science topics.

All of these types of videos increase access to information about science and technology, and allow people who may not have access to academic materials (whether because of lack of student status, lack of prior knowledge, or financial reasons) to learn more about scientific topics that interest them and are related to current events.

Who gets to teach science and what do they get to teach?

That being said, not all science and technology creators are treated equally on TikTok. Many of the most popular creators are cisgender men, and almost all of them are white.

This is not surprising. Time and time again, people of colour on TikTok, especially Black TikTokers, have reported having their content hidden, suppressed, and erased without explanation, to the point that many of them have chosen to leave TikTok altogether. Women and people of colour in the science community are also taken less seriously than Hank Green, who people consider an authority on all scientific subjects, even though he has encouraged people to consult other creators, who are often experts in their subject areas.

It should also be noted that the Creator Fund, which allows popular creators to make money on TikTok, is limited to the United States, United Kingdom, France, Germany, Spain, and Italy. This  inherently privileges the perspectives of creators from these countries on the platform – additionally, this monetary barrier may prevent poorer creators in countries not included in the Creator Fund from making content.

Some topics are also suppressed by TikTok, particularly those related to sex and drugs. In February 2021, Dr. Jennifer Lincoln, a gynecologist who makes TikTok videos, told the Daily that she had had videos taken down with no explanation. Suppression of these types of content limits the information that can be shared on TikTok. Especially considering the large percentage of youth users on the app, access to accurate scientific information on sexual health and drug use can potentially improve the health and wellbeing of viewers.

TikTok is a very important educational resource, allowing more users to discover accessible information on various scientific topics, and providing opportunities to ask questions and interact with experts who may otherwise be unreachable. However, like any media or educational material, we have to be critical about what we are consuming. Tiktok users need to be cognizant of the perspectives that are promoted on the app and ensure we don’t perpetuate the often misogynistic and racist algorithms on the platform. And please, don’t ask Hank Green to fact-check scientists of colour.

People to check out