In Response to the Interview with the Arab Student Network 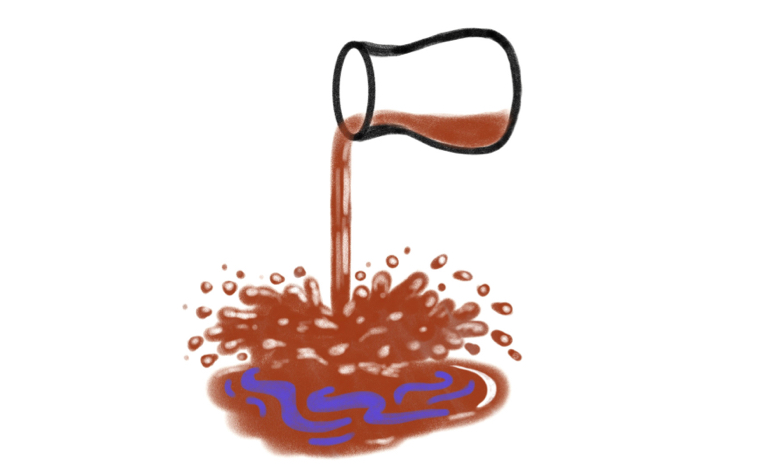 The Arab Student Network (ASN)’s goal is, in ASN President Karim Atassi’s own words, “[to benefit] all students regardless of nationality, culture, or background.” Atassi claims that the ASN stays away from the political and religious aspects of the Arab world “to ensure that students that don’t know about those conflicts or can’t relate to them don’t feel repelled from coming to our events.” This mandate has recently been executed at the expense of Arab students themselves. The ASN claims to promote “Arab culture” on campus, a claim that presents a homogenous view of “the Arab,” devoid of national, regional, or religious complexities. The ASN chooses to only promote a carefully-curated and diluted version of the culture that appears to be more accessible to non-Arab students. This year, this has included throwing a deep house party and recommending an “Arab-inspired” tea, Nai tea, to be sold at OAP. Inherent in the ASN’s diluting of Arab culture is the assumption that the Arab world is unappealing as it is and must be altered in order to be readily accepted by others. By stripping Arab culture of its realities and reducing it to its “least threatening” aspects (apparently, tea), the value of the Arab world and, by extension, Arab students falls solely on what it can offer non-Arab students.

The first mission of the ASN at McGill, according to their Facebook page, is to “inviolably present the culture and heritage of the Arab world via a secular, non-political and integrative perspective.” This emphasis on remaining “apolitical” is fundamentally flawed. All issues are inherently political, and thus infused with power dynamics. By ignoring the fact that power and privilege is distributed unevenly, the ASN further perpetuates these imbalances. When asked whether the ASN would address anti-Arab racism on campus, Atassi stated that if “Arab students [were] assaulted, […] [the ASN] would make sure to promote the secular aspects of the Arab world that everyone would enjoy.” This viewpoint assumes that the promotion of whitewashed Arab culture is sufficient to combat years of systemic racism, which is both ignorant and reductive. Stating that discounts on Nai tea will help solve complex social and political issues is a ridiculous, if not dangerous, assumption that needs to be recognized as doing nothing more than allowing oppression to proliferate.

When asked whether the ASN would address anti-Arab racism on campus, Atassi stated that if “Arab students [were] assaulted, […] [the ASN] would make sure to promote the secular aspects of the Arab world that everyone would enjoy.”

Furthermore, combating racism by promoting “secular aspects of the Arab world that everyone would enjoy” implies that religious aspects and experiences should not be promoted and displayed, as they might not be “palatable” to the rest of the world. Throughout the interview with The McGill Daily, Atassi stressed the importance of celebrating the “secular,” so that the ASN could “accommodate all students.” In a country already rife with religious prejudice, free religious expression should be valued and encouraged rather than dismissed as detrimental to “all students.” Ignoring these facets creates a climate where religious Arab students might feel uncomfortable or disrespected.

Claiming that anti-Arab racism will decrease by sharing parts of Arab culture that “everyone will be interested in” excludes more difficult conversations around race that would challenge preconceived Western ideas about Arab identities.

Moreover, inviting Nas Daily for a Q&A was anything but apolitical on the part of the ASN. Nas Daily is a Palestinian-Israeli travel video blogger who produces one-minute videos on different regions of the world and depoliticizes the geopolitics of the places he documents. One of the most blatant examples of this is when Nas explained that he “choose[s] to accept the borders of Israel and […] the new borders of Palestine” and “moves on” because “there are better and bigger things to focus on than the name of a piece of land.” Nas Daily’s take on the question of Palestine is a complete dismissal of its past and ongoing colonization, racism, forced displacement, and genocide of Palestinian people. Depoliticization is not apoliticism: depoliticization strips issues of their political context, thereby skewing people’s capacity to critically engage with what they are presented with. The ASN should recognize the difference between the two if they want to claim and defend their alleged apoliticism.

This hypocritical, apolitical stance has led to the intimidation and marginalization of students of colour on campus. The invitation of Nas Daily gave platform and legitimacy to his dismissal of the Israeli-Palestinian conflict and pro-Zionist views at McGill. Opposition to the event was strongly expressed by McGill Students in Solidarity for Palestinian Human Rights (SPHR), who said that “hosting him opens up the space for rhetoric that erases the Palestinian struggle on campus.” SPHR “oppose[d] the event taking place, so as to stay true to [their] group’s aim of raising awareness of the Palestinian struggle against occupation and oppression.” This view was supported by many students on campus, who shared their concerns on social media. However, the ASN ignored such concerns and decided to engage in intimidation tactics to ensure that their event would not be disrupted. They contacted students who criticized the Q&A individually through private messages to let them know that police would be on “high alert” and that they would remain vigilant of “potential suspects.” This framing of pro-Palestine students as “suspects” is problematic and contributes to the larger, ongoing problem of marginalizing pro-Palestine voices on campus. The ASN also went so far as to intimidate students and advise them not to come to the event in order to “stay safe” and to avoid “embarrassing” them in front of the Dean of Students and the SSMU president. Beyond this, the ASN did not make public the potential presence of uniformed police officers, despite being aware of the systemic violence and insecurity that students of colour are subjected to by police. When criticized for this, the ASN chose to deny what they had said privately and claimed that the police would not arrest any students as long as their actions remained within “legal laws.” Instead of addressing their own problematic behaviour, the ASN once again fell back on the argument that they would not “prioritize one’s nationality, culture, or religion over their ability of furthering student enjoyment, [because] doing so is against [their] core message as a Service made by students, for all students.” Are Palestinian students not part of “all students,” or do they just matter less to the ASN?

Are Palestinian students not part of “all students,” or do they just matter less to the ASN?

It is important to remember that this issue was within the context of the ASN recently becoming a SSMU service, paid for by students who do not opt-out of the $0.50 fee. The emphasis of the ASN on “not being embarrassed” in front of University officials and on providing a service for “all students” is motivated by financial gain; now that the fee levy has passed, they will receive over $10,000 from undergraduate students. The ASN chose to alienate pro-Palestine students by limiting their ability to express their dissent and to even come to their event. This is not apolitical nor is it for “all students;” rather, this the ASN appealing to liberal myths of apoliticism on campus to ensure they would later get financial support from a powerful majority.

The ASN’s claim to represent “all students” is also concerning when considering the gender imparity of their executive team. In the 2017-2018 academic year, the ASN executive team was composed exclusively of men. As confirmed by ASN President Atassi during the interview, the current 2018-2019 board of six students only includes one woman. When asked about whether the ASN considered this a problem, Atassi claimed that “in terms of ratio, [they] are 100 per cent,” as their only woman applicant was admitted and there are women on their committees. While the president said that “it would be an honour for [him] to see more women applying,” the network does not have an outreach plan to include more women in their team and does not seem aware of systemic barriers that women on campus, and in academia in general, face when trying to join executive teams. In contrast with their executive team, Atassi emphasized that their committee is made up of about 54 per cent women. Beyond the ridiculousness of seeing gender parity as the burden of women applying, and the self-congratulating for accepting the only woman applicant, the ASN needs to recognize the barriers that prevent women in their committee from considering running, the barriers while running, and the barriers that a heavily male-dominated executive team creates. It is unacceptable that a SSMU service paid for by students does not engage with initiatives to remediate, or at least recognize, that having only one woman within their executive team is a problem.

Beyond the ridiculousness of seeing gender parity as the burden of women applying, and the self-congratulating for accepting the only woman applicant, the ASN needs to recognize the barriers that prevent women in their committee from considering running.

The ASN’s mandate, whether consciously or not, is directly failing Arab students by refusing to engage with them in a meaningful way. They have prioritized and catered their services to non-Arab students to the exclusion of Arab students, while simply using the “Arab” name to appeal to the latter group. The ASN’s existence as an apolitical, secular SSMU service will make it incredibly difficult for another Arab student organization to exist in the same capacity, due to their claim to an all-encompassing “Arab” label for their service. The ASN has taken the space of an Arab student service on campus and have chosen to use their platform to appeal to non-Arab students, when they could be addressing anti-Arab racism, holding workshops, and sharing “Arab culture” in a truer, more complex way than selling tea. The ASN’s reach and means, and therefore their responsibility, are greater than those of other Arab student clubs and organizations on campus, and they must acknowledge the reality of their inherently flawed mandate, especially if they want to, as Atassi affirmed, benefit “all students, non-exclusively.”