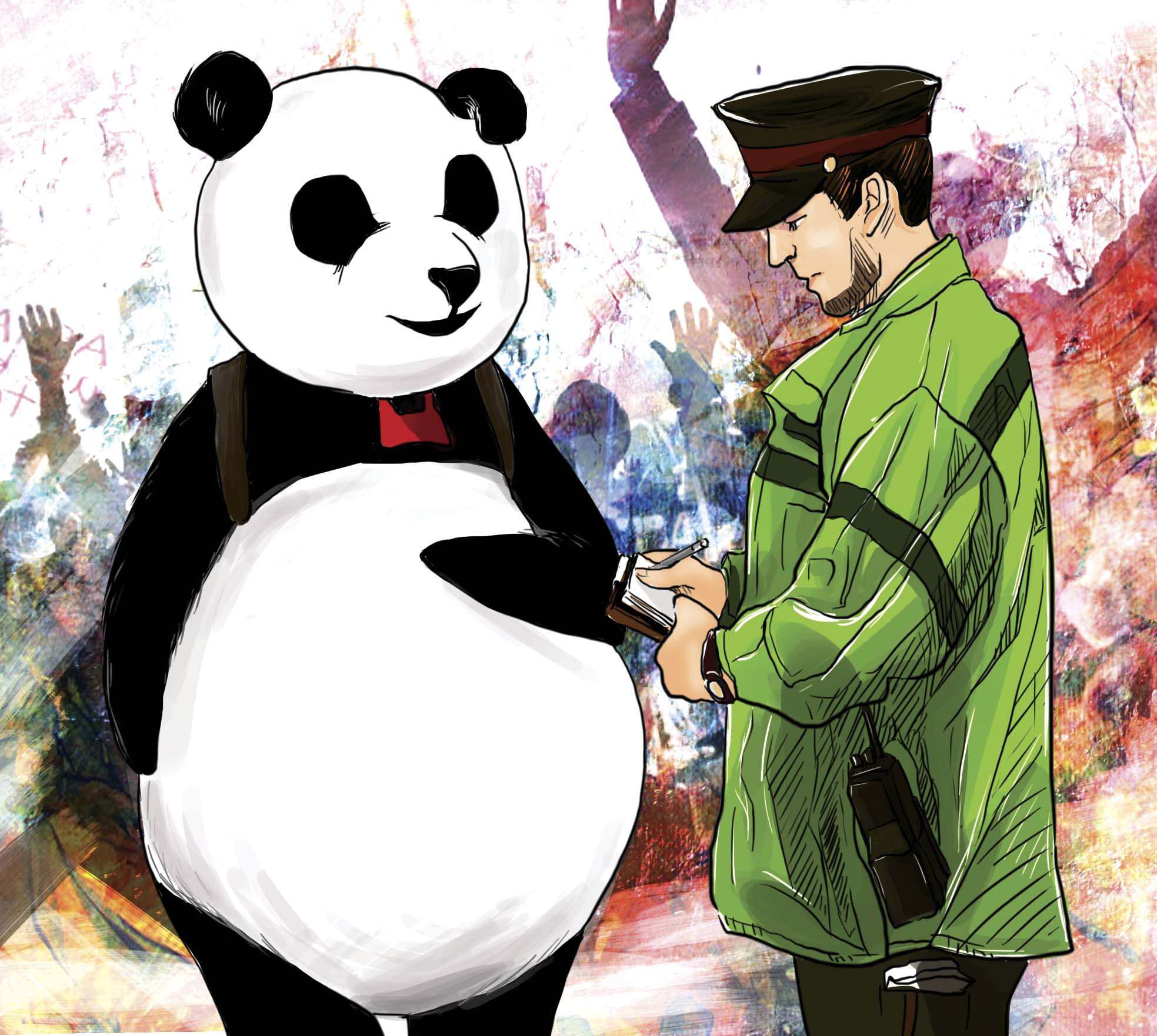 Since a court ruling in February 2015 that found police actions in a 2013 demonstration in downtown Montreal unwarranted, activists claim that there has been little change in how the Service de Police de la Ville de Montréal (SPVM) has been acting during protests, and say, if anything, its methods have become more violent.

At issue here are two key pieces of legislation. The first, which has generated the most controversy, is Montreal’s municipal bylaw P-6. Amendments 2.1 and 3.2, added to the legislation in May 2012, during the Maple Spring student protests, require protesters to provide an itinerary and route to the police and forbids them from wearing clothing that obscures their faces.

The court ruling on February 9, 2015 saw three tickets issued under this bylaw dismissed, with Montreal Mayor Denis Coderre announcing that all similar pending cases against protestors would be dropped. At the time, Judge Randall Richmond, who made the ruling, called police use of P-6 “shocking,” adding that the SPVM “risked condemning innocent people,” due to the fact that the police distributed the tickets en masse.

Since then, however, the ruling seems to have made no difference to police actions. In an interview with The Daily, Katie Nelson, a student at Concordia and a veteran of the Maple Spring, pointed out that protesters have “still received P-6 tickets after the judgement” and that police “still threaten P-6 when [activists] go to protest.”

The second legislation protesters have cited is article 500.1 of Quebec’s Highway Safety Code, which gives police the right to stop any obstructions to vehicular traffic on public roads. According to Nelson, 500.1 is responsible for most of her tickets.

The article, while not new, has only been regularly applied to protest situations since March 2011, when it was used to disperse the 15th annual anti-police brutality protest. In 2013, some who were arrested at that protest legally challenged the city’s application of the article, which relies on the false assumption that protesters’ primary intent is to block traffic.

In particular, COBP has argued that the police have selectively targeted certain protests over others. In a publication released in May 2014 on its website, COBP points out that over sixty protests have occurred since 2013 where police were not provided itineraries and routes, in violation of P-6, but did not interfere with protesters. In other cases, most notably during May Day and anti-police brutality protests in 2015, police issued P-6 warnings and immediately stopped protesters with mass arrests and ticketing.

Without any indication that those protests would be violent, such police actions, COBP claims, can only amount to political profiling, and a worrying sign that police have the power to arbitrarily decide which protests are good or bad.

To Abraham Weizfeld, a Montreal-based peace activist and author, “Police no longer treat protests according to the Canadian Charter of Rights and Freedoms.”

Speaking to The Daily, Weizfeld argued that police are specifically targeting demonstrations that “are affecting the pro-austerity policies of the government.” Nelson also pointed out that all of her tickets, amounting to approximately $11,000, have been “in the context of something political […] whether it be a strike or a picket line, a protest, a rally, or sit-in – even events that are apolitical in their nature.”

“So for example, […] there was a movie screening in a park […] regarding the 2012 [student strikes.] We received tickets there,” Nelson explained.

Nelson suggests the police response to the controversy has just been “way more violence.”

“Within a month of the P-6 ruling […] instead of seeing mass arrests [under P-6 or 500.1], we just saw super heavy violence from the police,” Nelson said.

According to Nelson, this is a trend that runs contrary to what is supposed to be the SPVM’s public image, pursuant to which it tries to keep everyone safe.

Remembering the 2015 May Day protests, Nelson said, “[The police] had tear gas being shot into Centre Eaton, and there were kids, there were people, there was a family that ended up in the hospital. […] It’s [unbelievable] because they’ve completely disregarded everyone.”

Weizfeld, who also attended the May Day protests, stated that the police, realizing that tickets given under P-6 and article 500.1 of the Highway Safety Code “were likely to be thrown out of court,” instead “escalated it, […] and charged us under the criminal code.”

“What the police want to accomplish with such charges is intimidation. They want to intimidate people so they don’t come back to a demonstration,” Weizfeld said.

“The justification has always been that we are the aggressors, or we are the people who attacked first or threw something,” Nelson said. “Now, we’re seeing the police just automatically crackdown before a protest even starts. […] The police are no longer needing justifications for violence.”