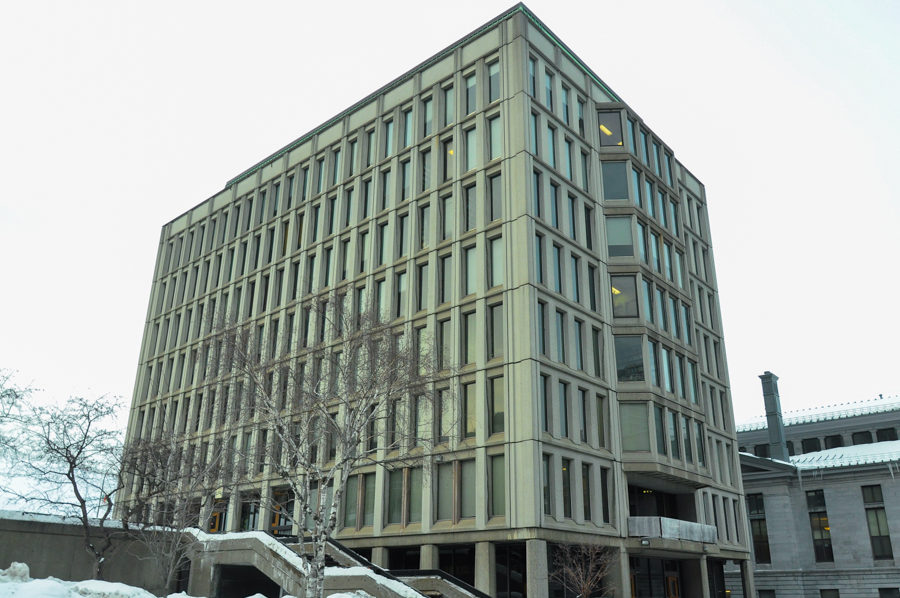 Convening for the second time this year on February 18, McGill’s Senate debated revisions to the University’s mission statement, discussed student mental health, and heard a presentation on the budget for 2015-16.

Senate discussed a proposed revision to simplify McGill’s mission statement and amend it with a statement of principles, namely “academic freedom and responsibility, integrity, accountability, equity, inclusiveness, and respect for cultural and individual diversity.”

Several faculty senators expressed concern over the inclusion of academic responsibility in the principles, arguing that the term carried negative connotations and imposed constraints on academic freedom. Some recalled the controversy surrounding the Association of Universities and Colleges of Canada (AUCC)’s 2011 “Statement on Academic Freedom,” which defined academic freedom as being “constrained by the professional standards of the relevant discipline and the responsibility of the institution to organize its academic mission.”

Medicine Faculty Senator Kenneth Hastings argued that the term ‘accountability’ was “dangerously” ambiguous. “To whom are we accountable for the nature of our scholarly activities? Is it to our principal? […] Is it to our donors? None of those really sound like academic freedom,” said Hastings.

Students’ Society of McGill University (SSMU) Arts Senator Kareem Ibrahim decried the fact that the senators seemed to “be shirking away from the idea of including [the term] ‘responsibility’ because of the supposed negative connotations.”

Speaking to The Daily after the meeting, SSMU VP University Affairs Claire Stewart-Kanigan noted that the senators’ opposition to academic responsibility was significant in the context of the ongoing review of McGill’s research regulations.

“Myself and the rest of the Senate caucus [were] highly disappointed in the adversarial response of the Senate body to the inclusion of responsibility as equally important to, and associated with, academic freedom,” said Stewart-Kanigan. “This represents the broader institutional reluctance to [adopt] meaningful stances on the role of research in supporting social well-being and providing benefit, not harm, to society.”

Closing the discussion, Fortier said that senators’ thoughts would be presented to the Academic Policy Committee (APC), which would draft motions taking into account their suggestions.

Stewart-Kanigan, SSMU Arts and Science Senator Chloe Rourke, and SSMU Medicine Senator David Benrimoh submitted a question regarding the University’s commitment to ensure a pan-university implementation of the recommendations of the Mental Health Working Group, struck in 2013.

In September, Deputy Provost (Student Life and Learning) Ollivier Dyens said at Senate that a consultant would be hired as of January 2015 to work with “stakeholders across the University” to implement the recommendations.

“Given that the recommendations do apply to academic policies and […] practices, will the individual tasked with [implementing] these recommendations have a working relationship with [governing bodies at McGill]?” asked Stewart-Kanigan.

Dyens replied that no such individual had been hired as of yet, and said that the revision of University policies was the responsibility of the individual governing bodies. He assured Stewart-Kanigan that the recommended reforms would nonetheless be carried out in a transparent manner, noting that the timeline according to which the recommended changes will be implemented is available on the website.

Stewart-Kanigan expressed her disappointment with Dyens’ comments in an interview with The Daily. “The University’s response was concerning, given that the recommendations of the Mental Health Working Group did extend to reforming academic policies, and the University did acknowledge that reforming academic policies was essential, but when asked […] they skirted the question and suggested that […] those recommendations would not be able to hold academic units to account,” she said.

Provost Anthony Masi gave a presentation on McGill’s budget for 2015-16 and following years, the second of three to be presented to Senate this year. He warned to expect additional provincial budget cuts in the coming year, which will “exacerbate the university’s chronic underfunding.”

Masi told senators that although Quebec’s overall financial situation is improving, the provincial government “[has] no intention of stopping the pressure on both hospitals and education,” and McGill will likely face a budget cut of roughly $6 million when the provincial budget is announced in April.

According to Masi, the restrictive measures announced in October, which included a hiring freeze for administrative and support staff positions and the postponement of non-essential equipment purchases, will remain in effect at least until the end of the year.

“We have to make sure we respond to reductions in provincial funding […] of our publicly underfunded university,” he said, adding that the University was seeking to “diversify and optimize some of [its] revenue sources.”

Associate Provost (Policies, Procedures & Equity) Lydia White also presented new regulations on the process of appeal of denial of tenure, combining two sets of regulations into one and clarifying them. The revisions passed, after some discussion over the appointment and composition of committees to review tenure decisions.

At the end of the meeting, Dean of Students André Costopoulos gave a brief progress report on the development of McGill’s sexual assault policy.

Although the policy was previously expected to come to Senate for approval by the end of the academic year, Costopoulos said that it most likely only come for discussion, with potential approval to follow next year.