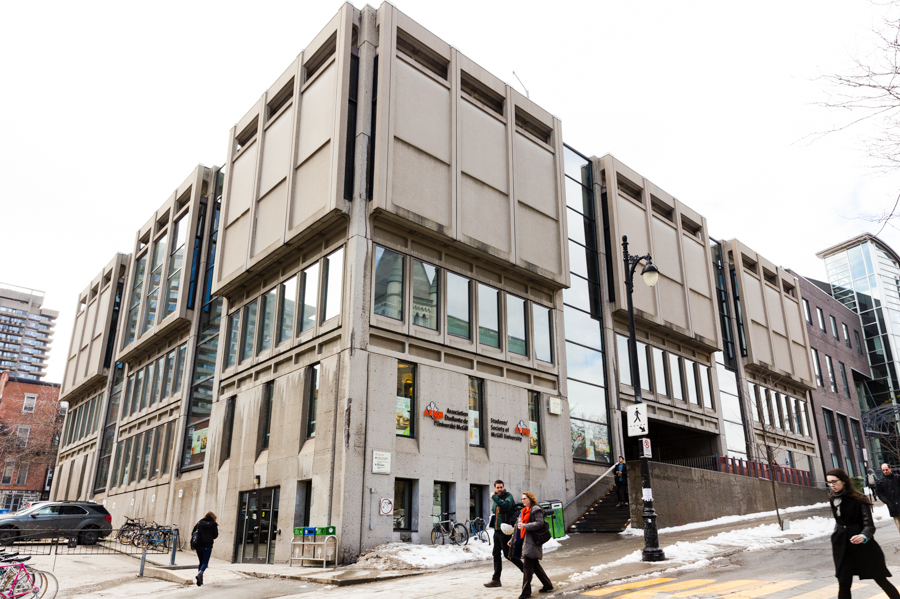 On May 27, Tariq Khan announced his decision to file a case with the Superior Court of Quebec against the Students’ Society of McGill University (SSMU) regarding Election SSMU’s decision in April to invalidate the results of the SSMU presidential election. Khan told The Daily that he plans to file his case within the week, in which he will charge Elections SSMU with committing several violations of his rights under the Quebec Charter of Human Rights and Freedoms, including the right to a presumption of innocence and the right to cross-examine witnesses.

On March 21, the last day of the campaign period, Khan was publicly censured by Elections SSMU for asking an individual who was not on his campaign committee to send unsolicited text messages. The results of the election were announced the same night, giving Khan the victory by a margin of 78 votes.

In an interview with The Daily, Khan denied having done this, adding that he was not informed of the allegation before the public censure and was not given the opportunity to defend himself.

On April 1, Elections SSMU invalidated the results of the election based on further evidence that was investigated after the results had been announced. An email announcing the invalidation was sent out to the student body by Elections SSMU and noted four infractions: the involvement of individuals external to SSMU in the campaign, the sending of unsolicited messages, inconsistencies with campaign expenditures, and impingement of the spirit of a fair campaign and of the voting process.

“I do not see the testimonies. I do not know who those people [making them] are. I cannot cross-examine them. I cannot question them. […] I am not given a fair chance to defend myself.”

Khan filed an appeal with the SSMU Judicial Board, but the invalidation was unanimously upheld on April 29, and ratified by the SSMU Board of Directors on April 30.

Khan elaborated on some of the allegations contained in the document from Elections SSMU in an interview with The Daily.

The most significant violation detailed by the document, Khan explained, was the impingement of the spirit of a fair campaign. Khan told The Daily that the alleged violation occurred in February, before presidential candidates had been nominated and before the start of the campaign period, during a meeting between Shyam Patel – a non-SSMU member who allegedly later engaged in campaigning on Tariq’s behalf – incoming President Courtney Ayukawa, incoming VP University Affairs Claire Stewart-Kanigan, past Arts Undergraduate Society (AUS) VP Finance Saad Qazi, and outgoing Clubs Representative Zachary Rosentzveig.

Allegedly, at the meeting, Patel intimidated the other attendees by telling them that he “would be campaigning really hard for Tariq [Khan],” which gave them “this feeling that Courtney [Ayukawa] should not run and that Tariq [Khan] should run,” Khan explained.

Khan denied these allegations, claiming to have left the meeting before witnessing the exchange described.

Qazi told The Daily that no intimidation had taken place at the meeting. “I think it’s ridiculous saying that Shyam [Patel] intimidated the other attendees,” he wrote in an email to The Daily. “The meeting was run on a consensus basis and I don’t remember Shyam stating that he would support one candidate over the other at any point. He presented himself as more of a resource, based on his past student politics experience, for everyone there.”

Khan also denied that Patel ended up working on his campaign.

“Not even a single Facebook status was posted by Shyam Patel,” Khan told The Daily. “He was not seen anywhere flyering for me or making classroom announcements.”

Ayukawa and Stewart-Kanigan declined to comment. Rosentzveig did not respond to requests for comment by press time.

As for the alleged inconsistent campaign expenditures, Khan claimed that they revolved around the fact that a planned expenditure of under $5 for chalk, advertised on Khan’s website, was not present in the expense report submitted to Elections SSMU. Khan attributed this to the fact that he ended up not buying any chalk.

Khan’s motivation to take SSMU to the Superior Court stems from his claim that he was not afforded the chance to defend himself when presented with the allegations against him.

In an interview with The Daily, Khan claimed that the invalidation process was unfair because of its expedited nature, saying that nowhere in the reports provided by Elections SSMU was he shown the full evidence submitted against him that had lead to his disqualification.

“I do not see the testimonies. I do not know who those people [making them] are. I cannot cross-examine them. I cannot question them. […] I am not given a fair chance to defend myself. Well, you’re talking about invalidating an entire election.”

“Prior to the final decision to invalidate, we interviewed Mr. Khan three times and received a written testimony from him regarding the purported violations and issues raised. It was only after we determined that we had adequate evidence and information that we made a decision,” Fung explained in an email to The Daily.

Khan confirmed that these three meetings took place between March 28 and April 1.

Khan received a call on March 28 at approximately 4:40 p.m. from Fung, who urged him to arrive at his office within twenty minutes, allegedly to discuss issues related to the SSMU budget. When Khan arrived, Fung proceeded to instead question him about his campaign, Khan told The Daily.

“I was bombarded with allegations, repeatedly asked by Elections SSMU. […] I wasn’t in the best state of mind to answer [Fung’s …] questions and I was told that it is in [… my] best interest to answer the questions. And I asked for the evidence, I asked for the context, I asked for who are these people and what they were saying, and I was refused all of this information. Leaves me with no option to defend myself.”

Khan then met with Fung a second time, on March 29, to receive clarifications on the allegations presented to him during their first meeting.

Finally, he was called into a third meeting with Fung on March 31, during which Khan asked for written questions related to the violations he had supposedly committed. According to Khan, he was given four hours to respond to the written questions, and was told by Fung shortly after that his election had been invalidated.

According to Fung, communication with both the source and the subject of a complaint is part of the process of dealing with bylaw infractions. “Once we’ve followed up [with the source of the information on the potential bylaw infractions], we will also follow up with the subject of the complaint and obtain his/her point of view to ensure that we have a whole understanding of the situation before coming to a decision,” he wrote in an email to The Daily.

“Our decision-making process includes a thorough deliberation process between the staff of Elections SSMU, a consultation of the bylaws and Constitution, discussions with SSMU’s legal counsel when required, and research into past infractions and precedent,” Fung continued.

Khan claimed that Fung should have updated and clarified the regulations and bylaws on Elections SSMU’s website, and expressed disappointment with the fact that the lack of clarity in the bylaws was only noticed after the election.

“While I’m paying the price for all these bylaw infractions, the [Chief Electoral Officer] gets rehired for next year, […] and now he’s gonna do his research – oh, how we can improve the system,” said Khan. “I have been a scapegoat, and 22,000 students look at me like, this is the guy who did something really bad to the system, doing illegal campaigning.”

Sandhya Sabapathy, the runner-up for VP Clubs and Services who also received a public censure, shared some of Khan’s sentiments about the process.

“[I was given] 10-15 minutes […] I had no time at all. A mass email was sent out to the entire student electorate before I could even get all of my campaign team together,” Sabapathy wrote in an email to The Daily. “It destroyed all the work everyone had put in the campaign and as far as a democratic process goes, I was completely blind-sided, I had no idea what was going on and I wasn’t given any chance to explain myself.”

Khan also alleged that President Katie Larson refused to sign his nomination papers. According to Khan, Fung allowed him to move forward without the signature after Khan pointed out to him that the process is not actually part of the bylaws.

However, Fung challenged this take on events in an email to The Daily, explaining that candidates are required to meet with the incumbent in order to better understand the positions they are running for, and that Khan had scheduling issues with Larson.

Fung added, “At no point did Elections SSMU state that Mr. Khan could not run because he hadn’t obtained Ms. Larson’s signature, nor did Mr. Khan ever ‘fight’ the decision. Mr. Khan made his request on the day the nominations were due and accepted and we invited him to have his meeting with Ms. Larson after the deadline.”

—With files from Igor Sadikov.