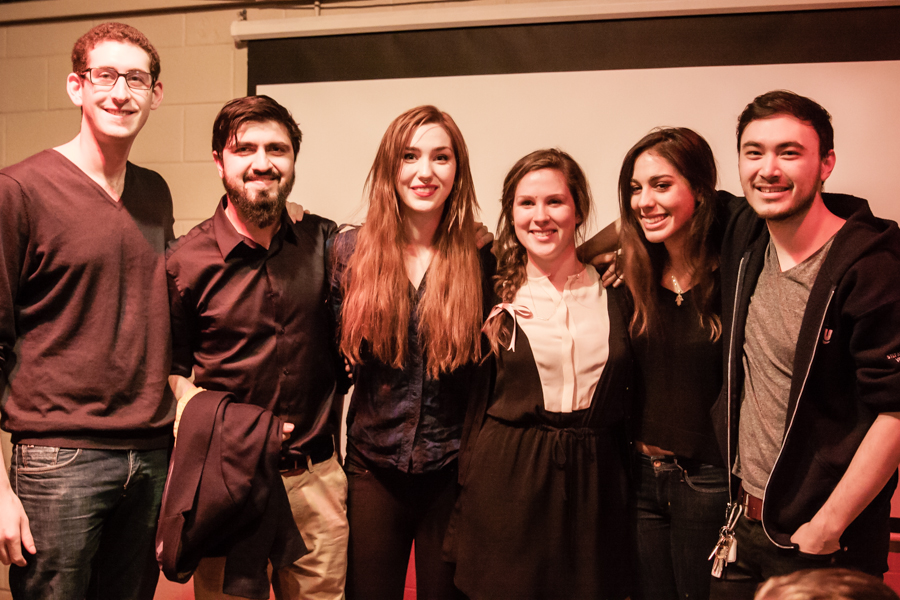 With only 78 votes over his closest competitor, Tariq Khan was elected as Students’ Society of McGill University (SSMU) President for the 2014-15 academic year. The vote was fractured among four candidates, with Khan securing 29.8 per cent, Courtney Ayukawa securing 28.5 per cent, Austin Johnson securing 24.5 per cent, and Aaron Friedland securing 17.2 per cent.

Voter turnout was 31.4 per cent, a slight improvement over last year.

All of the referendum questions passed, except the questions regarding the University Centre building fee, which seeks to alleviate the financial burden placed on SSMU by the terms of the lease signed this year with McGill. This result leaves SSMU in a state of uncertainty about its finances.

Khan’s platform revolved around accountability at SSMU and creating more jobs on campus for students. In debates, he underscored his commitment to creating more work-study positions and internships on the wider campus and within SSMU.

“I feel as if this is a victory of diversity, it’s the toughest thing that I’ve done in my life and there’s a lot of trust that needs to be won, built,” Khan told The Daily, but added that there was work to do on creating a cohesive executive. “I think we have a very strong team, but we need to obviously sit down together, we have to earn each other’s trust.”

Prior to being elected as President, Khan served as Engineering Representative to SSMU Council during the 2011-12 academic year. This year, he was the Interest Group Coordinator, where he worked under the Clubs & Services portfolio.

On March 21, during the campaign period, Khan was publicly censured by Elections SSMU for having students who were not on his campaign committee send unsolicited text messages.

Running unopposed, Claire Stewart-Kanigan was elected as VP University Affairs with 92.1 per cent of the vote. With extensive experience as Arts Representative to SSMU, Arts Senator, and working with ethical purchasing plans and equity policies, Stewart-Kanigan focused on bringing a strong student voice to the administration.

“I’m really excited to have a really diverse team of folks to be working with next year,” Stewart-Kanigan told The Daily. “The results totally caught me off-guard, so I’m looking forward to figuring out and seeing how that will all work.”

The position of VP Clubs & Services went to Stefan Fong, the incumbent VP, who ran for a second year – an unusual move for the SSMU executive, where positions usually see a high turnover rate. While his opponent Sandhya Sabapathy ran on a platform of creating a more accessible clubs portfolio, she was also publicly censured for offering “to secure jobs and positions of note” in exchange for campaign support, according to an email sent by Elections SSMU.

“I feel good, I can finally go back to work now which feels really good,” Fong said, adding, “The fact that the building fee didn’t pass is something that I’ll have to deal with next year.”

Kathleen Bradley, the only candidate for VP Finances & Operations, clinched the position with 93.1 per cent of the vote. Bradley has had experience in sustainable food initiatives, such as the McGill Farmers’ Market, and has held a position as a head chef at the student-run café The Nest, in addition to working under the portfolio of her predecessor Tyler Hofmeister.

“We’re definitely going to have to have a talk about campaigning integrity, but I look forward to working with the executive this year,” Bradley said when asked about the team.

Moustaqim-Barrette’s election comes in the wake of SSMU’s impending disaffiliation from the Table de concertation étudiante du Québec (TaCEQ), a student roundtable that has served as one of SSMU’s links to greater Montreal and Quebec.

J. Daniel Chaim won the position of VP Internal, for which he ran unopposed. He took 90 per cent of the vote. Chaim spent the previous two years working with Arts Orientation, as the sponsorship coordinator and the operations coordinator.

Questions regarding the existence of, and a fee increase for, the Legal Information Clinic at McGill passed. Students also voted in favour of disaffiliating from the Quebec student roundtable TaCEQ.

However, the question pertaining to the lease of the Shatner building, which asked for a fee of $6.08 per full-time student to pay for increased costs, only secured 46.4 per cent of the votes in favour, with a 34.2 per cent abstention rate.

­—With files from Lauria Galbraith

Check out The Daily’s endorsements for the 2014-15 executive here.