Anti-Asian Racism is Exacerbated by the Pandemic, But Rooted in Western Imperialism 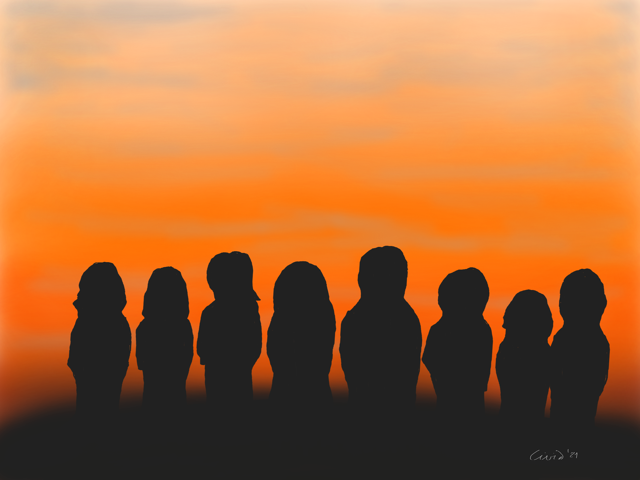 The Daily uses the term “Asian” in this editorial in accordance with the dominant conversations happening around the shootings in massage parlours in the Atlanta area and the rise in anti-Asian violence throughout the COVID-19 pandemic. We recognize as an Editorial Board that these specific acts of violence are mainly perpetrated against East Asian communities and that Asia is not a monolith. People across the continent are racialized in different ways that cannot be fully encompassed under the word “Asian.”

On March 16, 2021, eight people, Daoyou Feng, 44; Xiaojie Tan, 49; Hyun Jung Kim, 51; Suncha Kim, 69; Soon Chung Park, 74; Yong A. Yue, 63; Paul Andre Michels, 54; and Ashley Yaun, 33, were killed by a 21 year-old white man at massage parlours in the Atlanta area. Six of them were Asian women. Despite law enforcement’s reluctance to frame this act of violence as a racially motivated attack, and their emphasis on the shooter’s supposed sex addiction, it cannot be disconnected from the history of racism and misogyny against Asian women. The shootings and the public reactions they have incited are evidence of widespread racism, sexism, and anti-sex-work sentiment, which together produce anti-Asian violence across North America.

Since the outbreak of the COVID-19 pandemic, anti-Asian racism has been on the rise. During his time in office, former US President Donald Trump coined several racist alternative terms for COVID-19 that placed blame on Asian communities for the pandemic, and researchers found an increase in anti-Asian hashtags and hate crimes following his comments. According to a study by Dr. Melissa Borja, an assistant professor of Asian/Pacific Islander American studies at the University of Michigan, 61 per cent of the victims in over 1,100 acts of anti-Asian violence reported on by news outlets were women. The racism brought to light by the COVID-19 pandemic has only exacerbated the violence faced by Asian American women.

Anti-Asian racism in North America must be considered within the context of the United States’ imperial history. From partaking in China’s “Century of Humiliation,” to the American occupation of the Philippines and wars waged against other Asian countries such as Vietnam, Cambodia, Korea, and Laos, the US has played a major role in dehumanizing people of Asian descent especially within Western society.

Asian American women have historically been stereotyped as being “meek” and “submissive,” and fetishized as objects of sexual pleasure for white men. Sung Yeon Choimorrow, executive Director of the National Asian Pacific American Women’s Forum, noted how America’s history has played a role in categorizing Asian American women as “commodity.” This can be traced back to the Page Act of 1875, which banned the immigration of Chinese women into the US for “purposes of prostitution.”

Anecdotal evidence has suggested that the victims of the Atlanta shootings were sex workers. Stacey Hannem, a professor at Wilfred Laurier University, points to the significance of acknowledging this aspect of the shooting without making claims about the victim’s jobs: “It’s really important to understand that whether or not these women were sex workers, they were targeted because the shooter believed that they were.” The shooter’s claims that he was inclined to kill Asian American women working at massage parlours to “subdu[e] his sexual temptations” points to the constant sexualization of Asian women working in the massage industry. It is imperative that anti-Asian racism is tackled at its very root through the elimination of these stereotypes and perceptions.

As writer Jean Chen Ho argues, what is looked down upon and criminalized as sex work is really “a form of care that America has historically undervalued.” In Canada, the criminalization of sex work leads to an overwhelming lack of security for workers, who are at increased risk of violence because reporting puts their careers and livelihoods at risk. This places sex workers in a vulnerable position.

While police departments in cities such as New York have deployed officers to Asian communities “out of an abundance of caution,” it is important to remember that policing is not a solution. “When our response to violence is more state-sanctioned violence, we’re just continuing the violent cycle,” New York state Assembly Member Ron Kim explained. Asian migrant massage workers are already policed by officers who raid their workplaces, or take advantage of harmful policies that allow for them to enter in plain clothes and arrest employees. Massage workers and those organizing with them reject the use of police as protection, and are instead calling for the recognition of sex workers as workers. Butterfly, a Toronto-based organization advocating for Asian and migrant sex worker rights, consider the call for more policing and patrolling extremely worrying. “[Police] are not the solution, they are the problem,” says Elene Lam, the organization’s executive director.

Rather than relying on the police, it is imperative to advocate for the rights of sex workers and migrant workers, and to support the decriminalization of sex work. If you have the means to do so, you can donate to the Toronto-based Butterfly, which supports Asian and migrant sex workers. You can also donate to Stella Montreal, an organization that advocates for safety and rights for “female-identified” sex workers in Montreal. Sign this petition from Migrant Rights Network, which advocates for “a single-tier immigration system, where everyone in Canada has the same rights.” In addition, readers can sign this petition shared by Fight COVID Racism that demands “Income support to Asian and Migrant Workers who work in Massage parlours and Sex Industry.” Readers may support the family of Hyun Jung Kim by donating to the GoFundMe set up by her two children.

Some resources at McGill and in Montreal for Asian members of the community who have been impacted by this violence include the Pan-Asian Collective, a group that “aims to increase meaningful engagement in Asian history and culture in a way that recognizes the diversity of the Asian experiences,” and the Groupe d’Entraide Contre le Racisme Envers les Asiatiques au Québec, which offers a space of support and community to survivors, promotes the wellbeing of the Asian community, and works to eliminate anti-Asian violence in Quebec.

This moment of action cannot be temporary. We cannot ignore the racism that Asian students have experienced at McGill. The onus lies on both the McGill administration and non-Asian students to address anti-Asian discrimination within our institution. Speakers at the East Asian Studies (EAS) Department Town Hall on Tuesday, March 23 explained that Asian students at McGill are tired of professors, administration, and peers refusing to acknowledge the violence and racism their communities have experienced.

The McGill Daily Editorial Board would like to end this editorial by highlighting further the words of Monica Batac, spoken at the EAS Town Hall:

I myself identify as a second generation immigrant, the daughter of Filipino immigrants, someone born and raised in Canada and will always, always be seen as someone from elsewhere, always be assumed to be an international student, which reminds me about the deep, everyday isolation and school-based marginalization experienced by students read and racialized as Asian.

I am also a member of PGSS Equity Committee, a member of the Senate Subcommittee on Racialized and Ethnic Persons, and a member of the newly formed Race Caucus in my department, a coalition group of racialized faculty, staff, students, and alumni, formed because of a history of student organizing. I have inherited this history of student organizing on campus, a genealogy of specifically Asian Canadian students in my department who have made concerns of race and racism known in our department, in deep relation with other racialized students. It is in my sheer exhaustion that I come to today’s town hall, it is through this deep exhaustion that I speak. Because while some here may be new to mobilizing on race issues on campus, I am not. I speak to highlight the need of our individual and collective engagement on anti-racism work on campus, and how I urge East Asian studies, its students, its staff and faculty, to be active in this work, to be a leader in this work, because it is sorely needed, prior to COVID-19, prior to this tragedy in Atlanta, and I hope this moment of engagement is not a fleeting one.

I am a textbook example of a student of colour with lived experience engaging with that complex identity formation that often begins its conscious development at undergraduate studies. It is often through our time in undergrad that we come to this rude awakening of our own experiences of racism, our own upbringing / experiences in the North American context, of hardly hearing our histories or experiences affirmed in the classroom. It’s already [been] over 10 years since the publication of the highly problematic Maclean’s article titled, “Too Asian?” and that piece and the resulting dialogues from [it] remind me that the experiences of Asians, Asian students in particular, on campus need to be supported, even as we are read as hyper-studious, disciplined, and determined students. I want to crack that façade of the model minority myth, even for myself. I hope this moment enables the department to think deeply about its presence and connection to the broader Asian student and scholarly community on campus, because […] I am struggling with the lack of community on campus for students just like me. It should not be on students alone.