The History of Samosas 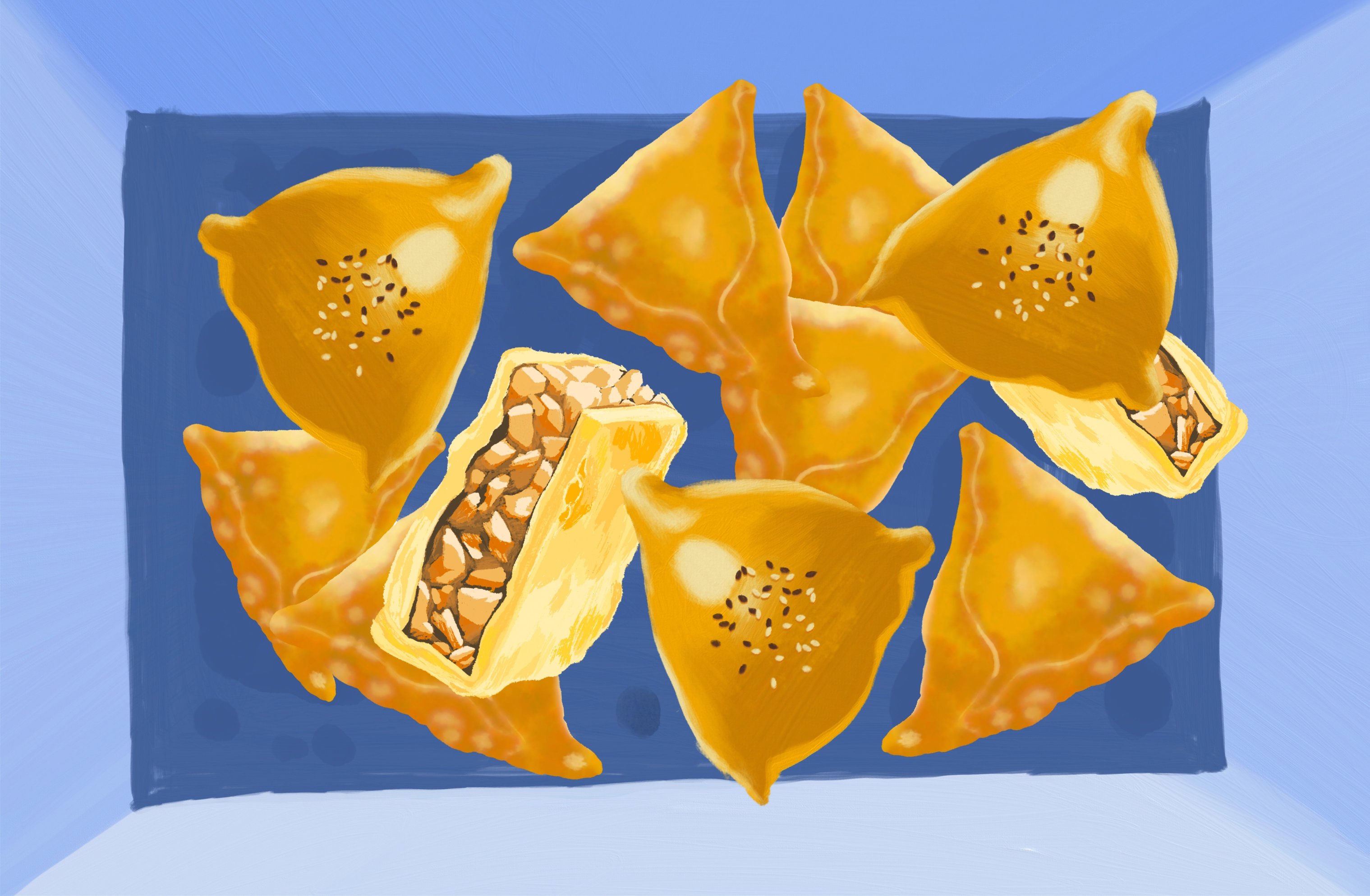 I grew up making samosas with my nani, or grandmother, and I loved it. I would watch her carefully fold the sheets of dough into pockets, stuff them with spiced ground meat, and seal them while she told me stories about her childhood in Kenya. I sat patiently as she made what seemed like dozens of samosas before we got to my favourite part: biting into a freshly fried, crispy samosa (and almost always burning my mouth). However, despite my love for the food, I never wanted to eat one in primary school. None of the other kids knew what they were and I feared being branded an outcast. My culture’s food felt like just another reminder that I didn’t belong. 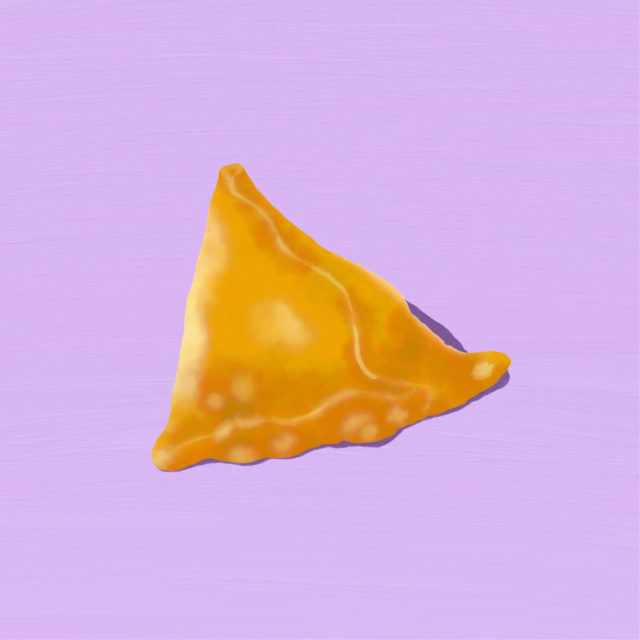 When I started studying at McGill last year, samosa sales shocked me. I was surprised to learn that samosas were widely known on campus but I was also surprised that they were not the samosas I grew up with. The samosas that are (perhaps unhealthily) consumed by McGill students are large pastries stuffed with potatoes and spices, but these samosas are just one variant of many. The evolution and history of this millenium-old snack are both closely tied to the exploration, growth, and colonization of India.

Surprisingly, the humble comfort food we know now had vastly different origins. First described as the sanbosag in the 11th century, it was a delicacy commonly served in the royal court of the Ghaznavid Empire, encompassing an area of the modern-day Middle-East. The sanbosag was a fried pastry made with minced meats, dried fruits, and nuts. Its ingredients spoke to its purpose: it was a dish fit for a king. Other reports say that the sanbosag – also referred to as the sanbusak or the sanbusaj – was commonly eaten by merchants who carried these triangular snacks through their travels across Asia and Northern Africa. From its origins, the samosa has been a universal food beloved by all, even in a form we do not yet recognize.

As empires fought and traded, the sanbosag was shared between peoples and brought with traders as they made their way across the continent and towards India. Over the years, the migrants changed the sanbosag to fit their needs – this is when it began to approach the samosa we know and love. Pushpesh Pant, former professor of International Relations at Jawaharlal Nehru University, says that along the way – around modern Tajikistan and Uzbekistan – the samosa went from a royal snack to “a crude peasant dish.” It became more rudimentary and far easier to prepare. This iteration of the samosa did away with the fancy fruits and nuts, instead making use of roughly ground goat or lamb that were seasoned only with onions and salt. The samosa was no longer just a regal pastry, but rather a hearty snack that a shepherd could take out into the field. Not only did this evolution serve as a testament to the samosa’s adaptability, it also allowed it to become a cheap street food that was accessible to anyone.

As empires fought and traded, the sanbosag was shared between peoples and brought with traders as they made their way across the continent and towards India.

Centuries after its departure from the Middle East, between the 1200s and 1500s, the samosa finally arrived in South Asia. From there, it became a microcosm of the rich cultural landscape of India. It was quickly adopted as a fast food and then adapted to fit the purposes, tastes and resources of various Indian regions. This is the source of the wide variety in the modern Indian samosa, from where it grew and developed by adapting to the unique spice mixes and flavour profiles of regional cuisines. In the 16th century, the Indian samosa was once again revolutionized when Portugese traders introduced the potato to the Indian subcontinent. Whether it’s chopped or mashed, potatoes are an integral part of many samosa recipes, proving once again how the samosa envelops cultures and embraces innovation. 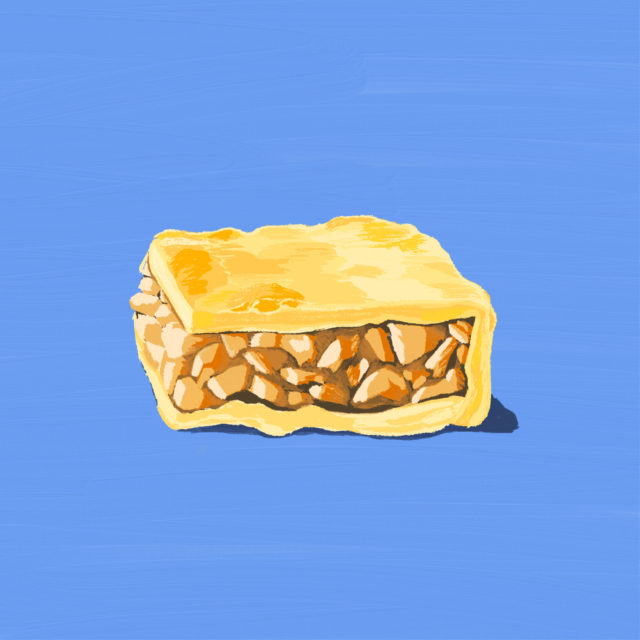 It’s not just the spices: everything from the texture of the filling to the dish’s social purpose can vary between regions. In some parts of India, samosas are quite filling and can serve as a whole meal, while in other parts, the samosa has returned to its elevated status and become a light cocktail party finger food instead. In some regions of India like Hyderabad, the samosa stays true to its Middle-Eastern roots while in Punjab, no samosa is complete without paneer (cheese). However, though this variation continues even today, this is by no means the end of the story for the samosa and for the Indian people.

It’s not just the spices: everything from the texture of the filling to the dish’s social purpose can vary between regions.

In the early 18th century, when British interests took hold of the subcontinent, India was unwillingly connected to a larger network of cultures. As Indians were relocated throughout the British Empire, often as slaves or indentured servants, they looked to their food as a way of retaining their culture. The British colonial system encouraged the spread of samosas to a variety of English-speaking countries like Canada and the USA where they are commonly served as exotic hors d’oeuvres at parties. Before they came to those countries, they were brought elsewhere by displaced people in an attempt to reconnect with their homes.

As Indians were relocated throughout the British Empire, often as slaves or indentured servants, they looked to their food as a way of retaining their culture.

The samosas that I grew up with come from East Africa. Some of the first Indians in Africa were the tens of thousands of slaves, indentured servants and other labourers who were brought over by the British Empire to either work in sugarcane plantations in South Africa or to construct the Kenya-Uganda Railway. Though a small percentage of these workers stayed in Africa (the rest either returned to India or died), they cleared the way for migrants from Gujarat and other regions of India to settle in British Africa. As a result, the samosas enjoyed in Africa closely resemble the gujarati style: crispy, flaky and often filled with ground beef or chicken.

The descendants of these immigrants were further displaced in the 1970s when strong Indian-phobic sentiment led to the expulsion of around 80,000 South Asians from Uganda. Many South Asians living in East Africa – including my parents and grandparents – fled to countries like the United Kingdom and Canada. Once again, they brought their food with them in an effort to hold onto their culture, hence why samosas commonly found in the United Kingdom and English-speaking parts of Canada are similar to those found in East Africa.

The descendants of these immigrants were further displaced in the 1970s […] Once again, they brought their food with them in an effort to hold onto their culture.

Of course, the British were not the only colonial powers to rule over part of the Indian subcontinent. Portuguese rule over the southwest of India – namely Goa – also promoted the spread of the samosa. Due to the strong Portuguese presence, the chamuça – Portuguese for samosa – became a big part of both Portuguese and Goan cuisine. As a result, not only is the chamuça a popular Portuguese snack, but many former Portuguese colonies like Brazil have derivations of the samosa that are quite common.

Another branch of derivation from the samosa is the Mizrahi Jewish sambusak: a small pocket of dough stuffed with chickpeas, onions, spices and even nuts. It is a dish strongly associated with the Mizrahi Jewish people who immigrated to Palestine, originally from the Middle East and North Africa.
Samosas can also be found in other parts of South Asia. Pakistani samosas tend to be spicier, while in Bangladesh there is the beef liver-containing shingara. Nepal has its own samosas that are sold around the country, while in Burma, a common street food is samusa thouk (samosa soup). Each of these countries has taken the samosa and made it their own by adapting it to their unique, local palate. 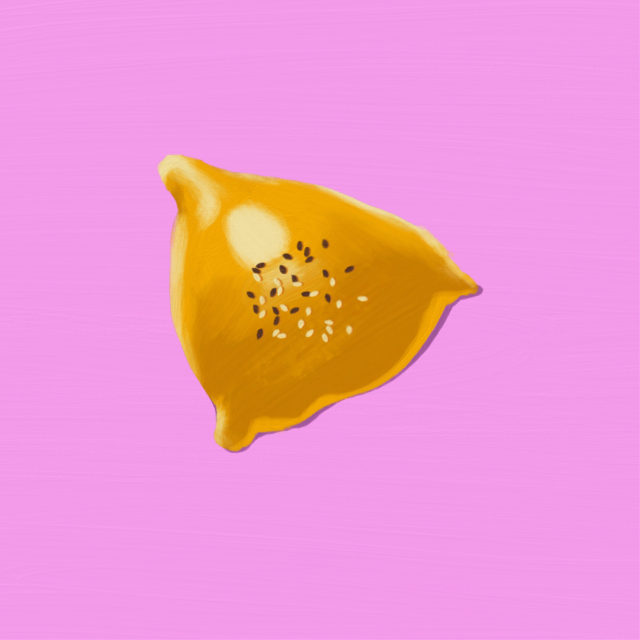 At McGill, it can be easy to see the samosa as a cheap comfort food that you used to be able to find everywhere on campus. You could pretend that it’s nothing more than something to hold mock vigils over or write parody songs about. But when you choose to see it from that perspective, you sacrifice so much of its rich history. The samosa is an incredibly adaptable food that has changed to serve whatever purpose or palate it needs to. It is a food with a history as rich and as complex as the people who eat it. Refusing to acknowledge the inherent variety in samosa recipes is to erase the history and the hardships of the diverse cultures behind them.

The samosa is an incredibly adaptable food that has changed to serve whatever purpose or palate it needs to.

Samosas are an important part of student life at McGill and they are very dear to all of us. However, when many of the groups responsible for the samosa are being actively persecuted by our government, it is time to reconsider our priorities. To so many people throughout history, the samosa was more than something that got them through back-to-back lectures – even if it wasn’t hotter than 60ºC. To some, the samosa was a relic of a life they gave up (either involuntarily or by choice). To others, it was a way of keeping their heritage alive in a foreign land or a way to share their cultural identity with those around them. To me, it was a source of personal shame and a reminder that I wasn’t the same as my peers.

As a result, I would like to formally apologize to samosas. Not because of their healthcode violations, or for their current absence from campus. Rather, I want to apologize for feeling embarrassed by them and for hiding from them. I should never have been ashamed; I should have been proud of my connection to them. I should have been proud of the effort that went into retaining a dish from almost a thousand years ago and proud of my ancestors for maintaining their identity through everything that befell them.

When I once again eat a samosa in the hallway of McConnell Engineering, I will bite into that delicious treat knowing that I am not only participating in a tradition upheld by the McGill student body, but a tradition that stretches through history and across the globe. We cannot separate what we consume from its origins, no matter how convenient that erasure may be. We must remember the roots of our samosa and the cultures it comes from. Most importantly, we cannot claim it as our own, when it is so much more than that.