The Conference is Failing and No One is Taking Action 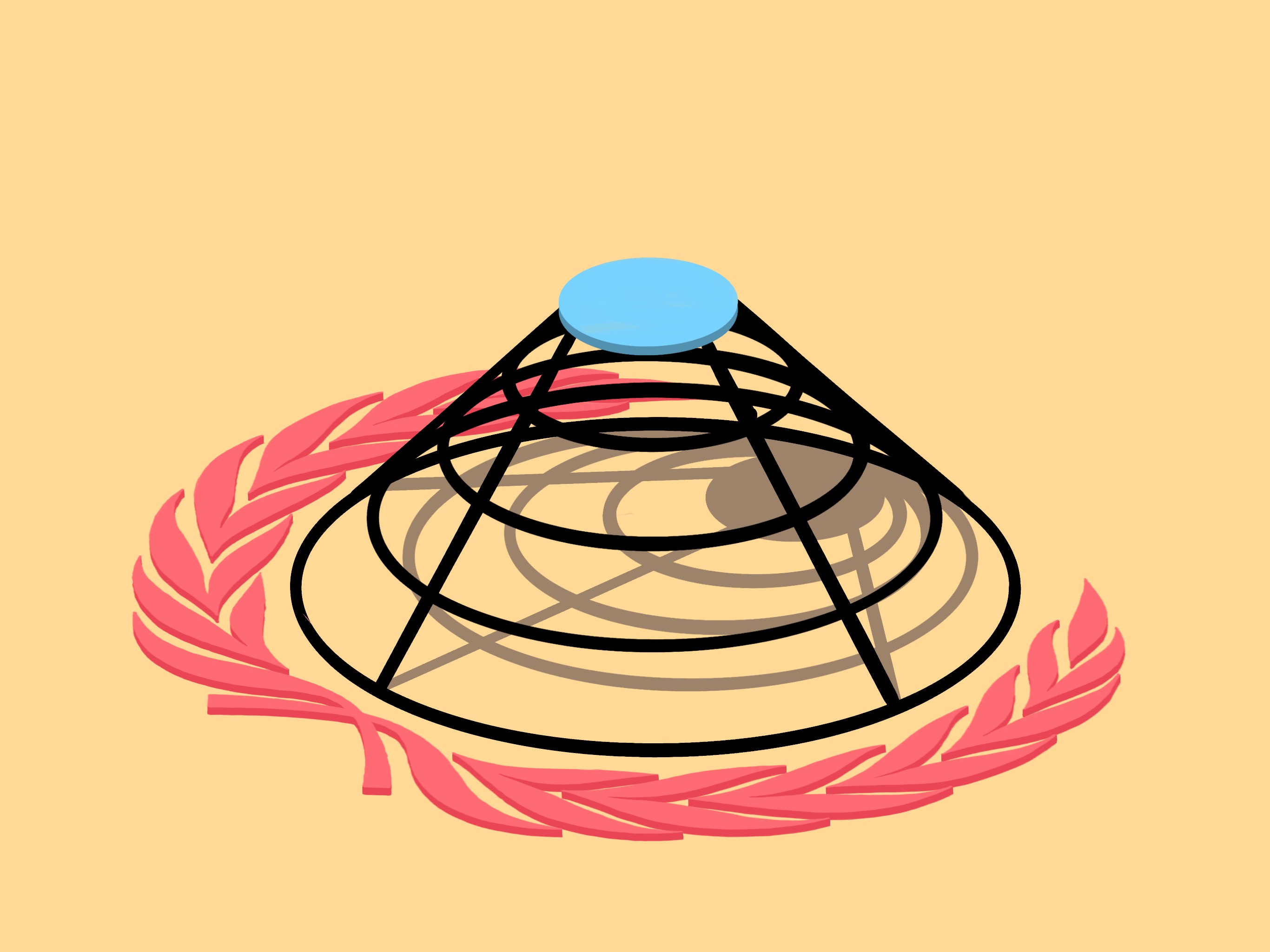 On the weekend of January 24, McGill University hosted the infamous Model United Nations conference, McMUN. The conference was held at the Sheraton Hotel in downtown Montreal, with over 1,600 delegates attending from all over North America. As two McGill students, we decided to apply for a staffing position, and were assigned the role of food staffers. We did not feel prepared for our roles since we were only given a brief training, and did not end up performing any of the duties we were informed we would. The personal responsibility that we felt after applying for this conference was taken advantage of, and we know that we are not the only ones who felt this way.

As two women of colour, we immediately felt isolated within the blatantly white social sphere of McMUN. In one instance, we were having a conversation with a fellow food staffer, and another coordinator, who asked us where we were from. The coordinator assumed we all had the same ethnic background, and was quite surprised to hear that we did not. Even after we corrected her, she continued to exoticize us. We entered that space already conscious of our identities among a crowd of predominantly white men; it was even worse to be a staffer who was constantly reminded that they were inferior. Throughout the conference, we were made to feel useless, incompetent, and invisible. Despite being called staff, we were neither treated as such nor given duties to reflect that. We were essentially filling a volunteer position that anyone could sign up for. Our shift schedule was only sent out two days before the conference, and we were initially scheduled for a 12 hour shift, an eight hour shift, and two six hour shifts. It was not until we spoke out against these unrealistic work hours that our shifts were reduced to four hours at a time. Had we not, our time would have simply gone to waste for so much longer.

As two women of colour, we immediately felt isolated within the blatantly white social sphere of McMUN.

As two students who are uninvolved in the International Relations Students Association at McGill (IRSAM) scene, we were shocked to see that staffers who had a genuine interest in McMUN were continuously walking on eggshells around their superiors to leave positive impressions. It seems as though these students chase social capital because they’ve been conditioned to do so, and have lost the ability to gain perspective and reflect on the cycle that they have created and trapped themselves in.

The hierarchical system of McMUN is very evident. The first enforcer of this hierarchy is physical appearance – primarily through badge size. The Secretariat members wear the largest badges, and as one moves down the chain to various staffers, the badge size decreases. Whenever we were approached by someone, our badges were the first thing they looked at, and we felt immediately dismissed when they realised we were staffers. Every member of McMUN seems to be striving to move up the social ladder in the hopes of gaining a more prestigious position, hence leading to more social capital.

The promise of social capital is reinforced by the social segregation that exists within the conference. On our first day as food staffers, we walked into a room of Secretariat members, and were immediately met with silence and condescending looks. Our food coordinator ignored us until we announced our presence, despite knowing our names and faces from previous meetings. Throughout the conference, this person did not engage with us in the company of more important people, and only made half-hearted attempts at conversation when we were alone. This was not unique to our coordinator, but a common pattern we noticed with other staffer-coordinator relationships. All the positive experiences we had during this conference came out of our pre-existing relationships. In some cases, even these relationships were pushed to the side within the conference walls, when some of our friends refused to acknowledge us. We felt as though we were being watched when we interacted with our friends who were coordinators, or members in charge of the committees, as if people were surprised that we had these connections. We became paranoid to the extent that we questioned why certain people were nice to us – was it because of who we knew, or because they genuinely wanted to have a conversation?

Every member of McMUN seems to be striving to move up the social ladder in the hopes of gaining a more prestigious position, hence leading to more social capital.

McMUN further enforces hierarchical segregation by keeping certain events and opportunities exclusive. The opportunity to interact with delegates was not afforded to us because we worked “backstage,” and only Secretariat and Dias members (those who run the committees) were allowed to engage with them. It felt like there was a show being put on, and we were surrounded by actors who rehearsed how to sit, speak, and deliver a performance. Coordinators, Secretariat members, and chairs of the Dias were granted VIP status and access to an open bar at McParte, the grand social event. Meanwhile, delegates who paid for the conference also had to pay for drinks. Even the coat check at this event was segregated into VIP and non-VIP.

As food staffers, we did not have a job most of the time. Our first clue should have been the 20-minute introduction by coordinators, which was masked as an hour and a half training. It quickly became evident that there was simply not enough work for a team of eight food staffers, and we sat idle for the first two hours of our shift. Conversations that we observed almost always turned into competitions to see who had accomplished the most. We felt like we were there to feed people’s egos and be the ears for their narcissism. You can’t have superiors unless you have subordinates, and the latter is the role we ended up filling.

We felt like we were there to feed people’s egos and be the ears for their narcissism. You can’t have superiors unless you have subordinates, and the latter is the role we ended up filling.

Furthermore, our coordinators did not trust the way we did our jobs, and would recount the inventory after we did it. Despite knowing our names, they consistently referred to us as “the girls,” reducing us to a single staffing unit rather than individuals. They would talk about us in French, deliberately excluding us from the conversation, and then direct orders at us. The Secretariat members and coordinators would consistently mess up the food room, and we were expected to clean up after them. “The girls” were in fact housekeeping staff who would vacuum and scrape crusty salsa off the carpet. One of the food staffers, who had previously held a higher position, did not get the same treatment we did and was excused from most of his duties. This food staffer even admitted that he was not taking the job seriously, and was only there so that he didn’t suffer from FOMO. What kind of social capital warrants this much lenience?

It isn’t surprising that this alternate reality is also rife with corruption. One of the most astonishing things about McMUN is the vast budget that is granted to these students. Secretariat members and coordinators were given hotel rooms at the Sheraton, and all their meals were paid for. Meanwhile, no staff members were fed, apart from breakfast, despite volunteering for extensive hours.

During the conference, we witnessed an unbelievable amount of food waste. Open food containers would be left out overnight, and hardly offered to staff. Some staff stumbled upon the food room, and would have to beg to eat something, a request that was met with ample hesitation from food coordinators. These staffers were then given illegitimate reasons as to why they couldn’t be offered the food. At one point, we spoke up and overruled the food coordinators’ order, letting staff have whatever they wanted. It was pathetic to watch the coordinators guard food that would spoil anyway. Watching all that food go to waste became unbearable, and when we asked what they intended to do with it, they told us that it would be used as “drunk food” for the Secretariat members and coordinators. Only after that would they donate it to an “organization,” a response that was met with “aw’s” by everyone in the room. We were left wondering what organization would accept food that had been left out for three days. Food coordinators had also purchased snacks to distribute to students running the committees. There was, however, no systematic way to track the snack inventory, and it was obvious that they were essentially “winging it” every day. Was it carelessness or greed that led them to buy all these snacks, but never feed the people whose labour they relied on?

During the conference, we witnessed an unbelievable amount of food waste. Open food containers would be left out overnight, and hardly offered to staff.

Stepping in to our roles that weekend, we felt as if we were stepping into another world, an alternate reality, where it was easy to forget that McMUN is run by ordinary McGill students. It was shocking to see that these students were running such a large-scale conference with questionable knowledge on sustainability, hygiene, or waste management. McMUN is a flashy experience that attracts a lot of students looking for community and experience, and it’s a shame to watch something so prestigious have such a harmful side. It exploits people’s desire to climb up the hierarchical ladder in order to sustain its existence. Three weeks later, we are still recovering from the four day weekend and are actively seeking closure.