Steps Forward or to the West?

On the LGBTQ Rights Movement in the Indian Subcontinent 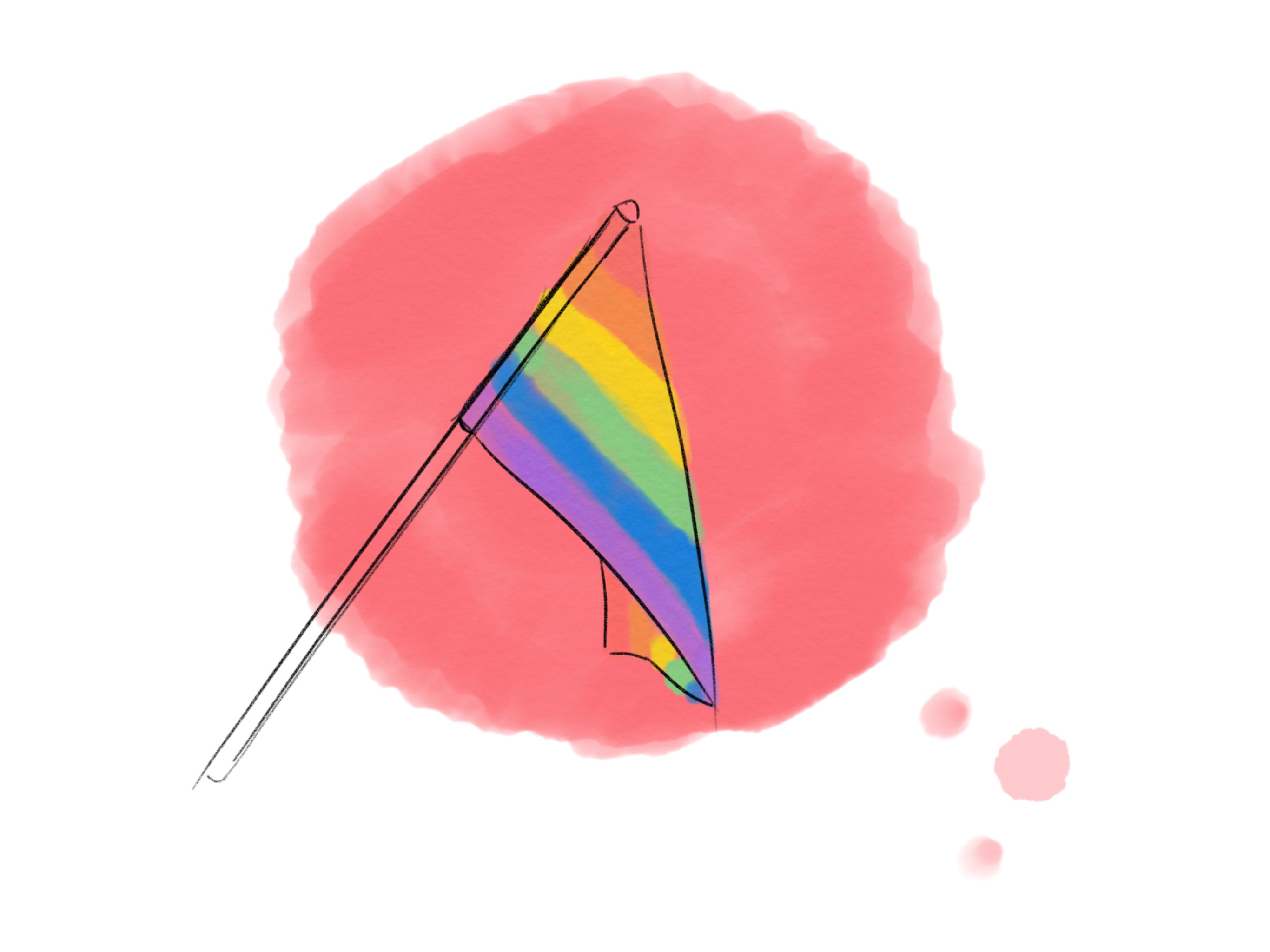 On December 29, the first Pakistani trans march took place in the streets of Lahore. Hundreds of people came out to celebrate and witness the historic moment. The march concluded a particularly eventful year for queer rights in the Indian subcontinent, with Pakistan passing the Transgender Persons (Protection of Rights) Act in May, and India decriminalizing gay sex in September. As a response, several mainstream Western news outlets published articles celebrating South Asia finally “catching up” to Western standards of freedom for sexual minorities.

These mainstream Western conversations often establish their authority by relying on a white saviour mentality which positions the East as “outdated and oppressive,” and in need of “saving” by the “progressive” West. This perspective infantilizes the East and ignores the colonial histories of these queerphobic laws. Section 377 of the Indian Penal Code criminalized consensual sex between same-sex individuals for 158 years, before it was struck down by the Supreme Court. The law originated during the time of the British Raj, a period of ongoing colonization by Britain. Section 377 cannot be separated from the orientalism* which created it. At the time, Britain imagined the Indian subcontinent as “stuck in the past,” in contrast to Western “modernity,” and viewed the indigenous community of the subcontinent as “exotic” and “uncivilized.” The “catching up” rhetoric attempts to discount the direct responsibility of the West in the production of queerphobic aspects of South Asian culture. Several accounts of precolonial India depict acceptance, and even reverence, for sexual and gender minority people, such as hijras (gender non-conforming individuals). Jain religious texts from the fifth century CE distinguish between sexual characteristics and psychological gender and accept a “third sex” as an identity. Many Islamic poems considered hijras as “closer to Allah,” and during the Mughal Period, hijras were often political advisors, generals, and guardians of the holy places of Mecca and Medina. Same-sex relationships also appear often in ancient Indian literature, and adorn Hindu temples. It is necessary to acknowledge that the West directly caused a vast majority of oppression that sexual minorities face in the Indian subcontinent today.

Often, the LGBTQ rights movement in the Indian subcontinent is assimilated with decolonial practices. However, while the movement does fight against colonial laws, it can also be criticized for upholding the very colonial hierarchies it opposes. By using models of gender and sexuality that originated in the West, and are non-native to the Indian subcontinent, the LGBTQ rights movement does not truly engage in decolonization. Terms such as gay, lesbian, transgender, etc., along with the LGBTQ acronym itself, did not exist pre-colonization. The tools employed by the movement, such as the rainbow flag and the invocation of non-native identity categories, are reinforcing the use of Western ideologies and models, which implicitly perpetuates the hegemony of Western hierarchies.

It is necessary to acknowledge that the West directly caused a vast majority of oppression that sexual minorities face in the Indian subcontinent today.

Audre Lorde’s seminal work “The Master’s Tools Will Never Dismantle the Master’s House” suggests that the patriarchy cannot be destroyed using agents of its oppression. She argues that when oppressive systems are used to critique or dismantle oppression, no substantial change can ever occur. It follows that the colonizer’s tools cannot be used in the process of decolonization. Similarly, Foucault argues that the very idea of a “true sexuality,” such as that of the homosexual, was produced in the West during the Victorian era. Thus, the freedom to express “true sexuality” that the LGBTQ rights movement in the Indian subcontinent advocates for, is often rooted in the colonial and non-native “LGBTQ” discourse. This is apparent through transformations that have occurred in gender discourse, such as the definition of hijras, who once might have not been defined in the discourse of the West, and who are now narrowly referred to as “trans women.” Using colonial models of gender and sexuality to fight against colonialism will never be effective, as it simply reinforces the colonial power dynamics which frame the West as progressive and modern.

Mainstream conversations around sexual minority rights in the Indian subcontinent often fail to criticize or reevaluate the benchmark used for “queer acceptance.” After the decriminalization of gay sex in India, articles published by Western news sources celebrated the major victory for the LGBTQ rights movement. Many articles were also quick to point out that “other major victories, like same-sex marriage, [are] on the near horizon.” This legal recognition of same-sex relationships is depicted as the ultimate goal of LGBTQ rights movements, implying that getting heteronormative approval should be the paramount concern of LGBTQ rights. Public sex or “cruising” is still outlawed, while many other acts continue to be socially, if not legally, stigmatized. The mainstream Western idea of LGBTQ rights does nothing more than reinforce a flawed idea of what queer rights movements should advocate for based on heteronormative standards.

Furthermore, considering the decriminalization of gay sex as part the decolonial process can lead to harmful assumptions. When examining the East, Western writers often essentialize the culture of pre-colonial India and fail to recognize that the subcontinent is not ubiquitous in their identities and struggles. The idea that the pre-colonial subcontinent was somehow utopian in its treatment of sexual minorities, and was then “ruined” through colonization paints a picture of a homogenous mass lacking nuances. Theorizing about gender and sexuality also requires the recognition of indigenous queerphobia in the pre-colonial era – although hijras were more widely accepted, they were still fetishized, and their treatment and freedoms were still limited compared to those afforded to cisgender people. The decolonial discourse around precolonial gender and sexualities often romanticize them as “fluid” and “exotic,” in contrast to Western models, without acknowledging that this view is also rooted in orientalism. This ignores the complex social and political structures that affect gender and sexuality, both pre- and post-colonization.

The idea that the pre-colonial subcontinent was somehow utopian in its treatment of sexual minorities, and was then “ruined” through colonization paints a picture of a homogenous mass lacking nuances.

All mainstream views on LGBTQ rights in the Indian subcontinent must reconcile with their power structures. Although advocating for queer rights is an important step in decolonization, it is important to avoid romanticization and talk about the political climate of the East with the same degrees of complexity that we offer the West. While it is important to reveal the colonial and orientalist power structures that led to prevalent queerphobia in the subcontinent, we must ensure we do not homogenize and idealize precolonial communities, as this also perpetuates orientalism. While the increased visibility of the LGBTQ community and the massive strides made in the past year should not be understated, it’s important to remain cognizant of the work that remains to be done. Remaining critical of both the movement itself and the responses to the movement is essential to resist reproducing power structures.