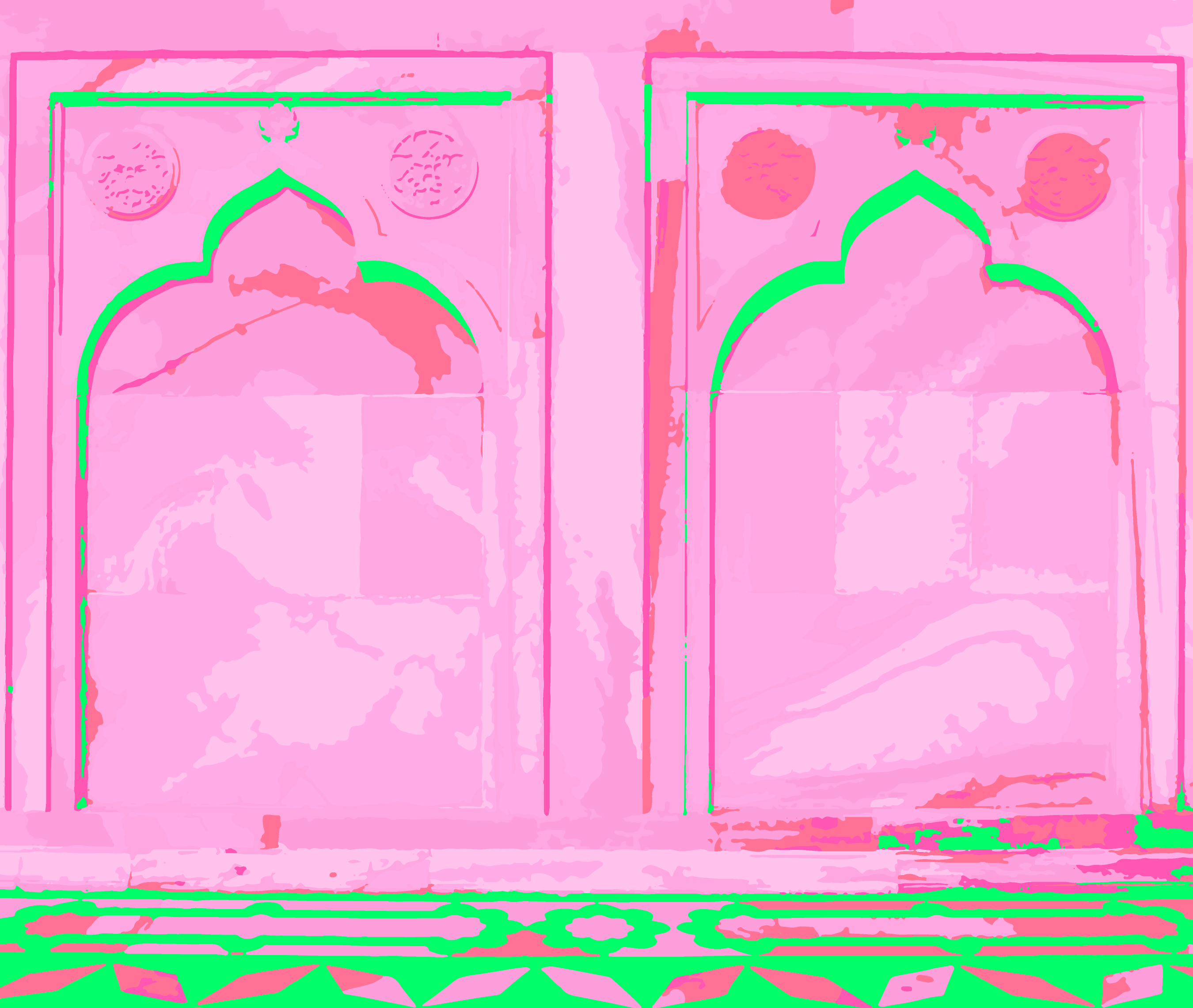 Just before the new year, in Kerala, India, two hijras (gender non-conforming individuals) were walking home after dance practice at 2:30 a.m., when they were violently attacked by police officials. According to the hijras, the policemen stopped their vehicle, got out, and charged at the them unprovoked, and beat them as they begged for their lives. The hijras pleaded, saying they would die if the officers didn’t stop. Callously, one of the officers responded that they were better off dead.

Mamta Jasmine and Sushmita later filed a complaint at the town police station, wishing to press charges against the officers for the blatant wrongdoing. However, two days after, both hijras were charged for indulging in “immoral activities” under the Immoral Traffic (Prevention) Act, 1956, which forced them to rescind their charges for fear of further prosecution.

Hijras in South Asia live on the fringes of society, to say the least. In the past year, there have been countless reports of gender non-conforming individuals being attacked or discriminated against in India and Pakistan. They are denied employment opportunities and political participation, and often face rejection from their families. A study conducted in 2007 indicates that 44 per cent of trans women report facing physical abuse, and 36 per cent report experiencing sexual violence, yet little has been done to protect these communities from further oppression.

A large majority of hijras live in poverty, turning to sex work and begging to survive. Walking down the streets of Lahore, it doesn’t take long to be approached by a hijra on the streets, asking for money or attempting to sell a small product or craft. They often have no option but to spend their lives knocking on car windows asking for money, as even skilled hijras are denied jobs and excluded from the economic sphere.

The crisis that trans and intersex people face in South Asia is pervasive, but the region has seen more progress recently than some might expect. The treatment of non-normative identities today perpetuates the stigma that South Asian people are intolerant of the LGBTQ community. It is not uncommon even for McGill students to hold preconceived ideas about international students from this region, as they may be aware of the current maltreatment of marginalized groups in the Indian subcontinent. However, what is often neglected is the rich and vast history of trans people in South Asian history, a history that drastically changed due to British colonization.

Some of the most ancient texts in India acknowledge and accept a “third sex,” or persons not conforming to the male/female dichotomy. Jain texts even speak of “psychological sex,” which emphasized the distinction of psychological make-up from sexual characteristics. It is clear that identities diverging from the normalized gender binary were not uncommon and were in fact widely accommodated for. The Kama Sutra itself, dating back to 400 BCE, mentions the sexual practices of tritïya prakriti, a third gender.

In pre-colonization India, hijras were recognized as being neither male nor female, embodying a third gender. In modern society, the Western model would define them as trans women, yet this term is often contested as it does not always accurately describe the identity and experiences of hijras. In the ancient Indian epic poem Ramayana, Lord Rama, banished from his kingdom, turns to his followers and asks all the “men and women” to return to the city. The hijras among his followers do not feel this applies to them, and decide to stay with him. Rama, impressed by their loyalty, sanctions them with the power to confer blessings on people during auspicious occasions. Even today, it is easy to hear memories of a time when a hijra would be called into a house after childbirth to bless the child and its family, or when hijras would be commissioned to sing songs and prayers for weddings. They were revered for thousands of years, often seen as transcending the human form and being closer to Allah by the Indian community. Hijras were not only accepted but deified, occupying roles such as defending the holy places of Mecca and Medina.

During the Mughal Empire, hijras held important positions as political advisors, administrators, and generals. They had access to all public spaces and sectors, helping to build and maintain the empire. They also occupied high stature in Islamic religious institutions and were able to influence state decisions.

Then the British arrived, and, being the British, they ruined everything. Accounts of early European travellers showed they were repulsed by the sight of hijras, and could not comprehend why they were revered. During the era of the British Raj, colonial administration attempted to eradicate hijras, who were seen as “a breach of public decency.” They were placed under the Criminal Tribes Act, and as such, were subjected to compulsory registration. Through years of strict monitoring and stigmatization under British rule, hijras were pushed out of the social sphere. They began to lose their religious and political standing, as colonial mentality shifted cultural and ethnic beliefs. Homosexuality, which appears in ancient Indian literature and adorns Hindu temples, was also outlawed by the colonial administration. As British culture was enforced in India, so were its beliefs and values, leading to an ostracization of hijras that continues to this day.

Through years of strict monitoring and stigmatization under British rule, hijras were pushed out of the social sphere.

Post-independence India and Pakistan continue to suffer from cultural relics of colonization, which include the rejection of hijras. Many local laws today reflect the prejudice introduced by the British, leading to legal targeting of hijras through police violence and disproportional surveillance. Hijras, upon being denied many employment opportunities, frequently engage in sex work for which they are unfairly charged, as this is often the only means they have to make money.

Hijras in India and Pakistan now face a larger crisis than ever. Multiple NGOs estimate over half a million hijras live across South Asia, almost all of them having little to no employment opportunity or social support. Certain Sufi shrines still hold reverence for hijra communities, but outside of these areas, no respect is given. Landlords will often refuse to rent rooms to hijras, which leads hijras to form a tight-knit community in the few spaces they are allowed. By living in close proximity, hijras have begun organizing and mobilizing themselves for rights and liberation in response to this ongoing and neglected crisis. Since 2012, hijra rights activists have scored important victories, such as the addition of “hijra” as a category on ID cards and census forms in India and Pakistan, and the formal warning of police officers to cease harassment and intimidation. Just earlier this week, “hijra” was added to the gender identity section of the voter list in Bangladesh.

However, census recognition is not enough to combat the exigent crisis of violence that hijras face today. Brutality and employment discrimination show no signs of declining; representation and acknowledgement is just the first step in a long battle against this colonial legacy. NGOs from around the world have attempted to provide support for hijra communities, in the broader scope of LGBTQ aid. Unsurprisingly, this aid often lacks nuance and is alienating for the LGBTQ community in South Asia. By employing Western models of gender and sexuality, Western NGOs do not fully understand the history and complexities of the hijra identity, or of other non-normative identities in South Asia. Support for hijras must necessarily be decolonial to be effective, as using foreign conceptions of identity may end up being counterproductive and neocolonial.

By employing Western models of gender and sexuality, Western NGOs do not fully understand the history and complexities of the hijra identity, or of other non-normative identities in South Asia.

Hijra activist groups and grassroots organizations need to be recognized and supported in their liberation efforts. While the recent political recognition and protection of hijras is noteworthy, further decolonial efforts need to made to acknowledge and rectify the treatment of hijras as well as the roots of this oppression.