The Perpetuation of White Supremacy by Persian Nationalism 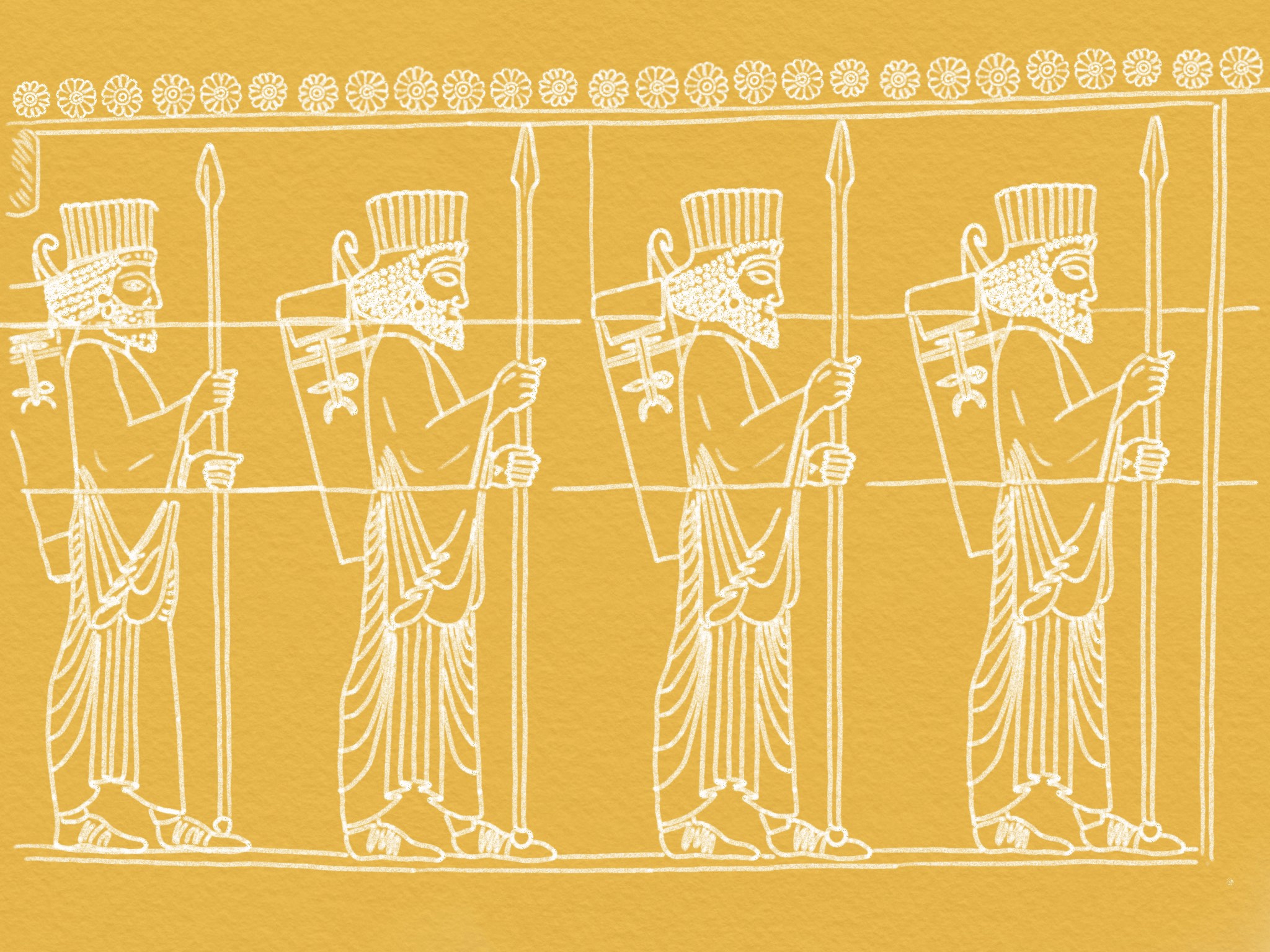 As people of colour, we can still perpetuate aspects of white supremacy and racism within our communities. It occurs in many ways — the promotion of lighter skin as a standard of beauty, anti- Blackness, and a desire to distance ourselves from another group of colour, just to name a few. I have seen this in my own community as a person of Persian descent. The one event people often associate with Iran is the 1979 Islamic Revolution, but its history is far more complicated. This piece is not meant to “harm” the image of Iranian people or to depict them all as racist, but to critically examine the ideologies that have gained a powerful place in Iranian identity. Some nationalists may see this and assume I am a self-hating Iranian-American, but that is far from true. I love being Iranian and I love my culture, but I will not sit back and ignore the racism entrenched in Iranian nationalism.

I love being Iranian and I love my culture, but I will not sit back and ignore the racism entrenched in Iranian nationalism.

The Iranian population is very ethnically diverse; it is 51 per cent Persian, 24 per cent Azeri, eight per cent Gilaki and Mazandarani, seven per cent Kurd, three per cent Arab, two per cent Lur, two per cent Baloch, two per cent Turkmen, and one per cent other. However, the common narrative about Iran is that it is a uniquely Persian country. This racist rewriting of Iran’s ethnic background as monolithic began with efforts to homogenize, or “protect,” the Persian identity from outside influences, such as Arab, Turkish, and Mongol.

The land that forms the modern nation-state of Iran is made up of many groups of people that have co-existed for centuries. The rise of the nation-state in the early 20th century created arbitrary borders in which different ethnic groups were separated or regrouped. Before this process took place, people did not think of themselves as members of a single unitary nation. They saw themselves in reference to the towns or cities from which they originated, and they were ruled principally by landlords, tribal chieftains, and clerics. However, with the rise of European intervention in Iran in the 19th century, Qajar dynasty rulers became concerned with the perceived lack of Iranian power in the face of imperialism. They formed a narrative that the decline of Iranian power did not stem from European imperialism and intervention, but from the conquest of Persia centuries before, and that Arab people were the reason for the current setbacks in Iran. The nationalist and racist writings of this era dehumanized Arabs, and became the foundation of modern anti-Arab racism. To promote this ideology, they declared that the true, pre-Islamic Persian empire was “Aryan,” and ethnically linked to Europeans. They used racist European racial theory to state that the mixing of Persians and Arabs had led to the decline of Iran, just as Europeans argued that the mixing of races would lead to the demise of Europeans. In this context, Iran had to be rid of all Arab influence in order to reach its pre-Islamic prestige once again. It is important to note that before the 19th century, there was no documentation of this intense hatred of Arabs and Islam; it began with the adoption of European racial discourse. Furthermore, this ideology removed all responsibility from Persian Iranians, and placed all the blame of Iran’s struggles with Western influence on Arabs and Islam in Iran.

This ideology was further promoted by policies carried out by the Pahlavi dynasty in Iran between 1925 and 1979. These policies included the forced unveiling of women, the ban of all languages except for Persian in schools, and the forced implementation of European- style bowler hats for men. Pushback against any of these policies resulted in the use of force by the Iranian government; for instance, at least 100 people were murdered when clerics protesting the bowler hats in Mashhad in 1936 were shot at by troops sent by the Shah.

Persian nationalism has perpetuated the common narrative that Iran is a specifically “Persian” nation. As a result of this, non- Persian ethnic groups in Iran have become the butt of racist jokes and ignorance.

Persian nationalism has perpetuated the common narrative that Iran is a specifically “Persian” nation. As a result of this, non- Persian ethnic groups in Iran have become the butt of racist jokes and ignorance. There are many “jokes” made about Azeris (ethnic Turks from Azerbaijan) that emphasize their “stupidity,” as well as the portrayal of Haji Firouz (similar to Santa Claus) during the Persian New Year in blackface. Furthermore, ethnic and religious minorities in Iran continue to face discrimination at the hands of the current government, which considers the “true” Iranian to be both Persian and Shia Muslim. This shift in a pro-Muslim identity came after the 1979 Islamic Revolution, which instated a Shia Islamic government but still contained remnants of pro- Persian, anti-Arab sentiment due to the heavy promotion of Persian nationalism in education. Former president Mahmoud Ahmadinejad executed numerous minority activists throughout his presidency, in an effort to silence Arabs, Kurds, and Baluchis, and further perpetuate the belief that Iran is a strictly Persian country.

It is within this paradigm of Persian nationalism that I have seen efforts from Persians in the diaspora to assimilate as much as possible to their adopted countries’ cultures, and to distance themselves from Islam. They want to be perceived as “one of the good ones,” to position Persian identity opposite the Islamophobic media representations of Middle Eastern people by putting down Arab people. This results in confusion for diasporic Persians when they undoubtedly are not perceived as white by white Westerners. However, the rhetoric perpetuated by this ideology is not only racist, but also dangerous in a diasporic context. A 2016 shooting in Munich took the lives of nine people and injured 36; many of these people were Turkish, Arab, and/or Muslim. The gunman was a second generation Iranian- German who considered himself a member of the “Aryan” race, and considered other immigrants from the Middle East as racially “inferior.” His own writing included calling those of immigrant and Muslim backgrounds “foreign sub-humans.” This rhetoric strongly parallels the racist ideology of Aryanism in Iran, especially the writings of Mirza Aqa Khan Kermani, one of the first Persian nationalists from the late 1800s. Kermani referred to Arabs as “vilest humans, most vicious beasts” and described pre-Islamic Iran as the perfect society. Although this is an ideology that has been taught and preached to Iranians for decades, it is necessary that we unlearn this narrative and racism within our communities.

This racism is motivated by Persians’ efforts to position themselves as a “civilized” and “harmless” ethnic group, opposed to the “uncivilized” and “dangerous” Arabs.

I have seen in the diaspora that our confusion and sense of insecurity in our race has increased along with the sense of danger of being Middle Eastern in the Western world. There are growing safety concerns for people associated with the Middle East in the West, stemming from the 9/11 attacks’ backlash and the recent rise of Islamophobia under Trump’s presidency. Nevertheless, the ideology created by Qajar rulers and promoted by the Pahlavi dynasty has not, and will not, protect Persians from racism and discrimination in the West because it is just that — an ideology, and a racist one at that. This racism is motivated by Persians’ efforts to position themselves as a “civilized” and “harmless” ethnic group, opposed to the “uncivilized” and “dangerous” Arabs. Many Persians living in the West want to paint a picture of themselves as a white ethnic group and frame the Islamophobic images of Middle Eastern people portrayed in the media as specifically Arab, Muslim, or non-Persian. It boggles my mind when I see very clearly non-white Persians trying to persuade someone of their whiteness, in an attempt to enter the Western conception of whiteness which defines racial power dynamics in the West. Many ethnic groups, including Persians and Arabs, lived side by side in the Middle East for centuries until specific borders were drawn and Persian nationalists borrowed European racial theory to promote an “essential” and “historical” rivalry between us. It is essential for our community to do better, to understand Iran as diverse society, to promote the rights of minority ethnic and religious groups, and to acknowledge and disown the racism and bigotry present in Persian nationalism.