“Why is abortion self-care?”

Abortion Beyond Bounds on Access to Dignified Abortion Care 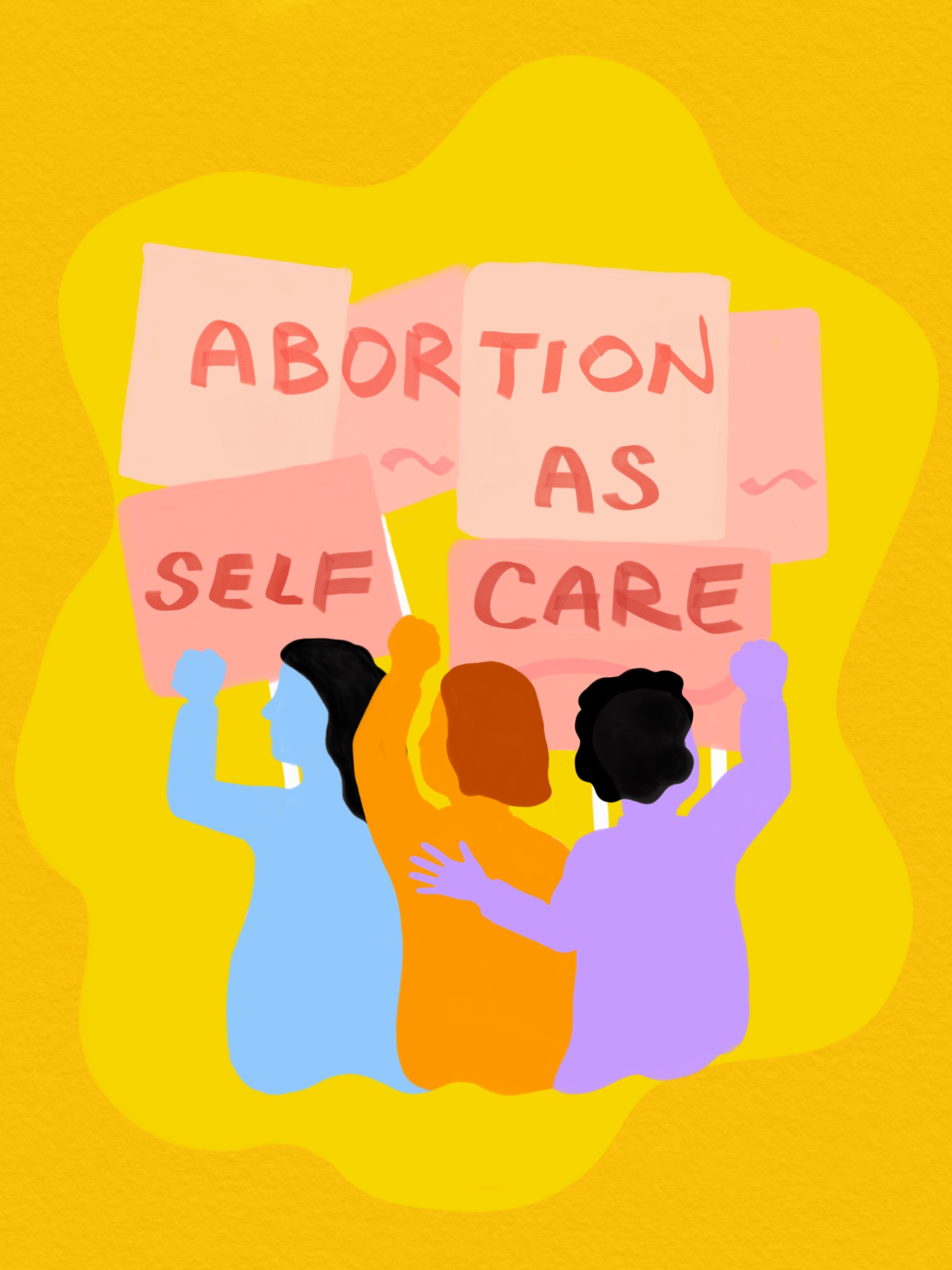 Over two hundred students, alumni, and faculty attended the Abortion Beyond Bounds conference on October 11 and 12. Attendees heard both local and international speakers offer diverse perspectives on the impact of Canada’s recent legalization of the “abortion pill” (mifepristone) and the disparities of abortion access worldwide. The speakers spanned many fields from providers, activists, and artists, to emerging and established researchers and scholars. Presentations contextualized the repeal of Ireland’s 35-year abortion ban in May, the wave of protests to decriminalize abortion in Argentina last month, and the anticipated further erosion of reproductive rights in the United States following Brett Kavanaugh’s Supreme Court confirmation earlier this month.

The conference provided a timely assessment of contemporary questions surrounding autonomy, technology, and access related to reproductive care, the evolving role of institutions and law, and activist strategies for moving forward. Organized by McGill’s Institute for Gender, Sexuality, and Feminist Studies (IGSF) and Centre for Research on Gender, Health, and Medicine (CRGHM), the conference emerged from research by co-organizers Rebekah Lewis (Faculty of Medicine) and Jennifer Fishman (Social Studies of Medicine, CRGHM), which coincided with the 30th anniversary of the Morgentaler decision that overturned criminal abortion law in Canada. The conference opened with a workshop by artist Laia Abril, who introduced a central theme of the event: how to make the invisible visible. Abril’s work is comprised of stark photography and interactive installations. In her talk she described how her artistic practice not only gives a voice to the largely unheard stories of those affected by abortion restrictions around the world, but also brings viewers less familiar with the dangers of restrictive contexts into the conversation. “The goal for me is to show viewers that everything is connected […] Art can bring people who may not be aware into the discussion,” she said.

Donna Cherniak, author of The Birth Control Handbook (1968) and opening keynote speaker, described her own efforts to educate herself on the subject decades earlier as a 19-year-old undergraduate student at McGill. Full of vital contraception and abortion information that was illegal to disseminate at the time, the handbook eventually sold millions of copies in Canada and abroad, many of which were printed from Cherniak’s Montreal apartment. With the proceeds, she hired an artist to render vibrant images of real bodies that would accompany the text and illustrate the link between pleasure, sexuality, and abortion. “Not only is it amazing to think of [Cherniak] working here at McGill to make this information accessible to students, but I am also surprised at how relevant many of her insights continue to be today,” said Kelly Gordon, a Political Science assistant professor at McGill and conference co-organizer. As part of the keynote presentation, Anne Lardeux from the University of Montreal read excerpts of the handbook out loud while projecting 16mm archival prints of its illustrations. “Learning about The Birth Control Handbook and its history was an inspiring reminder of how young people have [long] mobilized to educate, empower, and demand greater reproductive rights and access,” said Daniela Spagnuolo, a graduate student presenter from the University of Toronto.

Student presentations throughout the first day revealed an emerging generation of scholars exploring key impediments to abortion access and care. Srishti Hukku, a doctoral student at the University of Ottawa shared her extensive research on mifepristone, a safe and effective abortion pill that has been legally available in many countries since the 1980s, but only became legal in Canada three years ago. Krina Patel, Daniela Spagnuolo, and Parisa Sharifi, graduate students from the University of Toronto, discussed Health Canada’s regulatory criteria for providing the pill, which not only departs from overwhelming scientific evidence and global standards of practice, but creates barriers to access through strict regulations, like mandatory ultrasounds and invasive check-ups. The co-authors warned against conflating “choice with equitable access,” since legal barriers too often render the right to abortion meaningless, especially for those who are already most vulnerable. Katelyn Mitchell (University of Lethbridge) and Sarah McLeod (Acadia University) asserted that widespread misinformation proves a further barrier to access. The presentations highlighted the need to trust, rather than police, those seeking reproductive care and allow them to interpret the needs of their own bodies. “Unless personal choice is actively and robustly supported by social means—geographical and economic access, education, an expanded sense of what constitutes care—legal ‘access’ is just a paper promise,” said Alanna Thain, a conference co-organizer and Director of the Institute for Gender, Sexuality, and Feminist Studies at McGill.

The second day of the conference featured expert panelists focused on ways of circulating abortion knowledge, technologies, and care to those without access. Angel Foster, professor of Health Sciences at the University of Ottawa, described how organizations like Women Help Women use telemedicine to deliver abortion pills to women in need across the world. Law professor Joanna Erdman (Dalhousie University) urged attendees to shift the focus from “unsafe” abortion to unjust laws that so often harm vulnerable individuals and communities. She ended her talk with a powerful call to action: “If a law is unjust, we are not only right to disobey it, but compelled to do so.” Farah Diaz-Tello, senior counsel for the Self-Induced Abortion (SIA) Legal Team based in California, also pushed attendees to think beyond institutional boundaries. She drew attention to the historical exclusion by the medical establishment of traditional sources of knowledge, like midwives, which resulted in early abortion laws and criminalization. “Abortion has always had racial implications and class implications,” said Zakiya Luna, a professor of Sociology at the University of California, Santa Barbara. Luna reminded attendees that abortion criminalization is central to global histories of inequality. She suggested that allies, to help undermine these inequities, make donations to support organizations led by people of colour. “Money is not evil. Organizations need money,” she said.

Wearing a t-shirt emblazoned with the message, “Everyone Loves Someone Who Had An Abortion,” produced by the US National Network of Abortion Funds, Luna’s talk about the reproductive justice movement went on to establish the compatibility of love and abortion. She encouraged attendees to reframe the discussion around abortion by elevating the role of emotion and imagination in response to anti-choice movements. Words can serve to build more expansive and inclusive movements, she explained, even between groups in seemingly intractable opposition. Language as a political and rhetorical tool for both expanding and restricting abortion access emerged as a common theme across panels. Colleen MacQuarrie, a psychology professor at the University of Prince Edward Island, credits the imaginative power of visual expressions in social movements for reinstating abortion access in PEI after three decades. “We need accessible ways to tell our stories,” she said. “If we try to embrace the ways in which we enjoy being together, or give ourselves permission to laugh, it serves to build our strengths and our energy.”
“I had not expected to learn so much about the impact that language can have within contexts of reproductive health. It alters our understandings and can have the potential to create hostile or welcoming spaces. It reminded me to be conscious of the words that I use and question their effect,” said Alice d’Aboville, a U4 International Development student and intern for the conference. A.J. Lowik, a graduate student at the University of British Columbia and author of the Trans-Inclusive Abortion Services Handbook, explained how the common language of women-centered services excludes and erases the abortion needs of transgender people. They encouraged reconsideration of the history of care dynamics, which are “laden with power.”

Earlier, recent McGill graduate Rihan Lewis discussed how volunteer drivers in Texas, where 96% of counties have no clinics that provide abortion, address the state’s “care deficit.” She urged attendees to rethink what abortion care looks like, beginning a larger conversation at the conference. Mainstream conceptions of “self-care” often centre on consumerism, such as manicures and spa trips, which are far from the original meaning of the phrase. Black feminist theorist, Audre Lorde, originated the term in the context of “self-preservation” and survival for Black women. Marsha Jones, executive director of The Afiya Center, echoed Lorde when she spoke about the politics of care. The Afiya Center recently erected a billboard in Texas that read, “Black women take care of their families by taking care of themselves. Abortion is self-care.” Jones, holding up a copy of Radical Reproductive Justice to the audience, explained the urgency of the billboard and her social justice work: “Why is abortion self-care? Because it is life-saving. It means that one gets to live to see tomorrow. Because our lives matter.”