The Bias Against Women in Physics 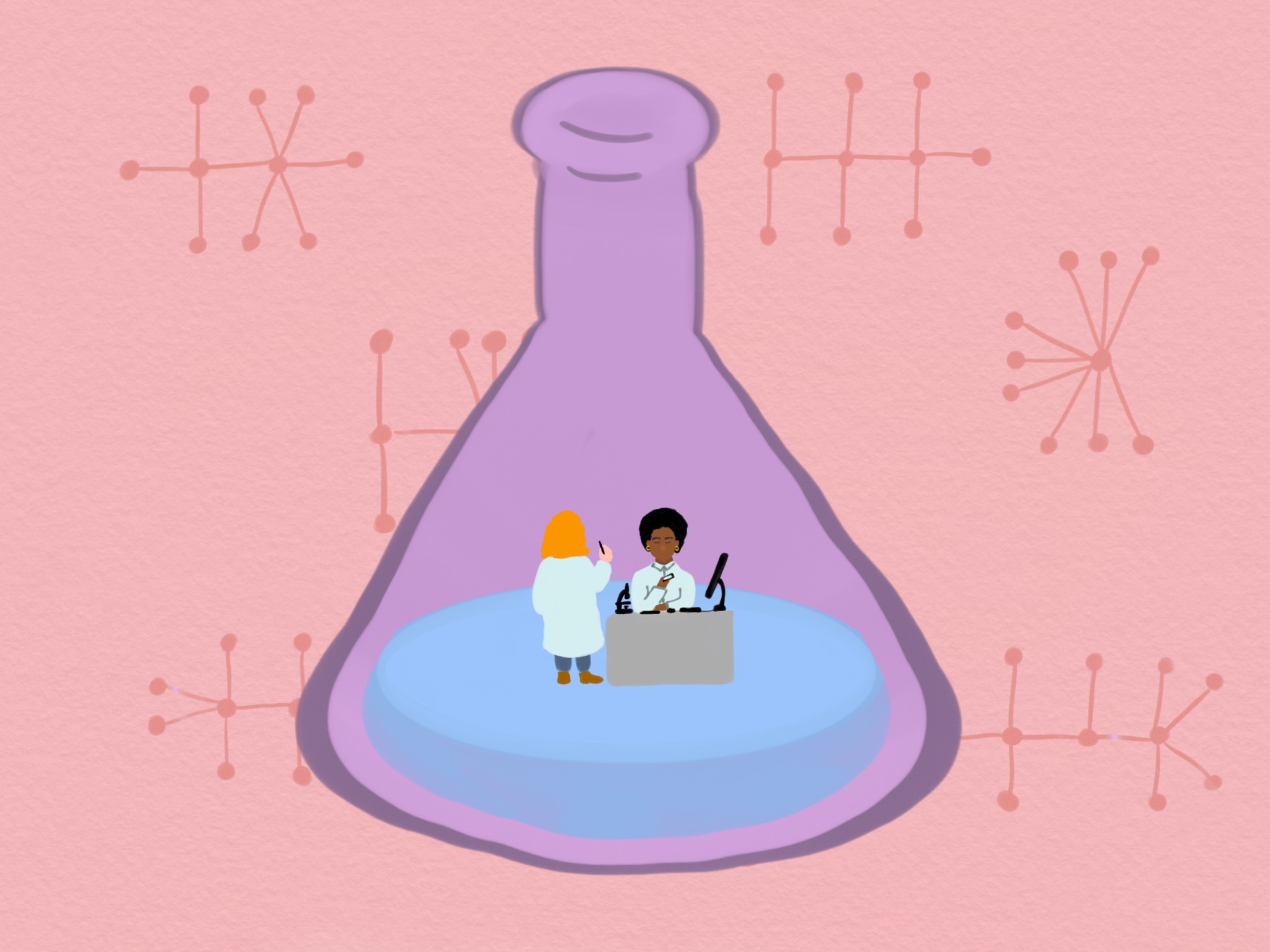 On September 28, 2018, Alessandro Strumia, a theoretical physicist at the University of Pisa, gave a talk at a conference held by CERN (European Organization for Nuclear Research) in Geneva. His presentation argued that the field of physics has become discriminatory towards men, and unfairly favours women. His presentation was considered highly offensive by the audience and organization committee.  Strumia has since been suspended from working with CERN.

The main issue that listeners took with Strumia’s claims  was that most of his statements were blatantly false. Women in physics often experience strong cultural bias and gender-based discrimination. However, the harmful impact of Strumia’s presentation isn’t isolated to this one incident. To a lot of women in the field, the problem of workplace bias is a reality of daily life. Scientists like Strumia will argue that the incredible underrepresentation of women in Physics isn’t discriminatory, because “physics [was] invented and built by men. It’s not by invitation.” When discussing the presentation, Maude Bédard, a U2 Physics undergraduate said, “what sucks is that it’s not surprising.” This attitude is unfortunate but not uncommon in the field. This leads to women feeling isolated, inexperienced, and unwelcomed. It also works to discourage women and femmes from entering the field.

The issues that modern women face in male-dominated fields like Physics, are often subtle and subconscious. Barriers are put in place largely by a culture that encourages and celebrates men’s intellectual goals but discourages the same from women. Tami Pereg-Barnea, a Physics professor at McGill said, “Very early on, we don’t educate our girls to be smart, we educate them to be nice. We don’t empower them enough.” We often raise men and women in a binary system, where one is treated differently from the other, and taught to enjoy different things. Brigitte Vachon, a Physics Professor at McGill and founder of the Canadian Conference for Undergraduate Women in Physics, says she noticed the difference in the way her children were treated as early as three years old. She explained that she found her son was complimented on his ability to count or play with Lego, while her daughter was more often complimented on her appearance. She said, “I caught myself doing it. Everybody does that. We talk to children differently.”

This subconscious bias in the way men and women are treated only gains strength as children get older and advance into academia. Vachon pointed out that the adjectives used to describe women and men in reference letters are vastly different. Women will be described for their administrative capabilities, and men for their innate intelligence;  “She’s working really hard, she’s delivering, she’s organized,” as opposed to, “he’s brilliant and intelligent.” Pereg-Barnea noted  that she “didn’t get a single request from female undergraduate students to do a project with me. But men find it ok to suggest that they come here to talk about my research, even when they know nothing about it.”

As women in western culture, we will often internalize the biases we grew up with. This can lead to a lack of assertiveness; women find themselves being non-confrontational and unassuming in their field. According to a study on gender differences in Science, Technology, Engineering, and Mathematics (STEM), reported by Statistics Canada, “women are always less likely to choose a STEM program, regardless of mathematical ability. The Program for International Student Assessment (PISA) is a test which evaluates 15 year old students on their reading, math, and science capabilities in various countries around the world. Among those who went to university, 23 per cent of women in the three highest categories of PISA scores chose a STEM program, compared with 39 per cent of men in the three lowest categories of PISA scores.”

Imposter syndrome also contributes to lower levels of female representation in the field. Described as a feeling of chronic self-doubt and inadequacy despite obvious success, imposter syndrome can often cause women to feel hesitant to participate, or feel unwelcome around their peers. This is a feeling common in teachers and students amongst other professions.Vachon shared that she  is “always very nervous about saying anything or questioning people, but  [her] male colleagues will not shy away.”   Imposter syndrome feeds into a lack of representation in the faculty, and vice versa. Only 13 per cent of the Physics faculty at McGill is female. “It’s so intimidating when you don’t have a place in this field. It’s hard to feel like you have a chance when the statistics tell you that it’s so unlikely,” explained Katie Savard, another U2 Physics undergraduate. Many students don’t get to learn from women as their professors until later into their degree. Pereg-Barnea pointed out, “we still have this image of a scientist, which isn’t necessarily a woman.”

Undermining the abilities of women in the field has been normalized, and is often done subconsciously. The fact that the experiences of women are often subtle and not immediately apparent to men makes it difficult to describe or point out specific problematic behaviors. It seems that many males in the undergraduate program don’t notice the barriers their female classmates face. Women can experience a fear of being misunderstood, or being told they’re overreacting, and many often notice that men will get defensive when these problems are pointed out to them. “You [men] choose to victimize yourselves”, said Chloé Robeyns, a Physics U2 undergraduate student. Strumia is a prime and outspoken example. “Men don’t think about these things because it doesn’t happen to them. But if you care about women, you need to start paying attention,” expressed Savard.

The sources used here represent the experiences of white women in Physics. There are other barriers, such as those  faced by queer people, people of colour, and people with disabilities, which also deserve public discussion. Not only is there a lack of representation for these groups, but the barriers facing these groups are often greater than those faced by white women in Physics. To begin changing the field, we must listen to all those who are starting conversations and asking to be heard.

This conversation is, however, active and ongoing in the STEM community. Important forums like the Canadian Conference for Undergraduate Women in Physics, or the Women in Physics Canada Conference (being held at McGill this summer) are organized to create a welcoming and supportive community for women. “I think one of the key aspects of helping to develop an interest in physics within young women is providing them with some kind of inspiration. Being exposed to more women in Physics, relating to them and hearing their challenges and successes are all so important,” said Juliann Wray, a Physics undergraduate student. Conferences such as these “seem to be filling a need for discussion, for providing a safe space,” said Vachon. Change is happening, and it is now critical to make the discussion bigger and louder. Now more than ever it’s important to  foster safe spaces where women are free from the internal barriers caused by external cultural norms that hinder the confidence and feelings of competence in young women. Opening up the conversation is a big step in breaking down the barriers women face.