Don’t Suffer for Your Art

Critiquing The Myth of the Tortured Artist 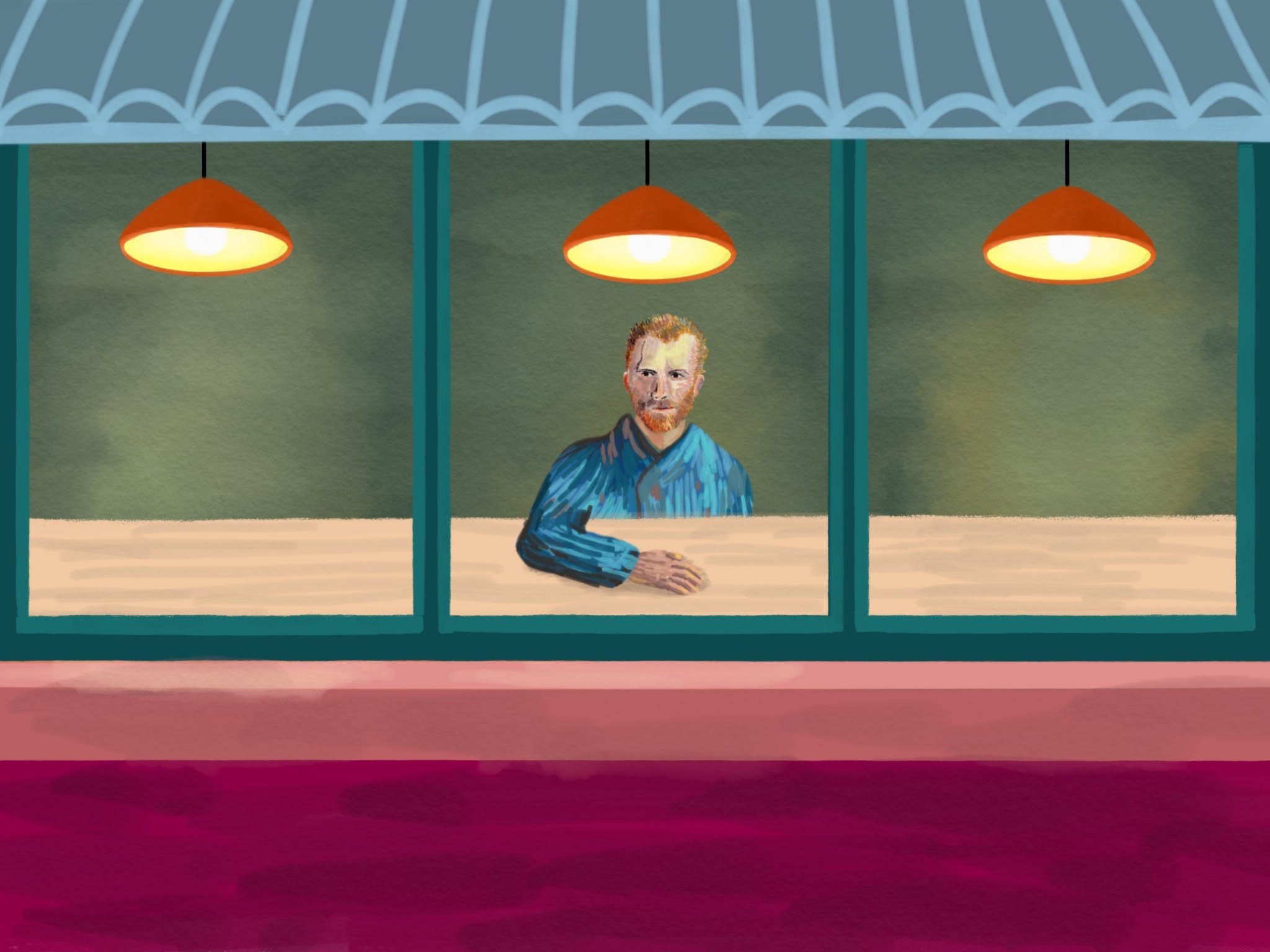 The theme of suffering is common across the arts: from the morbid musings of writers like Edgar Allan Poe, to the themes of loneliness and struggle underlying much of Frida Kahlo and Vincent Van Gogh’s work, the creative field has been marred by anguish for centuries. Pain and loneliness are universal and integral to being human, and we, as mass consumers, celebrate artists when they turn the ugly side of humanity into something beautiful. Yet, rarely do we ask ourselves at what price this is done. The price of an artwork consists of much more than a time commitment; the emotional investment often consumes artists in ways that other types of work do not.

The myth of the tortured artist – the mysterious creative genius who suffers but creates beautiful work – is a troublingly seductive story to believe in, insofar as it implies that pain is beneficial if it is productive. However, it is an actively harmful stereotype to those who create and consume art. The romanticization of mental illness and the way in which an artist’s mental health is seen as collateral damage in the warpath to creating “good” art is extremely common; struggling is often seen as a necessary step to achieving greatness in the creative field.

Have we, and do we still, condone the destructive behavior of artists who struggle with mental illness? Do the rose-tinted lenses through which we view art play a part in dooming artists to seek and tolerate pain in order to be productive?

As the legacies of great artists come to have a life of their own, the artists themselves become dehumanized.

Vincent Van Gogh is, among other things, known for his love for the colour yellow. He is believed to have consumed the toxic paint in what was allegedly an attempt to poison himself, but the cult belief still remains that he ate the paint because yellow was a “happy colour,” and he wanted to “feel happy, too.” His destructive and dangerous behaviour is misconstrued by the public to fit the myth of artists who “suffer for their work.”

Other artists, however, have channelled their struggles in ways that showcase their artistic mastery and deftness. Frida Kahlo suffered from depression throughout her adult life. She also struggled with various severe physical disabilities. One of her most popular paintings, “The Two Fridas,” shows two depictions of herself holding hands; both have visible hearts on their chests, one of them broken. She has said, “my painting carries with it the message of pain.”

Similarly, part of the self-aggrandizing mission of the Romantics was to establish the artist as a greater being and to attach a sense of heroism and divinity to all things which were deemed poetic. Solitude and isolation were seen as necessary features of making artists good at their craft; self-destructive attitudes were seen as empowering. The opening lines to Poe’s story “Eleonora” proudly declare madness as being the “loftiest intelligence,” and that “all that is profound spring[s] from the disease of thought.” Romantic artists, such as Poe, themselves perpetuated the myth that having a mental illness equals a greater creative output. They did so to cope with problems like addiction and depression as well as to advance the mission of Romanticism of portraying artists as transcendent superhumans. However, the values attached to being “poetic” are prevalent in contemporary society, too. We rationalize suffering, because it furthers our notion of the tortured artist, which puts pressure on artists themselves to self-destruct in order to create.

When we fail to recognize the circumstances under which the art was created, we are complicit in placing the work of the artist before their wellbeing. Artists deserve treatment for their mental illnesses whether or not they are able to articulate their pain through their work.

In a more modern example, Amy Winehouse also channels her experiences into her art. She struggled with addiction and mental health issues. In one of her most popular songs, “Rehab,” Winehouse sings about her experiences with rehab and conflicts she had about the value of rehab for her wellbeing. The concepts of addiction and rehab that she sings about are commonly romanticized and disassociated from their painful contexts in reality. Much like other artists, her personal trauma led to her material success and while she struggled openly, the media still romanticized her experiences and public persona. At the time of her death, an album of her most popular songs was released, showing that even in death, her experiences were exploited under the guise of appreciating her art. This has been a continuous trend when valuing the work of artists with mental illnesses; the public has capitalized on their pain and struggles during their lives and after their deaths.

Perhaps the reason the myth of the tortured artist is continuously upheld lies in the great art suffering is believed to have produced. Van Gogh, Kahlo, Poe, and Winehouse are all artists whose work has outlived them. In that sense, as the legacies of great artists come to have a life of their own, the artists themselves become dehumanized. While this has no direct repercussions for artists who have already died, it does have an effect on the ones actively striving to leave a legacy. Oftentimes, we consume art in an uncritical way, and we detach the artist from the art piece. This, in turn, plays into the continued disregard for the mental health of artists and the romanticization of their illnesses.

In detaching the art from the artist and simply appreciating the latter, we are accepting – and in the eyes of those struggling with mental illness, even welcoming – Poe’s alcoholism and the deterioration of his mental health as necessary casualties to his work. In doing so, we are placing more value on his work than on his life. When we fail to recognize the circumstances under which the art was created, we are complicit in placing the work of the artist before their wellbeing. Artists deserve treatment for their mental illnesses whether or not they are able to articulate their pain through their work. The myth of the tortured artist becomes most dangerous when it identifies a person’s pain as a source of creativity, rather than acknowledging it as harmful. Turning an artist’s pain into marketable art is not a consolation prize for struggling with untreated mental illness.