The Quebec government deregulated international tuition. McGill must keep education affordable for all. 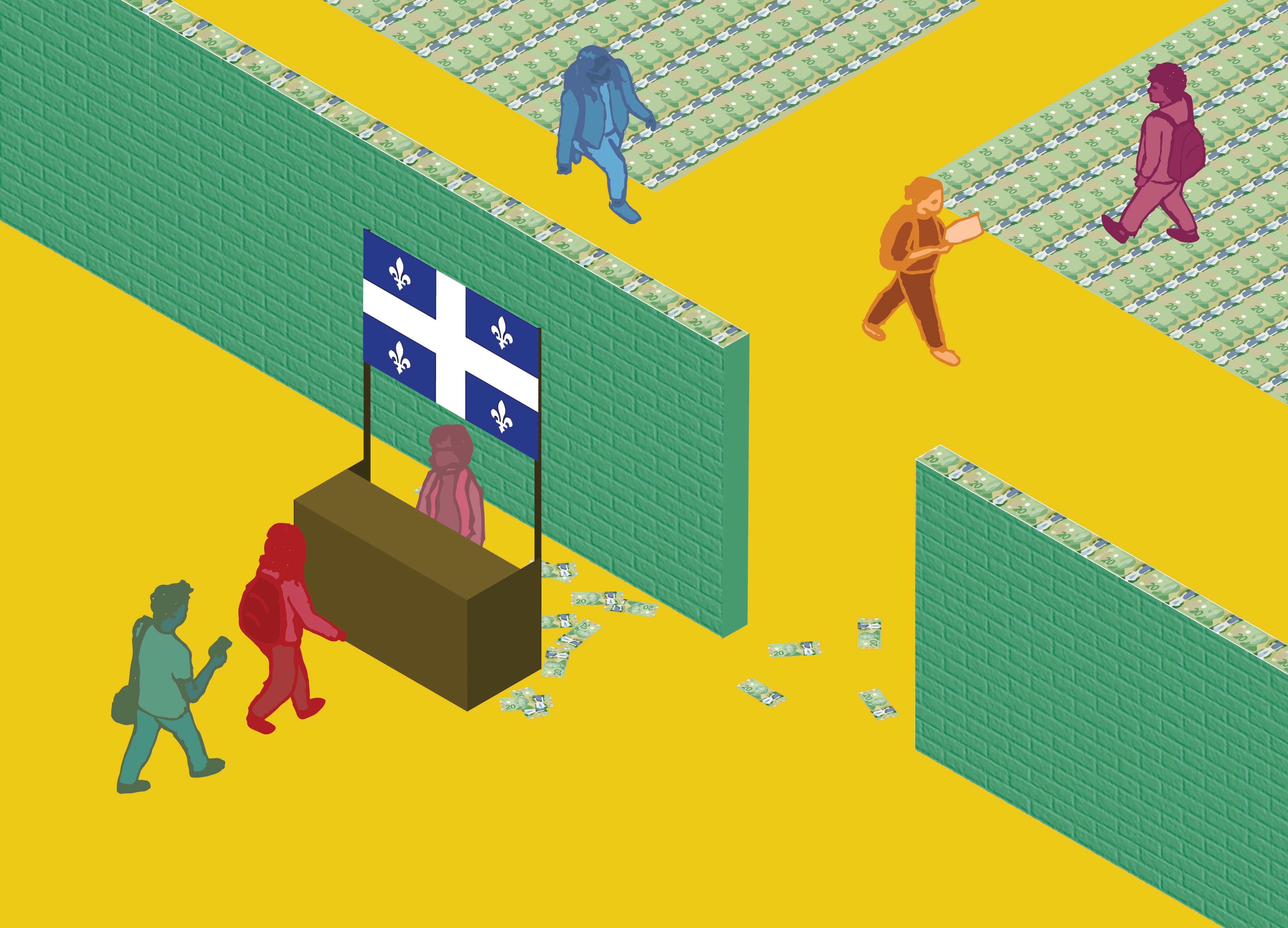 On Thursday May 17, Hélène David, Quebec’s Minister of Education, announced a set of reforms regarding University budgeting. The legislation promises more funding to Quebec universities and exclusive additional funding for francophone universities on the basis of the size of their  international student population. Along with these changes, the government added a budgeting measure which allows for the deregulation of university tuition for foreign students. In other words, universities have been permitted to set international tuition fees as they see fit, which likely will translate into as high as they see fit. The measure’s timing restricts the ability for students to democratically organise and protest against it. If McGill stands for its University Mission Statement and Principles, it must commit to maintaining a reasonable international tuition rate, and instead use the increased funding for better student accessibility.

As reported by La Presse, $1.5 billion will be invested in universities by 2022-2023, which is an overall 11.3% increase from the 2016-2017 university budget year — consequently, McGill’s funding will see a 9.4% increase. The government also promised an additional $9,000 investment per international student (up to 2,500 students) exclusively to francophone universities (which excludes McGill, Concordia, and Bishop), in an effort to internationalize Quebecois education. This added funding would allow these institutions to better compete with Canadian anglophone and American universities.

Deregulation at the expense of international students

Prior to the budget reforms, undergraduate international tuition was regulated by the government (Quebec and out-of-province Canadian fees still are). At the May 16, 2018 Senate meeting, McGill’s principal Suzanne Fortier explained that from the tens of thousands of dollars international students pay, universities used to only receive a couple thousand, and the rest went to the government. Fortier explained that now, all of the international tuition will go directly to the university — “it’s a net gain for us,” she said. Although Fortier celebrated the increased fundings, she did not suggest that fees will be reduced or that the additional funding will go toward scholarship funds for undergraduates. Currently, tuition at McGill goes from almost $17,000 a year for international Arts students, and up to $35,000 a year for international Engineering students. With the new legislation, international tuition fees can be increased even higher, as there are no longer any governmental restrictions that protect international students from inflated tuition costs.

Gabriel Nadeau-Dubois, known for his organizing work during the 2012 “Maple Spring” – a movement which saw Quebec students successfully protest a proposed student tuition hike – and his recent position as co-spokesperson of Quebec Solidaire, tweeted: “Deregulating international tuition fees: unacceptable. Waiting for the end of the term to attack students on the sly: liberals have learned the lessons of 2012” (translated from French). Indeed, as a result of those 2012 Quebec student protests, the Quebec government is well aware of the challenges posed by student organizing and mobilization in the face of proposed tuition increases for Quebecois and Canadian students. Because of the transient reality of being an international student, as well as the precariousness of being in Canada on a student visa, these students are less likely to organize effectively and en masse. Moreover, introducing such a measure at the end of the academic year is the best way to prevent students from challenging policies that directly affect them. Therefore, the government can expect little campus discussion and even less protest.

McGill has a responsibility to its students

International students are vulnerable to the University’s decisions regarding their tuition. It seems probable that, McGill and other Quebecois universities will keep the tuition money that the government had previously been receiving from international students without any benefit to the students themselves, and will, sooner or later, increase their tuition fees. This has been the implied intent of the measure from the beginning — why deregulate tuition fees if not to eventually raise them? [1][2][3]

McGill’s University Mission Statement and Principles states that “McGill University embraces the principles of academic freedom, integrity, responsibility, equity, and inclusiveness.” If McGill wishes to stand by their statement, they have the unique opportunity to commit to inclusivity by making education more affordable to all by committing to use this “net gain” for the benefit of international students.