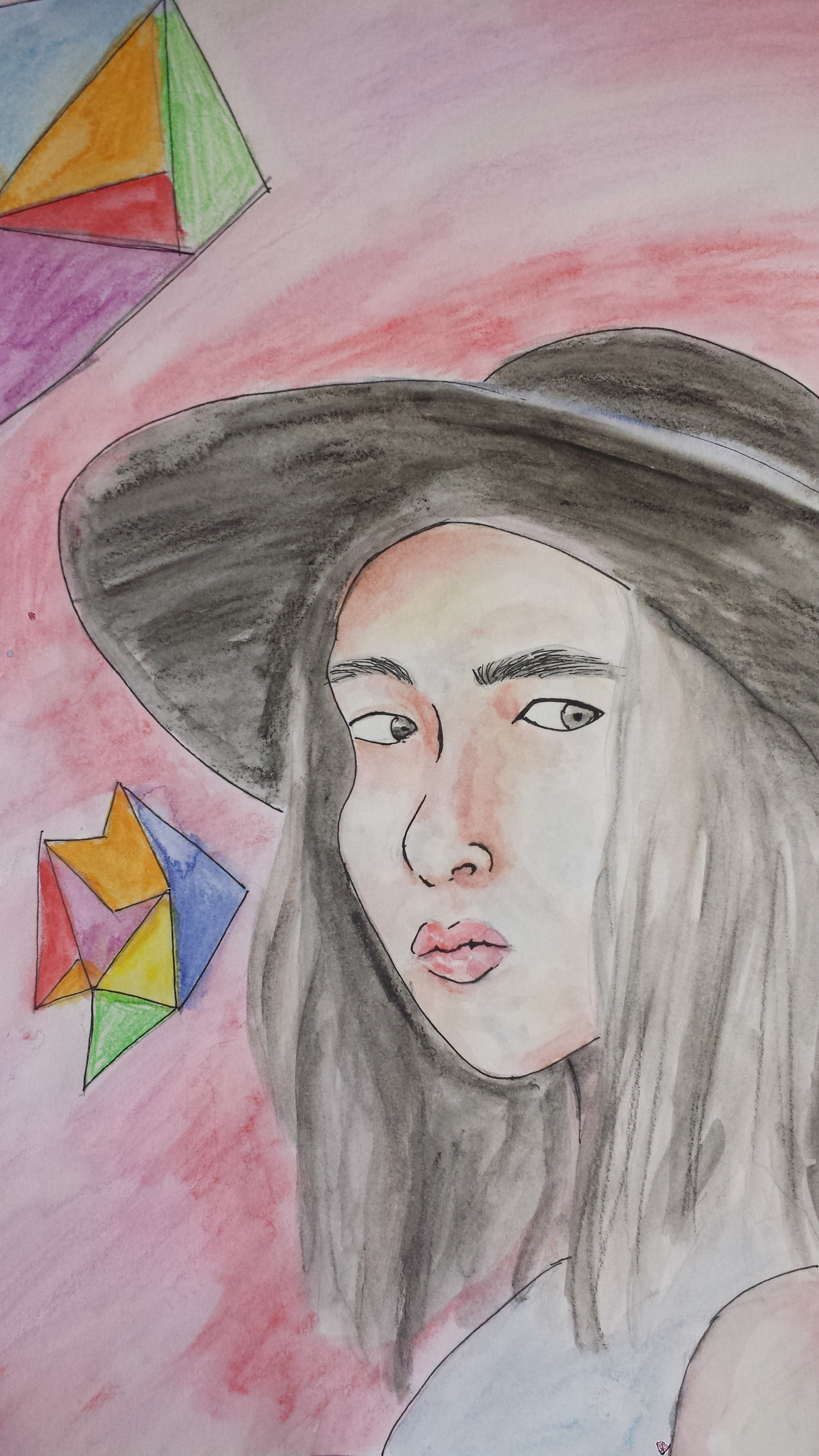 On stage, Lady Sin Trayda is a force to be reckoned with. She sings lullabies to young trans and queer people of colour, comforting them with soft kisses on their bruised hearts. She cuts deep with her sharp tongue, fierce eyes, and curses uttered with enough rage to send her enemies into oblivion. Up close, Kai Cheng relates to you like a sister you never knew you needed. Incredibly funny and occasionally silly, she keeps it real while offering slivers of wisdom that only later register as a gift.

For fans of the long-time performer, poet, and writer, Kai Cheng Thom’s first novel is nothing short of a gift. Recently published by Metonymy Press, Fierce Femmes and Notorious Liars: A Dangerous Trans Girl’s Confabulous Memoir, to quote the prologue, “bursts through doors […] like a glittering wind.” It is a kind of story that we rarely get to read, about trans girls who wield knives and survive out of spite, femmes of colour who tear each other apart and learn to love one another through “hot sex and gang violence and maybe zombies and lots of magic.”

A novel about violence, glamour, and the kind of love that sparks a revolution, Fierce Femmes and Notorious Liars is a testimony to living dangerously and on the margins. The Daily spoke to Kai Cheng about the book.

The McGill Daily (MD): Did you have a vision for this book? If so, has it changed over time?
Kai Cheng Thom (KC): When I started writing this book, I didn’t think anyone was going to see it. My vision was that I wanted to write the kind of novel that I would’ve liked to have been able to read in my teens, or even now, a novel about trans women who are incredibly empowered and dangerous. Danger is an important theme in the book because, of course, trans women live in danger all the time. I wanted to see a rendering of us having reclaimed that power to be dangerous in some way. I also wanted to write about violence of all kinds. What does it mean to be someone who is forced to be violent in order to survive, like most of us are? What does that do to one? Experiencing violence is very traumatic, and we see a lot of literature about this. There’s very little literature about how traumatic it is to be violent. The project of this book remains, even though it started as a personal project, to examine violence for trans women primarily, but also for everyone, and to explore ways to heal both from the violence we experience but also the violence we commit.

MD: What was your process like?
KC: I started writing the book in Halifax at a writer’s residency. I’d just had my book of poetry rejected by a publisher in New York, who was basically like, your book is bad. So I was really sad – my book is really bad and I don’t know what’s going to happen. I started to write a new book, which was this book. I wrote one chapter a day for ten days. All I did was write the book and go for walks by the ocean. I thought I was only writing it to prove to myself that I could write a long-form novel, and also to work out some internal conflicts. But then Metonymy asked if I had any books lying around, and I happened to have this one. So that’s what happened. I finished it by writing chapters late at night and not sleeping.

MC: Does the book combine fiction and memoir?
KC: The question of autobiography versus fiction is one that’s come up a lot in different reviews and interviews. I think it’s hilarious because I’ve never once said that the book is my autobiography. But people assume that it is, which is fine. They’re probably right, in some way. The way I’ve been answering this question so far is that the book is definitely not autobiography. If one reads it, one will see that is definitely true. It’s a surrealist novel, though my life is fairly surreal. I would say that the novel comes mostly out of Audre Lorde’s idea of biomythography, which is this idea that you can start from the factual truth of your own life, but then also mythologize it and use poetic language or magical thinking to capture experiences in reality that are not able to be expressed through cold facts alone. The quote that keeps coming back to me while I was writing the novel was actually from Tennessee Williams’ A Streetcar Named Desire, where the main character is caught having lied about her whole life after seducing all these men and stuff. She’s great. Her lover’s like, you’re a liar and you’re unclean. She goes, I never lied in my heart. The title of the book is Fierce Femmes and Notorious Liars, and it’s about how sometimes we have to lie or use fiction in order to express the truth about our lives. For me, I’m able to use this book to express some stuff that’s happened in my life without having to directly talk about my life.

MD: You’ve worked mainly with poetry in the past. What is it like writing prose?
KC: Oh man, it’s really challenging! The book breaks into poetry here and there, and it also uses the script format. But prose itself is very difficult. There is a woman of colour poet who said, poetry is the form of the marginal because poetry is often short and to the point. Poetry is a wallet while prose is a suitcase. You need to have a lot of time and privilege, honestly, to write long-form prose. You also have to have a lot of stamina and dedication. I think this book is indicative of – what I hope is – my growing ability to write long form, but definitely of my growing privilege as an artist. I started out writing poetry in high school on Xanga and Facebook. I didn’t think I was ever going to be published or a professional, because that’s not the message you get when you’re an Asian growing up in Eastside Vancouver in the 90s. As I became more and more able to get money for my work and get residencies, I then became more able to write, to imagine longer form projects.

MD: Toward the end of the book, it almost seems like we were going to have a fairy-tale ending. This expectation is broken, however. What did you have in mind when you wrote this ending?
KC: I keep on asking people about this ending. I’m going to try to not spoil it too much. I knew for sure when I started writing that it was going to start in a certain place, with this narrator becoming what she calls “the greatest escape artist in the world.” Her life is about getting “unstuck” from the story that she was trapped in. It’s her conflict, and mine, and that of many women, trans and cis – this idea that we are stuck in a story. We’ve been trained to want this fairy-tale ending with all the things that come with it. I wanted to give the narrator this opportunity to have the chance at a perfect fairy-tale ending, not one that’s corrupted, which we see in a lot of feminist literature, like Margaret Atwood or whatever. People writing about princesses who marry princes, and the prince turns out to be abusive, which often is the case. But I wanted to examine a situation where you had everything you wanted from a fairy-tale ending, and it still wasn’t enough for you. It’s not enough because you wanted to create yourself to be someone different. I knew for sure that that’s where the narrator was going to end up because she’s a character that’s perennially unsatisfied. I also think she’s somewhat self-destructive. She’s like, I can’t give myself a happy ending. But then I don’t know if she really would’ve been happy in her happy ending. 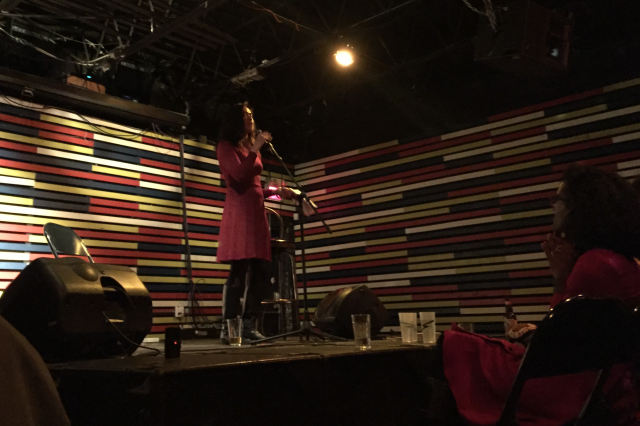 MD: Are you in love right now?
KC: What! Yes, I am in love right now. I’m in love with my wife, Kama La Mackerel, because she’s fucking amazing and changing the world right now. She’s at McGill in an artist residency at the Faculty of Education. I really hope everyone at McGill is appreciating her and loving her the way she deserves. Kama is a glowing force of trans femme goodness, and I’m just really happy to be married to her. I’m in love with all my closest folks, in particular Emily Clare, who is really important and an amazing artist, and we are working on some projects together. I feel love for the queer people of colour community in Montreal, because we’ve been through a lot. Like, so much! We have been through all kinds of hell that are particular to being in that space of white supremacy. I’m in love with trans women, and that’s a complicated love, which is also what the book is about. I feel like I am in love with trans women and I am terrified by them. I want to say that I’m in love with myself, but I think I waver on this one. We all waver on being in love with ourselves.

MD: What other projects do you have lined up?
KC: It’s been difficult being a trans woman, especially being a woman of colour, working in media. It’s really intense with the media being such a white and traditionally masculine institution. I have so much love in my heart for women of colour who are making media and staking it out, especially in leftist media because that can be such a bro-dude space sometimes. We obviously live in a time of great terror right now. The rise of white nationalism on the global sphere is really intense. The struggles around maintaining any kind of human rights for marginalized folks is about to become really difficult. I have a book of poetry coming out early next year, which is really exciting. Emily and I have a children’s book coming out in the fall. All those things aside, what I really hope is to be able to be there for other women of colour, and trans people, because we need each other more than ever. If art, or activism, or being around for two a.m. calls is part of that, then that is what’s right for me.

Fierce Femmes and Notorious Liars: A Dangerous Trans Girl’s Confabulous Memoir can be purchased at the Concordia Community Solidarity Co-op Bookstore, or online at http://metonymypress.com/.

Catch the recorded version of this interview in Unfit to Print through CKUT radio or on The Daily’s website.