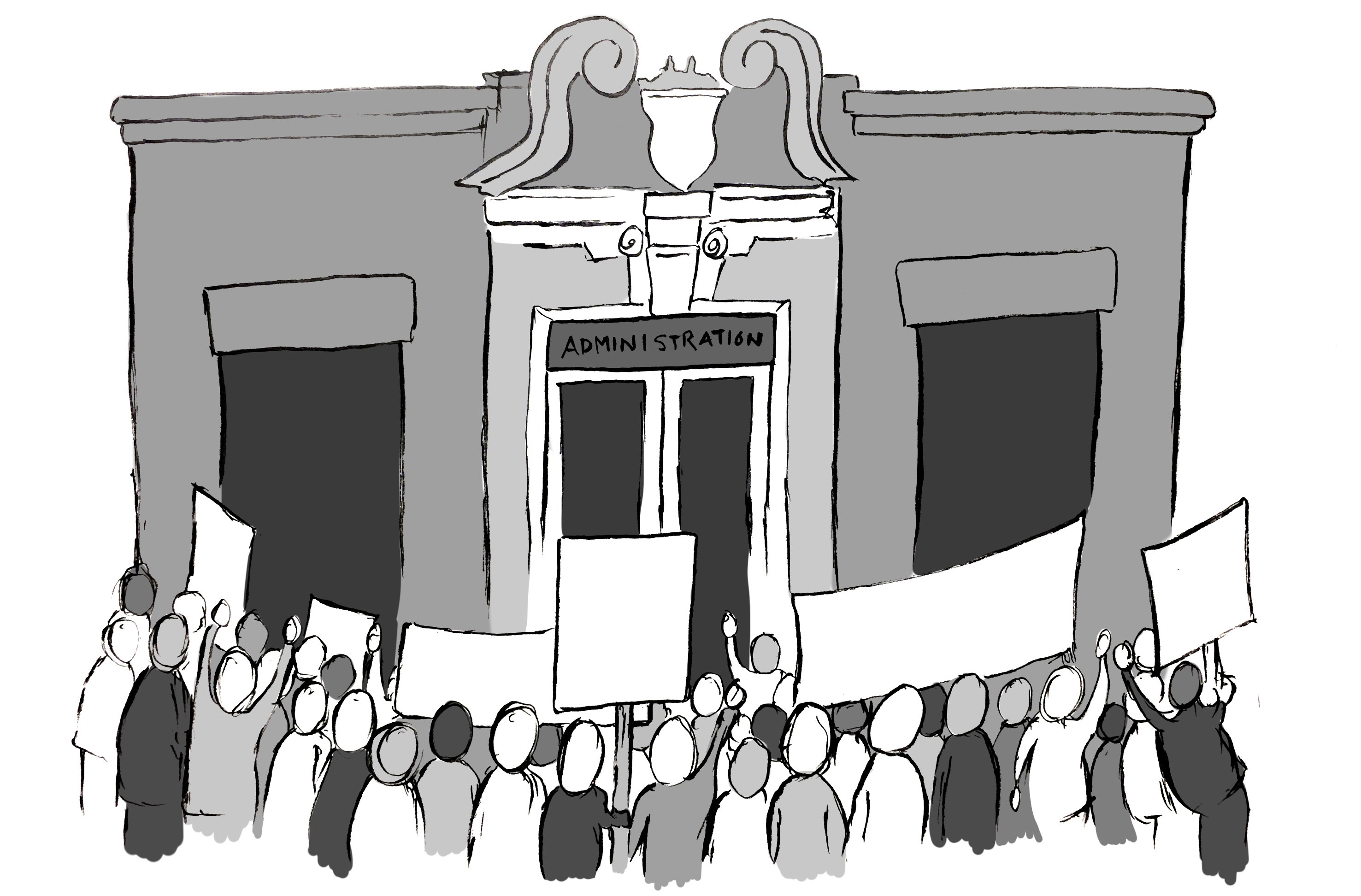 Shortly after beginning her term as McGill’s Principal in September 2013, Suzanne Fortier told The Daily that whatever her biggest project for the University would be, it would “come from the inspiration of its members – from the students, the faculty, the staff members, and alumni.” Fortier has repeatedly emphasized that she would listen to the McGill community and try to be a part of it. However, under Fortier’s leadership, the University has embodied the exact opposite of “community engagement.” The latest example of this was the Board of Governors’s refusal to divest its holdings in fossil fuel companies. In her follow-up email to students, and through her refusal to take Divest McGill’s subsequent demands seriously, Fortier made her position clear: no matter what the McGill community wants, the University will always prioritize short-term financial interests.

Fortier frequently parades McGill’s supposed commitment to diversity and inclusiveness, but ignores and invalidates the diverse concerns of a diverse student body. When Divest McGill organized Fossil Free Week in September and set up camp directly outside the James Administration building, Fortier said she didn’t see it. Furthermore Fortier sent condolences to the student body regarding the November 2015 Paris attacks, but failed to mention similar attacks that had occurred around the same time in Beirut, Baghdad, Yola, and Kano – locations to which McGill students are also connected. Fortier has also failed to meaningfully engage with issues prominently raised by the community in past years such as employment equity, campus Indigenization, opposition to military research, and fighting rape culture and sexual assault on campus. Fortier also chose not to schedule a meeting with campus media this year – something the principal has traditionally done – showing a clear disregard for the dialogue that she says she values.

When students attempt to effect change at McGill, they consistently hit a wall of bureaucracy. When they are loud and active, Fortier’s strategy appears to be to actively delegitimize and dismiss their perspectives. For example, when the Boycott, Divestment and Sanctions (BDS) motion from the SSMU General Assembly failed online ratification, Fortier wasted no time before sending a broadcast email to students, alumni, parents, faculty, and staff, displaying the University’s commitment to ignoring students’ concerns, while painting those students who voted in favour of the motion – as well as faculty and alumni who support those students – as fundamentally opposed to McGill’s “core values of equity and inclusiveness.” When Divest McGill staged a sit-in outside her office, Fortier responded condescendingly to students and continued to dismiss the impact of resource extraction on frontline Indigenous communities. Who cares about equity and inclusiveness for the students at McGill who are excluded and harmed by the University’s investments in corporations that profit from the Israeli occupation of Palestine? About the devastating effects of climate change? Not Fortier, apparently.

Principal Fortier, you keep disappointing us. If you say you are committed to McGill as a community, then you must act in a way that is consistent with what the community says it wants. If you say that you are here to “crystallize these goals and aspirations and visions of the different parts of our community,” we expect you to uphold your promise. If you have no intention of doing so, the least you can do is have the decency to be honest with us. Admit that McGill’s reputation and industry ties will always determine which parts of the McGill community you actually engage with, and stop wasting our time with empty words.