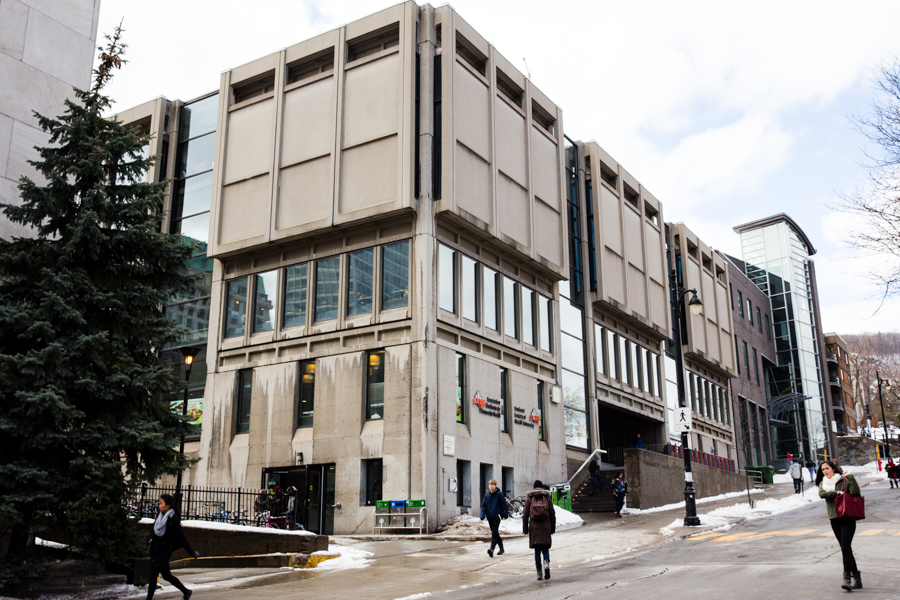 On February 25, the Students’ Society of McGill University (SSMU) Legislative Council met to discuss a number of different motions and notices of motion. However, discussion focused primarily on a proposed amendment to the SSMU Constitution, which would create a steering committee that could prevent motions deemed to be “external and divisive” from being considered at the SSMU General Assembly (GA).

A motion was introduced to ask a referendum question during the Winter 2016 referendum period (March 7 to 18) regarding a series of amendments to the SSMU Constitution, which consisted mostly of typographical and grammatical revisions. These amendments also included updated executive job descriptions and added definitions in order to clarify the limits of the original wording of the constitution. In addition, the proposed changes add a land acknowledgment to the constitution.

After these revisions had been introduced, however, Arts and Sciences Representative Matthew Satterthwaite brought forward an amendment to be included in the proposed changes to the Constitution.

Satterthwaite, who had not been among the original movers of the motion to amend the Constitution, proposed a system whereby a steering committee, an unelected body similar to Council’s steering committee that sets the agenda for Council meetings, would have the power to prevent motions deemed “external and divisive” from being discussed at the GA.

The amendment stipulated that the committee’s decision could be disregarded, should two-thirds of the GA vote to add the motion to the agenda. However, such a motion would then require a two-thirds majority in order to pass, instead of the usual simple majority.

This exact same system already exists within the Internal Regulations of the Presidential Portfolio, but concerns issues that Council may consider.

This amendment follows a week of controversy at McGill, after 58 per cent of students at the Winter 2016 GA voted in favour of a motion to support the Boycott, Divestment and Sanctions (BDS) movement. On February 27, it was announced that the motion had failed the subsequent online ratification process by a margin of 700 votes.

“The motivation behind this stems from all the conflict that we’ve seen since the previous GA,” explained Satterthwaite at Council. “A lot of conflict could have been prevented […] if motions were able to be deemed divisive and removed.”

Satterthwaite’s amendment was met with a great deal of opposition, with several councillors arguing that it would limit free speech on campus, and by extension, students’ rights.

Speaking at Council, Senate Caucus Representative David Benrimoh questioned the context of the proposal, saying, “I don’t think [this motion is] the right place to be bringing something like this, inside a large appendix that has to do with other things.”

“It is absolutely not within the role of an undefined, […] unelected body to decide what can be considered divisive for a direct democratic body [like the GA].”

Benrimoh also argued that McGill students should learn to discuss controversial issues, “because they don’t go away or not exist when you leave […] campus.”

“It is absolutely not within the role of an undefined, […] unelected body to decide what can be considered divisive for a direct democratic body [like the GA],” Boytinck said. “By saying that we don’t want to put [a motion] forward because it’s divisive, we are favouring the status quo.”

Satterthwaite, in response to the criticisms, said, “But I don’t see this amendment as limiting those discussions. I see this as protecting the interests of the Society by stopping discussions that could be detrimental to our prospects. […] There’s no reason we can’t have these [discussions] fostered through SSMU, […] just not at the General Assembly.”

After a lengthy period of discussion, Council decided to separate Satterthwaite’s amendment from the rest of the constitutional amendments. Councillors then voted by secret ballot to approve the asking of this additional referendum question, with 12 in favour, 10 opposed, and 1 abstaining.

“I’m also disappointed in Council’s decision to hold a secret vote on adding this amendment, which means that students can’t even hold their representatives accountable.”

Students will have a chance to vote on Satterthwaite’s additional amendment separately from the main constitutional revisions during the upcoming Winter 2016 referendum period.

Speaking to The Daily, Senate Caucus Representative Erin Sobat also expressed his opposition to the proposal.

“I think that this amendment is incredibly short-sighted in limiting the issues that can be discussed at the General Assembly, and represents a desire to silence minority voices at this university,” said Sobat.

“It was also undemocratic to slip it into a suite of other constitutional changes, which will undoubtedly confuse students and hamper efforts to run a ‘No’ campaign, even though we managed to split it into a two-part question. I’m also disappointed in Council’s decision to hold a secret vote on adding this amendment, which means that students can’t even hold their representatives accountable.”

A motion to reaffirm SSMU’s commitment to the diversity of its membership was struck from the agenda, and tabled until the next Council meeting.

Brought forward by a number of councillors, including Satterthwaite and Clubs and Services Representative François-Paul Truc, the motion mentioned “an unprecedented increase in tension and hostility on campus” following the BDS vote at the recent GA, and called on SSMU to publish a statement to the effect that it “encourages all constructive dialogue surrounding these issues, but condemns all acts of discrimination, all inflammatory comments, and all aggression directed at other students with differing opinions.”

Several other motions were passed without significant discussion, including a motion to ask a referendum question regarding the creation of an opt-outable $0.40 mental health fee, a motion to endorse the Leap Manifesto on sustainability and Indigenous rights, a motion to publish a memorandum clarifying a misquote of SSMU President Kareem Ibrahim in a recent Montreal Gazette article, and a motion regarding SSMU’s commitment to Universal Design for Learning (UDL).