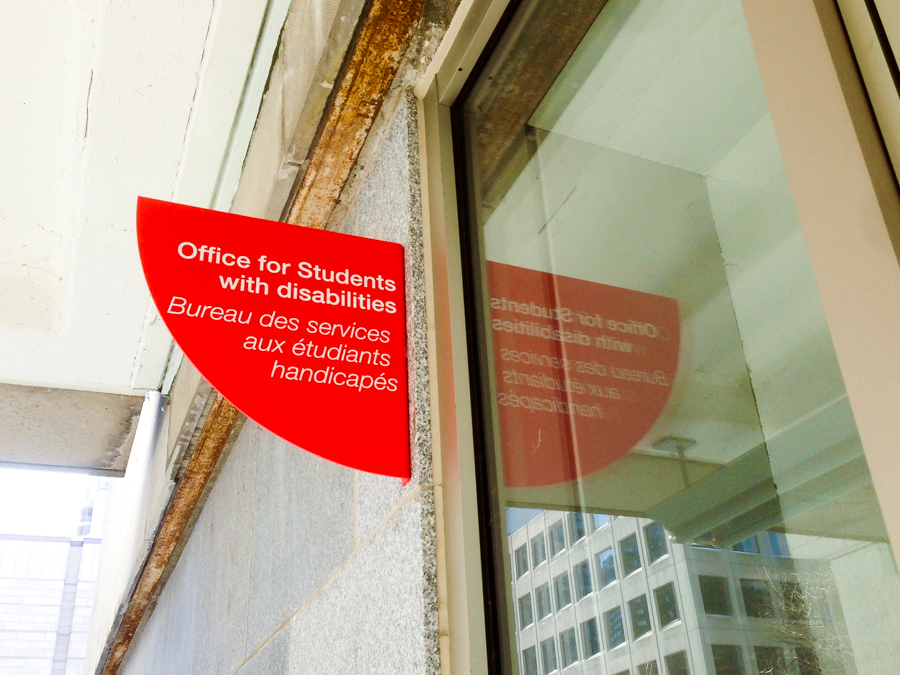 McGill’s internal distribution of government funds allocated to services for students with disabilities remains unclear in the wake of an embezzlement scandal at Université du Québec à Montréal (UQAM).

On January 31, Le Devoir reported that funds from Quebec’s education ministry – the Ministère de l’Enseignement supérieur, de la Recherche et de la Science (MESRS) – allocated to UQAM for services to students with disabilities were instead going to be used in other programs in the face of budget cuts.

The finding came to light on January 30, during a meeting of UQAM’s Comité de la vie étudiante (CVE). On February 3, it was condemned by UQAM’s Commission des études, or academic policy committee, which passed a resolution calling on the administration to “respect the allocation of dedicated budget, as established by the budget rules,” and demanding that the $900,000 allocated to help students with disabilities be used for that purpose.

UQAM’s administration denied the misuse of funds in a statement published February 3. It declared that the claims made against the university were false, and that the grant of $900,000 was “used according to the conditions provided by the Ministry.”

“Effectively, we will be short on our annual budget by 15 per cent starting next May, unless we obtain confirmation of other arrangements in place.”

In the past, disability service providers in Quebec were required to apply for the MESRS subsidy every August, and if approved would receive a direct annual injection of funds. According to Frédéric Fovet, the director of McGill’s Office for Students with Disabilities (OSD), this amounted to around $750,000 for all universities combined.

This model is being phased out by the MESRS this academic year, and is being replaced by a $7.5 million funding budget. For this academic year and the following, the funds will be allocated among universities depending on the number of students using disability services, and a new allocation process will be decided by a joint committee featuring MESRS and university representatives by the 2016-17 academic year.

Fovet said that the funding provided to McGill by the MESRS both this year and next year will be in excess of $1 million.

However, “[the OSD has] not yet heard from the central administration the basis on which these funds will be allocated within McGill and the method for determining which actors will play a part in shaping innovative practices these funds will now allow,” Fovet said.

Additionally, in November, the OSD was explicitly informed by the MESRS that it should now look to the wider allotment managed by McGill for its government funding. “Effectively, we will be short on our annual budget by 15 per cent starting next May, unless we obtain confirmation of other arrangements in place,” said Fovet.

This new system was implemented in an attempt to meet the needs of the growing number of students with disabilities who are now enrolling in higher education. According to a statement made by CVE member Gabriel Boileau to Le Devoir, the number of students in Quebec who require these services has risen by 25 per cent in one year, and by 600 per cent in the past five years.

For four years, the OSD has been seeking additional funding in order to create more accessible support programs for students with disabilities. “Faculty and administrators at McGill have often sighed that limited resources restricted the impact of such an initiative,” said Fovet.

With the new grant, Fovet said that he is hopeful that the projects will now be able to move forward with “renewed vigour.”

When asked by The Daily about the publication date of a report detailing McGill’s use of the new MESRS-allocated funds for disability services, Provost Anthony Masi responded, “We have not received from the Ministry specifications or deadlines related to reporting our expenditures for students with disabilities.”

When asked to clarify when a public report will be available, Masi said that the government had not yet asked for a specific report related to disability service spending, but that McGill “make[s] public all [its] financial statements once a year, after they have been audited, usually in late fall.”

Fovet said that he remains hopeful the sum will bring new opportunities for the OSD. “I am confident this injection of dedicated sums by the provincial government will open the door to a new, proactive, and campus-wide process of management of change, that will seek to rapidly and efficiently widen access for all diverse students,” said Fovet.

“With now-adequate funding, there should be few administrative barriers in achieving these goals.”