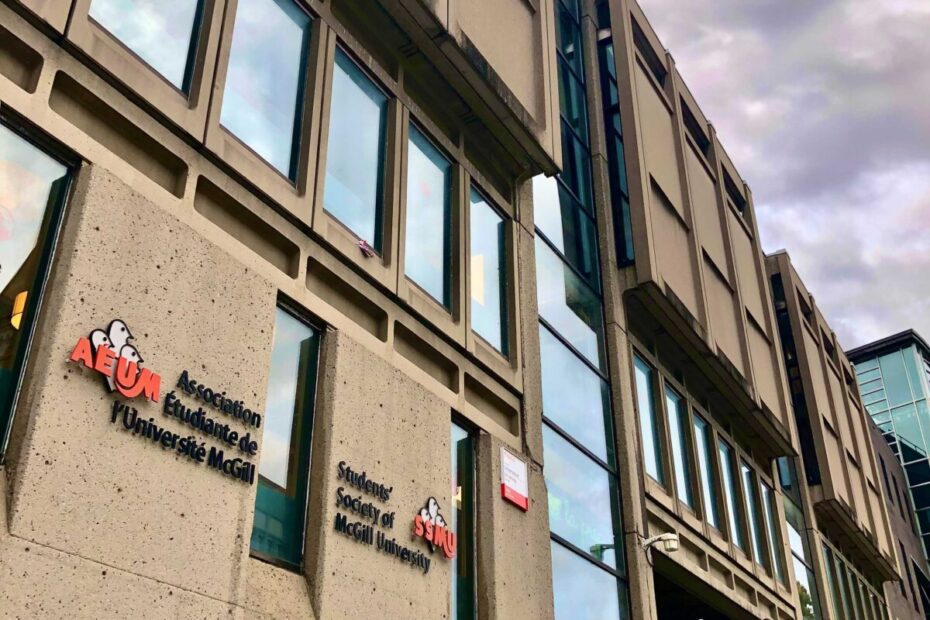 On Monday, January 16 SSMU held its Winter 2023 General Assembly (GA) over zoom, in addition to being live streamed on Youtube. Yet,  the ongoing issue of low engagement and participation in student affairs permeated the meeting. As was the case at the Fall General Assembly – which became the Fall Consultative Forum due to low attendance – the student attendance rate was far from what was necessary in order to reach quorum. Less than 30 students were present, thus failing to meet the 350 members required to meet a quorum.

Members of the GA started by raising the question of how to improve attendance and engagement and asked if there were any kinds of specific plans that were being put forward by SSMU. President  Risann Wright responded that “plans include having a comprehensive communication […] with online and virtual communication as well as posting around campus to promote the GA’s.”

The meeting continued with discussion of the Motion Regarding Uyghur Rights and the Uyghur Genocide Divestment, moved by Samuel Massey and seconded by Leo Larman Brown. This issue was also brought forward when SSMU hosted an event on Uyghur Rights along with the Uyghur Rights Advocacy Project. McGill’s implications in the Uyghur Genocide were discussed by Kyle Matthews and MP Sameer Zuberi, amongst other pannelists. During the GA, the motion was presented by Samuel Macy as a “call for McGill to divest from the companies implicated in the Uyghur Genocide.”  Responding to the recent report written with the Uyghur Rights Advocacy Project concerning “McGill University’s Endowment Fund Complicity in Uyghur Genocide,” the motion moved is an attempt to expand the motion regarding the adoption of the divest for Human Rights Policy, which was voted to be approved back in the 2021 GA. The report states that out of its 1.9 billion dollar endowment fund, McGill invested more than 115 million dollars in 111 companies with potential implications in the Genocide of the Uyghur population in the Xinjiang region in China. In addition, the report categorized the different complicit companies in which McGill invests, from “low complicity companies” to “medium complicity companies” to “High complicity companies.” The latter involves  26 companies, amongst which “15 are partnered with the XPCC (Xinjiang Production and Construction Company), seven are reported to have participated in labour transfers, eight are reported to be involved with surveillance in the Xinjiang Uyghur Autonomous  Region, and six companies appear on U.S. sanctions lists.” The XPCC is under four different sanctions in the US because of its connection to serious human rights abuses, which reportedly include “mass arbitrary detention and severe physical abuse, among other serious abuses targeting Uyghurs” as indicated by the US Department of Treasury in a 2020 statement. It is also the only Chinese company to be sanctioned in Canada, under the Special Economic Measures Act.  This short list includes companies such as Alibaba (in the textile industry), Tencent (in the tech and surveillance industry), and Daqo New Energy.

The members present at the GA expressed unanimous support for the motion. One member highlighted that “as a university and as members of our university we have the responsibility to make sure that the endowment fund goes towards good causes and not towards genocide.” Adding on to that, another member expressed  that “human violations shouldn’t be sponsored by our endowment fund.” A few students expressed their concerns about the effectiveness of this motion and continued to draw attention to the lack of responsiveness from the McGill administration since the beginning of calls for divestment from harmful entities such as fossil fuel companies, or in this case, companies complicit in human rights abuses. One of the members recalled to the assembly that  “we all know that for many years McGill has been ignoring everything that SSMU has been doing to divest from these companies.” To add on to this, a member spoke about the necessary caution SSMU needs to take when implementing this kind of motion since “there is a slim possibility that McGill may have a similar reaction to this as they did to the divest boycott and sanction motion which was successfully passed by referendum which resulted in McGill threatening SSMU’s existence.” In response to the comments made by attendees, Larman Brown underlined that the “difference with [their] movement was that there is broad political support for divestment from investments in [the genocide in] China.” Indeed, the matter has been taken to the Canadian Parliament, and numerous companies related to the Uyghur genocide are on Canada’s sanctions list. He added that “this is the first step in our long process, we [have] research to back us and we are looking to bring this right to the center of the administration.” As indicated in the motion, once adopted, it “would clarify SSMU’s commitments to solidarity with the victims of human rights abuses by establishing a well-defined set of criteria for divestment from entities tied to human rights abuses against Uyghurs.”

After the statements, the motion was voted unanimously with 28 in favour. However, 28 is far from the 350 needed to reach quorum and therefore the meeting was established as a consultative forum. Subequently, on Thursday, January 19, the motion regarding Uyghur Rights and Uyghur genocide divestment was presented to the Legislative Council, and was passed with 17 votes in favour, one vote against and no abstentions. Some concerns were raised during the session about postponing the motion in order to wait and have the approval of the student body. Thus, the motion will be presented to the next Administrative Council. While it was not passed through direct democracy, it will retain the same legislative power as if it had been passed during the GA.

When the Daily asked Larman Brown about the next steps of this new initiative that is part of the “clean universities campaign,” started in collaboration with URAP, he mentioned the continuation of research especially concerning the “division of investments between mutual funds and direct investments,” and emphasized  the “need to raise more awareness.” Most importantly, he highlighted the fact that the movement “doesn’t want to alienate [themselves] from the McGill administration” and that it is most important to establish a “dialogue with the McGill administration.”

Monday’s GA continued with the Report of the Board of Directors presented by President Wright,  followed by the Reports of the executives. Wright highlighted the work on the Equity Diversity and Inclusion working group policy audit, a new Sustainable Development Goals policy draft which is scheduled to be released soon. They have also been working on different advocacy and representation campaigns including an initiative around housing and accommodations. In addition, the SSMU External Affairs is developing a permanent grocery program to aid students.

Overall, student engagement during GA’s gives students the opportunity to bring forward motions and amendments that they feel are important. Furthermore, when successfully ratified, a motion can have greater symbolic significance because it is the result of direct democracy and therefore could be more convincing to the administration — specially for motions such as the one presented on Monday. As one student mentioned during the GA, “it is our duty as a Canadian and International university to pass this motion.”