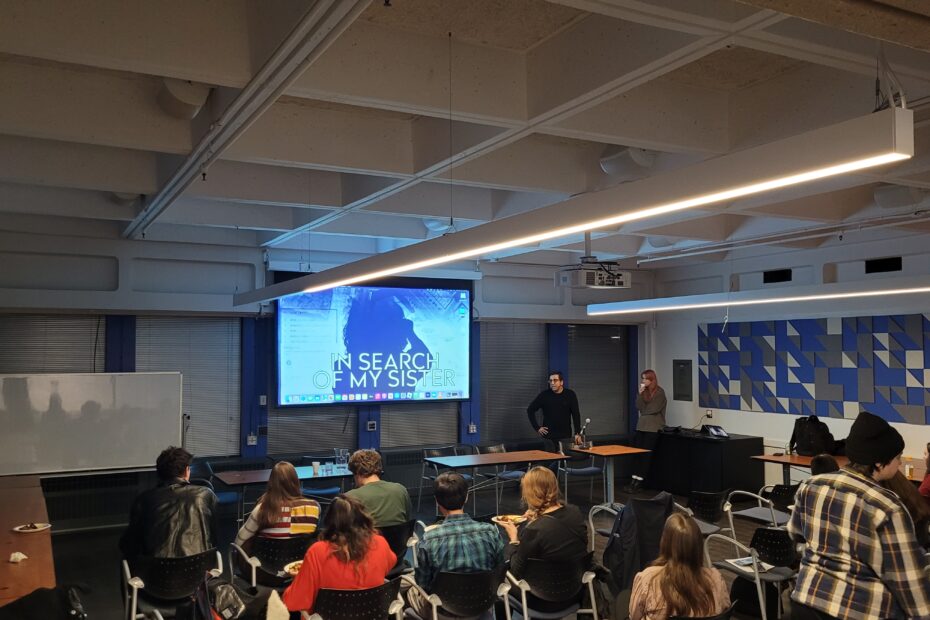 On October 18, SSMU hosted an event with the Uyghur Rights Advocacy Project (URAP) in solidarity with Uyghur rights activists and to raise awareness about an investigation led by McGill students about tainted investments from the McGill Endowment Fund.

According to the United Nations (UN), since 2017, the Chinese government (CPP) has held over one million Uyghurs in concentration camps in the Xinjiang region, also known as East Turkestan. Many individuals detained in these camps were never charged with crimes and were denied a legal defense. It seems that their only crime is their ethnicity and their religion. Months after her visit to China earlier this year, Michelle Bachelet released a report 11 minutes prior to the end of her term as UN Human Rights Commissioner describing the extent of human rights violations occurring in Xinjiang, stipulating that they might amount to crimes against humanity. The report is partly based on the testimonies of 26 former captives, who have reported having been subject to “patterns of torture or other forms of cruel, inhuman or degrading treatment […] including rape.” Beyond the barbed wire gates, the 11 million Uyghurs living in the region are under constant harassment and continuous surveillance. Bachelet’s report details how at the camps children are separated from their parents and brought to reeducation schools, and captives are subject to forced labor, forced sterilization, and banned from practicing their religion,among other human rights violations. In the past years, reports have been issued, incriminating documents have been leaked, and stories have been told, yet action from the international community has been minimal. In addition, the CCP denies any of the allegations of human rights violation; for example the government  responded to the OHCRH report with a 121 counter report saying that the terrorist threat required/forced the creation of “de-radicalisation” and “vocational education and training centres.”

Among the panelists invited, Kyle Matthews, director of the Montreal Institute for Genocide and Human Rights Studies, talked about how these atrocities were characteristic of genocide according to international law. He said “there is a common myth that genocide only entails mass killings […] just the planning of it, is an act of genocide. We have seen [in Xinjiang] the separation of children from their families, the destruction of cultural heritage sites, and attacks on places of worship precursors of genocide attempts to destroy their identities. That is what genocide is.”

Much of the world has condemned China for its violations, yet countries still haven’t recognized the genocide. In 2021, the US was the first to do so. Since then, the European Parliament has recognized ongoing human rights abuses in East Turkistan citing “crimes against humanity and serious risks of genocide,” becoming the largest legislative body to do so. This has been followed by many parliaments in the world doing the same.  The Canadian Parliament passed in a non-binding motion in February 2021 stating that the treatment of the Uyghurs constitutes genocide. Nonetheless, the Canadian government, like many others, still hasn’t officially recognized it. MP Sameer Zuberi spoke about this issue in conversation with the Daily: “the recognition of a genocide triggers requirements on the part of the signatories of the Geneva convention to respond in very dramatic ways […] and it necessitates complete proof of the crime. Although there is a body of evidence […] journalists and researchers cannot access the region […] I would guess that the government wants to have a larger body of evidence inorder officially recognize the genocide.”

On October 26, Motion M-62 initiated by MP Zuberi will be discussed in parliament. “This motion calls on the Canadian Government to create a specific stream of immigration [to Canada] of 10,000 Uyghurs in  third [party] countries such as Turkey, Pakistan or Saudi Arabia where they risk being deported back to China and placed in concentration camps,” he says.

Another obstacle to concrete action and recognition of the genocide is the complex and intertwined presence of the Chinese government in many layers of Canadian society, as discussed by Doctor Susan Palmer during the panel discussion “China is everywhere.” She explains that China is present in our economy but also in our investments and in objects we use on a daily basis. For example, approximately 25 per cent of the world’s cotton is being produced in China, and 85% is cultivated in Xinjiang and most probably comes from forced labor. In the first part of the event, URAP organized mass mailings to MPs in order to support not only motion M-62 but also Bill S-204, introduced by Senator Leo Housakos, which would amend the Customs Tariff to prohibit the importation of any and all goods produced in the Uyghur region.

In March 2022, an article from the McGill Tribune detailed that $15 million of the McGill endowment fund was being invested in Chinese government bonds, organizations contributing to mass surveillance, and businesses exploiting Uyghur people. In an interview with the Daily, Leo Larman Brown, co-author of the article, explains that “after the article came out we didn’t get a lot of attention, it’s disappointing but not surprising.” They were then contacted by URAP to create a project called “Clean Universities Campaign,” which intends to expand the research done by Brown and co-author Massey to all universities in Canada and eventually the US. Brown added that they now work with a research analyst, and “by looking into McGill’s $1.8 billion endowment fund, he found that $65 million are invested in complicit companies and  $148 million are invested in Chinese companies.” Furthermore, Brown highlighted that they “are trying to show that this is student dollars that are going into the endowment fund, if students knew that their money was funding a genocide, I think they would have something to say. This is about transparency for the university.” On the matter of student activism MP Zuberi added that “student action is crucial in this kind of battle. […] You have the power to put pressure on your administration, by raising awareness and organizing.”

After the panel, traditional Uyghur food was offered to the attendees, including Polo, which is rice with carrots and meat, and Laghman noodles from the restaurant Urumqi Ozgu Uyghur Cuisine. Other Uyghur restaurants in Montreal include Le Taklamakan and Dolan Uyghur.

The event concluded with the screening of the documentary In Search of my Sister by Jawad Mir. It follows the story of Rushan Abbas, an Uyghur activist, in her journey to open the eyes of  people to the horrors of what is happening in East Turkmenistan while trying to find clues about the disappearance of her sister. Abbas then joined the event on Zoom to talk more about her experience and her mission. She emphasized the importance of speaking out but also the risk that comes along. “They took my sister because I spoke out,” she says. When asked if she has advice for people that are afraid to speak out, she said “ the power of love is what drives me, love for my sister, for my people, for my homeland, and love for freedom and democracy, that is what’s at stake. Today, the conscience of the world is being tested. […] The Chinese government depends on people remaining silent. […] Anyone who cares for humanity should speak up. Educate yourself and the people around you.”