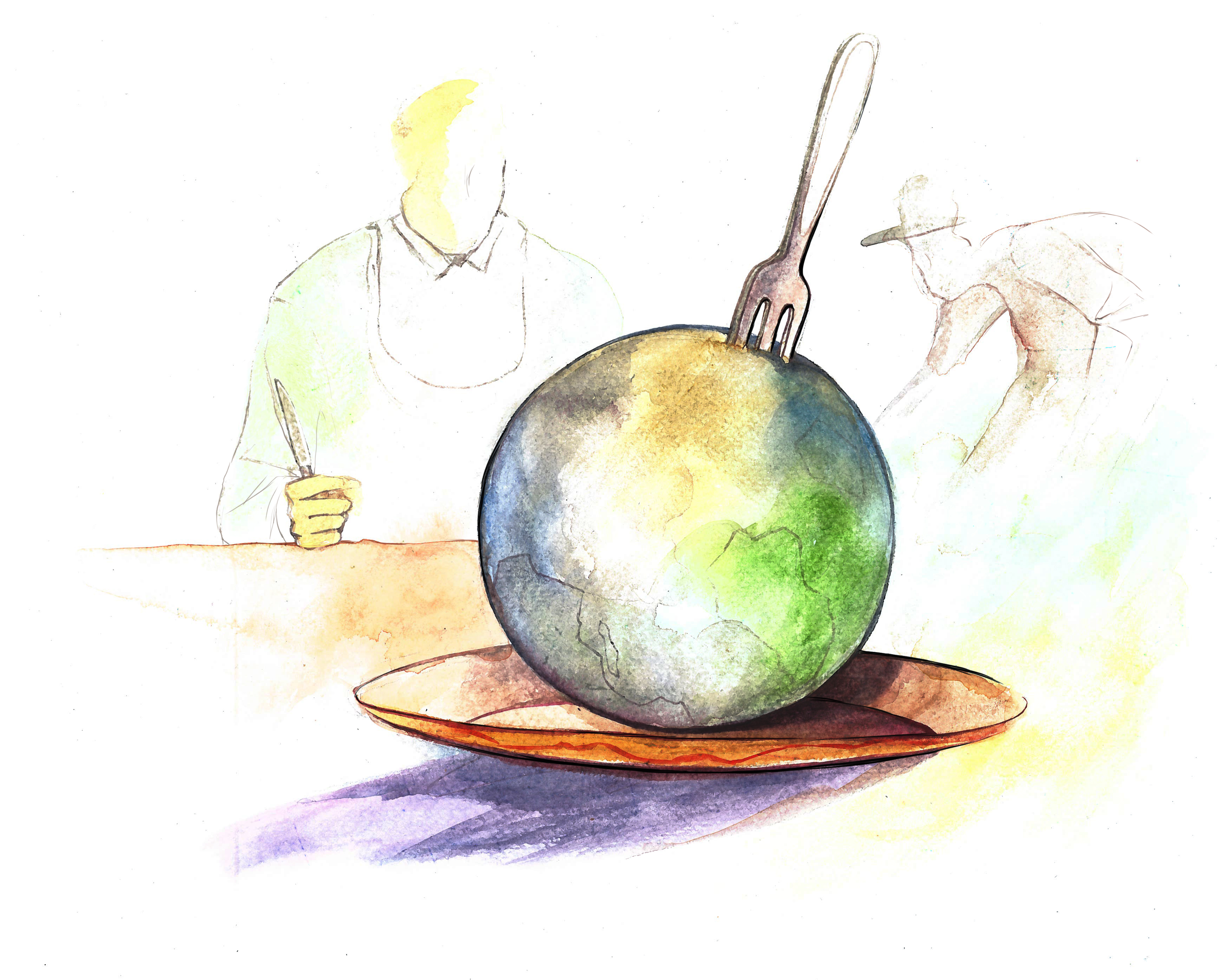 Whether it’s rising costs of groceries, a packed schedule, or simply a lack of knowledge about cooking, eating well as a student can be fraught with challenges. Many students find the food options on campus to be unaffordable, and there’s a high demand for free lunch services such as Midnight Kitchen. This issue hasn’t escaped the notice of SSMU, whose External Affairs Commissioners will work on compiling a list of food sovereignty initiatives in the upcoming semester. After noticing the lack of affordable food options around campus, Geography student Maude Laroche started a business to provide an alternate way for students get groceries. On January 2, Laroche launched The Little Student Supermarket, or Le Petit Marché Étudiant, aiming to provide students with healthy, affordable meals.

At Le Petit Marché Étudiant, students can purchase a “grocery box” of non-perishable ingredients starting at $100 with an estimated 22-40 portions of food when cooked. This includes eight portions of oatmeal for breakfast, a pasta and sauce option that provides about six meals, and two meals ranging between four and thirteen portions each from Tout en Pot, a local business selling ready-to-cook meals in a jar. This means that in theory, each individual meal should amount to $5 or less. Laroche told the Daily that there will also be an option to add extras, such as coffee or snacks, in the future.

“Basically, we realized that there was really a lack of options for food on campus,” said Laroche. This inspired her to think about how to make food “more sustainable, more accessible, more nutritious, [and] more local.” As a result, she created her first business, Les Fermes Du Marché, a platform that aims to reduce the cost of transporting fresh produce between farmers and customers. However, she wanted to create a service that was tailored to students after realizing the challenges of grocery shopping and eating as a student.

“Most [students] don’t know how to do groceries, that’s the truth,” she told the Daily. “After that, most of them don’t want to cook, they want something cheap, but again, they want to eat good.”

The meals in the grocery box are intended to be both nutritious and easy to prepare, so that students can make healthy meals with little effort. All the ingredients are either sourced locally or imported from within Quebec. Drawing from her own experiences and those of other students she talked to, Laroche realized that grocery shopping can get expensive very quickly.

“I was living with my boyfriend, and our parents fed us a lot of food because we don’t live that far from Montreal. But just having bread and basic stuff per week was easily $50-60 at IGA,” said Laroche. She added that groceries especially start to add up when people try to eat a variety of food.

“Something we try to do as much as possible is really to offer something that’s healthy to people but cheap,” she continued.

The team at Le Petit Marché Étudiant strives to make their business as sustainable as possible. Laroche, who is doing an Honours thesis on corporate sustainability and the Sustainable Development Goals, is very interested in the possibility for businesses to create change in that regard. All materials in the box are recyclable and they do carbon compensation by planting a tree for every order, although Laroche admits that this is “not optimal.” However, she argues that there is an inevitable carbon cost that comes with producing food that can’t be avoided as everyone needs to eat. In the future, she hopes to create a program to redistribute food to low-income families that goes unsold. This would further advance the project’s goal of “helping people in insecure food environments become food secure.”

Furthermore, she said that there’s a huge sense of community within Les Fermes Du Marché and Le Petit Marché Étudiant, and that they’re open to working with anyone who approaches them. She hopes to further foster community by offering discounts to students as well as to people working in non-profit organizations and social businesses. They also already partner with universities to offer educational opportunities through internships with the company.

Le Petit Marché Étudiant is connected to Laroche’s other business, Les Fermes Du Marché, both reflecting her desire to show “the true face of farming.” Coming from a family background in farming, she believes that it is often misunderstood despite playing an essential role in society.

“The truth is that if you’re not organic certified or something like that, it’s not because you hate the environment,” she explained. “It’s because you need to feed your family first and you may not have the money to do these things.”

Laroche advises anybody interested in Le Petit Marché Étudiant’s services to find them on their Instagram page @lepetitmarcheetudiants or check out their website lepetitmarcheetudiant.com. They will also have a table at Activities Night on January 12 offering student discounts to those who stop by.