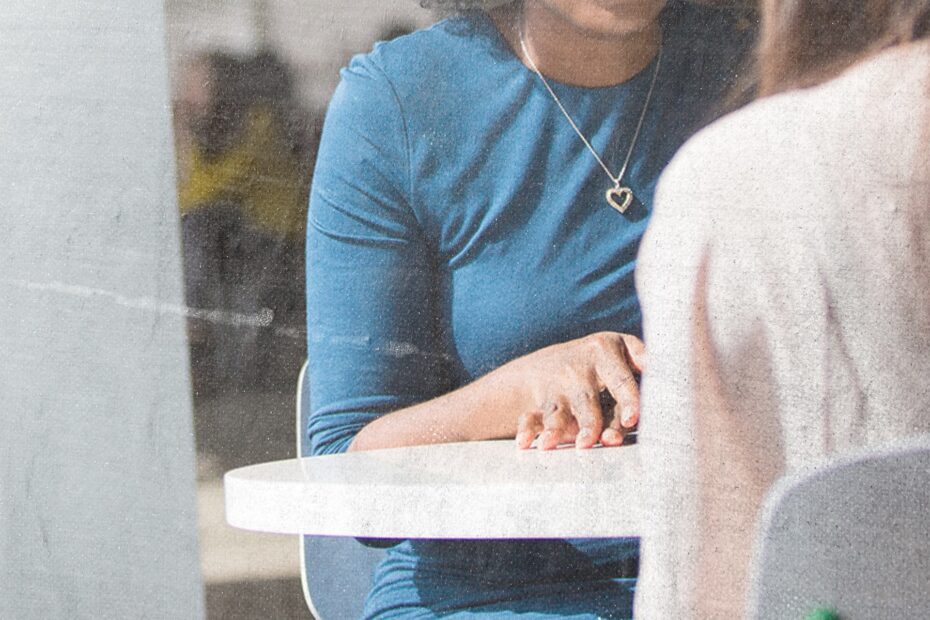 The shortage of mental health services is an international health crisis that has been exacerbated by the COVID-19 pandemic during its ensuing years of social distancing and self-isolation. The increasing rate of diagnosed mental illness worldwide has uncovered the health service potholes which were swept over by decades of stigma towards mental health. Students of all ages have felt this impact of insufficient mental health services. With the best universities in North America having received criticism for their lack of commitment to their constituents’ mental health, McGill University’s lack of student resources does not seem like an anomaly. A closer look at McGill’s grading policies and mental health resources reveal an alarming institutional disinterest in student health and well-being. McGill not only lacks sufficient mental wellness services but also facilitates declines in student health through its own exceedingly high standards for success. To this end, the university’s eagerness to champion itself as a cultivator of great minds and scholarly accolades is unnerving.

In over 200 years of operation, McGill has received no shortage of global praise. In the 2023 edition of the Times Higher Education University Rankings, McGill was ranked as the 46th best university in the world, marking the university’s 13th consecutive year inside the top 50. Similarly, McGill was recognized as Canada’s top medical doctoral university by Maclean’s Magazine for the 18th consecutive year in 2022. McGill’s undergraduate programs have also gained worldwide recognition in the past few years, with the Department of Linguistics earning the rank of the world’s 17th best linguistics program in the 2019 edition of the Quacquarelli Symonds rankings. McGill also boasts a national record for graduates who have earned a Rhodes scholarship, with 147 recipients since inception. For the past few years, when a McGill student receives this highly selective award, the McGill Reporter – the university-run paper – honours its bright young scholars with an article recognizing each of the university’s ever-increasing total of recipients. However, these articles do not seem to represent Rhodes scholars as three-dimensional people. Instead, McGill displays a Rhodes scholar’s successes in terms of what it means for the university’s scholarly reputation. These articles have also instrumentalized a scholar’s identity in an effort to paint the selection process as inclusive and diverse: “This year’s class of Scholars is among the most diverse and most representative cohorts that we have ever selected,” says Richard Pan, the Canadian Secretary of the Rhodes Trust and the Chair for the Rhodes Scholarships in Canada. Although it is expected for these articles to detail the preliminary achievements of successful Rhodes scholars, this example serves to demonstrate the extent to which McGill prioritizes its academic prestige over presenting their students as anything other than indicators of a good education.

There’s no doubt that McGill is designed to push its students academically. According to the McGill enrollment services website, McGill admitted 39 per cent of undergraduate students who applied for fall admission in 2022. By accepting less than half of its applicants, McGill’s selective and competitive academic environment begins at its admissions process. Often nicknamed the “Harvard of Canada”, the university boasts the one of the highest minimum admission requirements (92 per cent) and many individuals, including successful McGill graduates, attest to the university’s academically rigorous courses. Although McGill retains its status as an academically demanding university, the legitimacy of this title is sometimes contested by examining a recent rise in grade inflation, which is defined as a general rise in average grades earned by students within a faculty or a university at large. Though the crowdsourced average undergraduate GPA at McGill rose from 3.29 in 2016 to 3.63 in fall 2021, this does not mean that the university’s level of rigour has decreased, Not all faculties commit to the standard grading scale at McGill. The Department of Engineering, for example, adopts a grading scale where a mark of A and A- denote a “very good” performance, with a D denoting a “conditional pass”. Similarly, the Desautels Faculty of Management looks to actively encourage competition by mandating class averages below 77.5 per cent (3.3 GPA). All of this has given McGill a reputation for overworking students in the past.

In response to the prevalence of burnout and chronic stress on campus, McGill has published many halfhearted web pages to the university’s site which rely on superficial methods to treat serious mental health problems. What is perhaps most unhelpful about these web pages is that they further the McGill administration’s tendency to respond to students’ growing mental health concerns with half-baked self-help material. With titles such as “A University’s Student Guide to Managing Stress During Difficult Times,” these resources simply encourage students to “have a look at” an infographic containing advice on how to manage stress rather than offer concrete solutions of how to improve mental wellbeing. For example, instead of offering advice on how to achieve work-life balance while taking graduate courses, the editor of the work-life balance page on the McGill website simply informs students that “work is a part of life but should not overwhelm other parts.”

So, McGill’s online reading materials and resources for the average stressed-out student are lacking. What about their bonafide health services? The McGill Wellness Hub is McGill’s principal health service for students. Through the Wellness Hub, students can request an appointment with a counsellor or a psychiatrist; appointments can be held in-person again after a long lasting remote platform during the worst of the COVID-19 pandemic. While the combination of telehealth and in-person services guarantee most students access to healthcare, it is important to note that McGill Wellness Hub services extend only to those within the province of Quebec. This policy makes large subgroups of McGill students susceptible to a lack of health care, including Canadian citizens from outside Quebec, international students, and students participating in study abroad programs. This fact demonstrates the progress that must be made concerning general accessibility to the McGill Wellness Hub in addition to concerns regarding readily available health services.

When asked their thoughts on McGill’s existing health services, students have mixed reviews. To gain insight into student experiences with these services, The Daily spoke with a McGill student that received services from the McGill Wellness Hub, who will be called Jo*. In regards to appointment accessibility, Jo shared that because they looked up mental health resources at the beginning of their degree, they were able to “start off at the wellness hub in the first month of their first semester at McGill.” After navigating through the clerical steps of setting up an appointment, Jo finds counselling through the Wellness Hub very helpful. The difficulty, however, lies in accessing mental health resources during stressful times of the year, including during midterms and final exams. “You have to do your own research and be proactive,” Jo explained. If you wait to request services until the end of the semester, you might wait for an appointment “for weeks on end.” From these statements, it is clear that the Wellness Hub personnel are capable of providing worthwhile care, but long waiting times means that McGill’s unresolved challenge continues to be its inability to make its services readily accessible to its nearly 40,000 students. Another McGill student, who will be called Avery*, shares this sentiment. When asked how easy it was to schedule an appointment with the McGill Wellness Hub, Avery said it “wasn’t easy at all.” They had to “call [the Wellness hub] multiple times for an appointment in the middle of April and [they were] calling at the start of February.” Again, the problem with McGill Wellness Hub services largely revolves around appointment availability, not the services themselves.

The inaccessibility of student health services can likely be attributed to a province-wide healthcare shortage. To counterbalance the lack of professional staff, the Wellness Hub hires McGill graduate students studying counselling psychology, clinical psychology, creative therapies, social work or similar fields. Jo commented that for one semester, instead of meeting with their former counsellor, they were assigned a graduate student counsellor. They shared that it is common for students to be assigned different counselors instead of recurring meetings with one provider. While hiring graduate students addresses the problem of appointment availability, some students may find their academic proximity to undergraduate students concerning in terms of confidentiality and professional experience. Further, abrupt or constant changes in counsellors may cause students to feel that the emotional burden is heavier to receive therapy rather than to go without it. Whether graduate students or an experienced medical professional, McGill should focus on providing students with consistent care and staff to meet their needs. This necessitates hiring more staff.

Though most have overall positive experiences with one-on-one counselling and therapy through the McGill Wellness Hub, they are not the only mental health services available. A quick visit to the psychiatrist subsection on the Wellness Hub site encourages students to sign up for workshops. The counsellor page states that group therapy might be part of a student’s “personalized goal-oriented wellness plan.” While this could be a step in the right direction, this still begs the question: if one-on-one therapy sessions take weeks to schedule, are group therapy sessions an adequate substitute? According to Jo, the answer is no. Based on their limited interaction with group therapy sessions, they observed that the resounding opinion of students was that the group session was a “waste of time.” They described the skills and techniques taught at the workshop as “baseline and shallow.” Indeed, instead of building camaraderie between students facing mental health difficulties, the group sessions only emphasized the need for individual treatment. If dissatisfaction with the most available mental health services on campus is widespread, McGill may benefit from reallocating funds across its mental health resources and initiatives. Instead of rethinking or expanding the Student Wellness Centre, McGill administration seems content to rely on the supplemental work of the Peer Support Centre or the Student Accessibility and Achievement service. Though these services are valuable in their own right, they are not a substitute for health services provided by medical professionals. For an institution that, like any other, benefits from the success of its constituents, McGill University seems unwilling to modify their services to meet the needs of their students.

McGill depends on the success of its faculty and students to survive as an institution, so it is no surprise that they relish in our success. However, universities also have a responsibility to provide care for its students if it intends to market their academic excellency. So how can McGill show up for its students while reaping the benefits of our accolades? Jo says that the McGill administration needs to “think more from the perspective of the students.” Many of McGill’s shortcomings relate to not viewing the student as a multidimensional person. Though McGill’s web pages call work only a part of life, administration seems to base our entire worth around our studenthood and potential for future accolades. To improve mental health resources at McGill, conversations need to happen, person-to-person, about how students view mental health services provided by the Wellness Centre.
Though McGill gains its prestige through the hard work of its student body, the Wellness Hub and other mental health resources fail to provide McGill’s large student body with adequate care. Some might argue that a university has no obligation to ensure its constituents have access to mental-emotional care. No part can function without its whole, however, and emotional strife bleeds into academic performance and productivity. It is in a university’s best interest to provide its students and employees with comprehensive mental health care. Creating a comprehensive education and university experience involves collaboration between all involved.