Grade Inflation at McGill is not a Myth 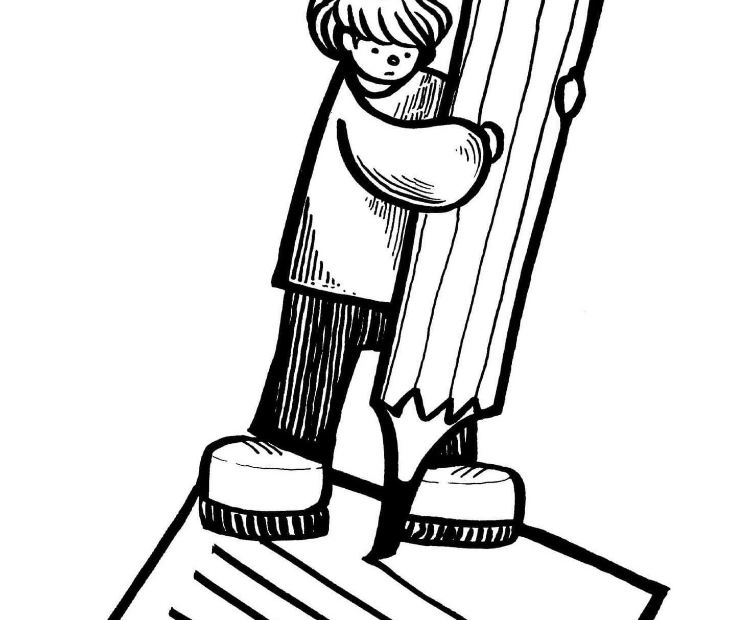 Rising average grades, a phenomenon commonly referred to as grade inflation, has been a prominent subject of discussion across North American universities since the early 1960s. The McGill Enhanced Crowdsourced Averages data, an unofficial collection of class averages across all McGill faculties since 2013, confirms that grade averages have been climbing steadily (as observed Figure 1).

The original grading system in Canada – modelled after the British system – was structured where no more than five per cent of students were awarded A’s, and another 30 per cent given B’s. However, Canadian universities have steadily been seeing an increase in these letter grades. In the 2019-2020 school year at Western University, a significant increase in the percentage of students receiving A’s and B’s than in previous years was found. Other universities experiencing grade inflation include the University of Toronto and the University of Waterloo.

Grades distributed during the pre-pandemic terms of Fall 2018 and Fall 2020 averaged to a 3.41 on McGill’s GPA scale, according to the crowdsourced data. In the following time between the Fall 2021 and Summer 2022 terms, the distribution average rose to 3.64. It is unclear whether this rise in grade averages was caused by pandemic-related factors, or a continuation of the grade inflation trend.

In December 2020, McGill Senate approved an additional S/U (satisfactory/unsatisfactory) option for the Fall 2020 and Winter 2021 terms to accommodate students during the COVID-19 pandemic. The option allowed for students to choose up to six credits (over the fall and winter terms) to be graded as S/U, if in accordance with faculty policies. As for the school year class averages, the University notes that “class averages showing on transcripts for Fall 2020 and Winter 2021 may not be reflective of true class averages in those terms.” The crowdsourced averages do not include S/U grades, but if students during this time opted to forego a letter grade, there would be less grade letter averages to look at from those classes.

McGill’s grade distribution can differ depending on the faculty. In the Faculty of Engineering, letter grades do not automatically correspond with McGill’s undergraduate numerical grading scale, and are instead up to the professor’s discretion.

The Desautels School of Management has made an attempt to combat grade inflation through its bell curve grading policy. Additionally, the faculty only permits a change in the distributed grading scheme if there is “unanimous consent of all students registered in the course,” decreasing the likelihood of an adjustment. However, the faculty saw a change in this policy in 2019 that increased the required class average grade of between 65 and 74.9 per cent to 65 and 77.5 per cent.

Next year, there will be new changes made to the Desautels grading policy in accordance to the newly instated Policy on the Assessment of Student Learning (PASL), according to Vice Dean and professor of Desautels Genevieve Bassellier. Students in the past have complained about the fairness of the current grading curve at Desautels, while some have argued its importance in stabilizing averages. When asked about the goal of changing the grading policy, Professor Bassellier says, “providing a new policy is a step toward encouraging instructors and the Desautels community to reinforce principles and objectives that promote learning and pedagogical excellence in the classroom.”

When asked if these possible changes to Desautels’s grading policy would have an effect on the level of course difficulty, Desautels Assistant Professor Sentao Miao says that “personally I will be consistent with previous years. I think the current range of GPA is reasonable, and I do like to maintain the difficulty within this range. Of course if the students are particularly good, I see no problem giving them a higher overall GPA.”

A particular problem associated with grade inflation is the subjectivity of grading. According to the Charter of Students’ Rights, Articles 12-14,  “the evaluation of a student’s performance in a course shall be fair and reasonable, and shall reflect the content of the course.” However, this can be difficult when assignments are subjective. According to Professor Miao, “for more subjective grading such as course projects, I will try to maintain a similar standard as previous years. As a result, the GPA should objectively reflect the performance of students in my class.”

When asked their opinion on the grading system at Desautels and the school-wide grade inflation, Professor Miao says, “personally I’m against both GPA inflation and GPA range requirement. In the ideal situation, all students should be graded fairly and consistently, without any restrictions and concerns. That said, I do notice GPA inflation happens everywhere in North America. The only benefit of raising class average I could imagine is that McGill students (in the short run) won’t have the low GPA disadvantage when they apply to graduate schools or jobs. However, in the long run GPA inflation does hurt the reputation of McGill so I’m still not a fan of it.”

The possibility of removing barriers against grade inflation creates a unique discussion to what effects it will have on both students and universities. One concern relating to grade inflation is the “dilution of attaining a degree”, meaning that the value of achieving a degree decreases as it becomes easier to accomplish. However, labeling degrees as easy to attain can be harmful to the achievements of first-generation and marginalised students.

Another concern about inflated grades is that it will decrease students’ motivation to work hard in school. Though it is difficult to prove that A’s are distributed for the same work that in the past would have received a lower grade. Another view is that attaining higher grades could also be seen as boosting confidence in new fields. For example,​ female students are more likely than male students to switch their fields of study if they earn low grades in introductory courses, but with higher grades, there could be a higher retention rate in male-dominated fields such as science and engineering.

GPA information is likely to be used during a hiring process when candidate pools are large. More than half of employers eliminate applicants from the hiring process if their GPA falls below a 3.0. However, there are issues with GPA when it comes to equity in hiring; higher GPA cut scores correlate with a greater risk of a negative impact on employment equity groups. Additionally, GPA’s do not reveal the rigour of the grading system of the university the degree was received from. This can eliminate candidates qualified for the job but under qualified based on their GPA.

No McGill faculties – with the exception of Desautels – have introduced measures to protect against grade inflation. Since it is unclear the exact root causes of rising grades, it may be difficult for the University to combat or stabilize grade inflation. However, if there is no change in the upward trend of class averages, the topic of grade inflation will be an ongoing debate in the McGill community.