In Black and White 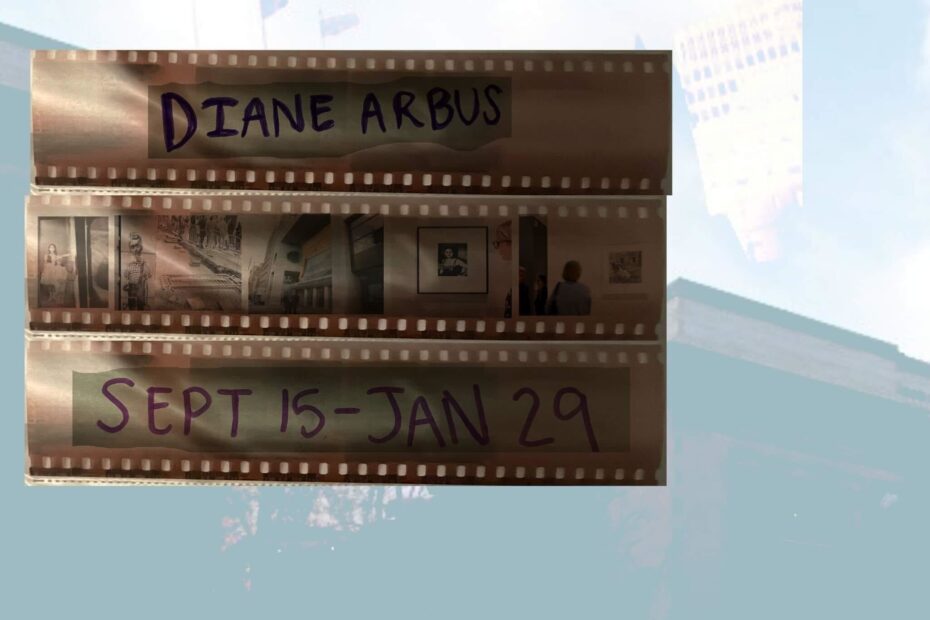 The American avant-garde photographer Diane Arbus, whose unique monochrome photographs radically transformed portraiture, is currently being celebrated at the Montreal Museum of Fine Arts (MMFA). The Diane Arbus: Photographs, 1956-1971 exhibition showcases close to one hundred of the photographer’s most compelling gelatin silver prints and mindfully pays homage to the misfits and outcasts of her time.

Born Diane Nemerov on March 14, 1923, in New York City, Arbus grew up in an affluent Jewish family. A gifted student, she was initially drawn to writing and painting before being introduced to photography by her boyfriend, Allan Arbus. The pair married in 1941 and began a joint career in fashion photography. The business did well—their work was published in magazines such as Glamour and Vogue—but Diane came to disrelish the world of fashion. “I hate fashion photography because the clothes don’t belong to the people who are wearing them,” she once confided to a reporter, “When the clothes do belong to the person wearing them, they take on a person’s flaws and characteristics, and are wonderful.” Yearning for something more authentic, she turned to street photography and produced some of the most hauntingly original photographs of the 20th century.

Arbus took most of her photographs in and around the streets of New York City and selected her subjects based on their unique appearances. At a time when mainstream visual culture emphasized  uniformity and conformity, Arbus chose to highlight individuals who stood out. As David Vestal wrote in Infinity magazine, “she photograph[ed] individuals who in one way or another depart[ed] from conventional behaviour or appearance, but she d[id] not emphasize their ‘abnormal’ or ‘freak’ character.” Rather, she showed that they shared much in common with the people around them.

The exhibition hosted by the MMFA presents Arbus’ career chronologically. It begins with her intimate explorations of New York City’s streets and public places from 1956 to 1962 and culminates with her most famous work: the unwavering portraits shot from 1962 to 1971.

Some  of the gallery’s most interesting images were taken at Hubert’s Dime Museum and Flea Circus. Located in a basement underneath an arcade near Times Square, the establishment was a well-known safe space for members of the 2SLGBTQ+ community. In Three female impersonators, N.Y.C., three iron-willed performers pose in Hubert’s dressing room*. The trio is in full hair and make-up and stares directly into Arbus’ lens, their gazes uncannily intense. It is a mesmerizing image that stopped several museum-goers in their tracks.

Another fascinating portrait is Identical Twins, Roselle, New Jersey, taken in 1967. The image of seven-year-olds Cathleen and Colleen in matching outfits was shot at a Christmas party and said to have inspired Stanley Kubrick’s characters in The Shining (1980).

The show concludes with pictures taken at a number of state institutions in New Jersey that housed individuals with developmental disabilities. Most of the series consists of large prints on 16 x 20-inch paper, making them impossible to overlook. In one of the most touching shots, a group of residents dressed for Halloween proudly show off their costumes. It is a peculiar image, but one that prompts audiences to take a closer look at the people who compose it. There lies the power of Arbus’ photography: the subjects are so candid and honest that one cannot help but be drawn to them.

Although Arbus’s fascination with subjects who created their own identities is endearing to modern viewers, her methods raise questions of exploitation. Did Arbus take advantage of the most vulnerable? Was she a humanist or a voyeur? In her 1977 book of essays, On Photography, Susan Sontag suggests that Arbus’ work is “based on distance, on privilege, on a feeling that what the viewer is asked to look at is really other.” Even supposing Arbus identified with her subjects’ outsider statuses, her family’s upper-class background bound her to New York City’s higher society. While her subjects were ostracized from the world at large, she had access to connections and resources.

All in all, Arbus’s portraits retain their power to unsettle and enthrall no matter the period or space they are presented in. Her photographs remain significant not just because of their peculiar beauty or their sharp construction, but because they ask us to reflect on the predatory nature of photography, to consider the lengths people go to capture the perfect shot, and to meditate on the complicity of the viewer in it all.