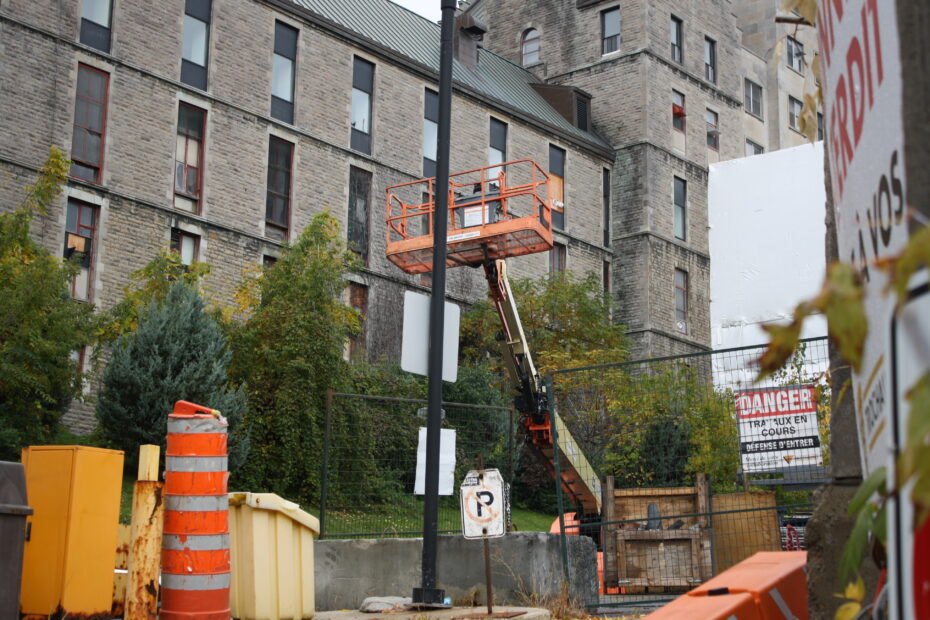 This week, archaeological firm Arkéos began investigating the site of the Royal Victoria Hospital (RVH) on behalf of McGill University. McGill plans to turn the former hospital into a new research and teaching facility, known as the “New Vic Project.” The purpose of this investigation is to determine whether the area is archaeologically significant. This work appears to be going ahead despite opposition from the kanien’kehá:ka kahnistensera (Mohawk Mothers) who are currently taking McGill to court to stop the New Vic Project, as they believe the site to contain unmarked Indigenous graves, especially those from the MK-Ultra experiments in the 1960s. On October 10, a settler anarchist group set up an occupation at the site in solidarity with the Mohawk Mothers, but were evicted by police the next day.

In an update shared on October 11, the Mohawk Mothers stated that they are “wholly opposed to the archaeological intervention in its current form, which dismisses all the guidelines and frameworks that have been developed by the Truth and Reconciliation Commission (TRC) and by archaeologists engaged in searching for unmarked graves since the first findings in Tk’emlúps in 2021.” They say that the Société québécoise des infrastructures (SQI) and McGill previously told them that they wouldn’t start any archaeological interventions until “information meetings” had been completed.

The Mohawk Mothers have repeatedly requested the use of remote sensing technologies rather than breaking ground on the site. They emphasized that “we must have an idea of what is underneath the ground before breaking it, so that we will follow our cultural burial practices and the will of survivors.” Requests to be present to monitor intervention at the site were also denied; therefore, the Mohawk Mothers have taken it upon themselves to monitor the site themselves from the sidewalk.

The Daily recently visited the site and took some photos to document the work that’s been happening so far.

Updates about this campaign are shared on the following platforms: