The goal is to turn it into a course 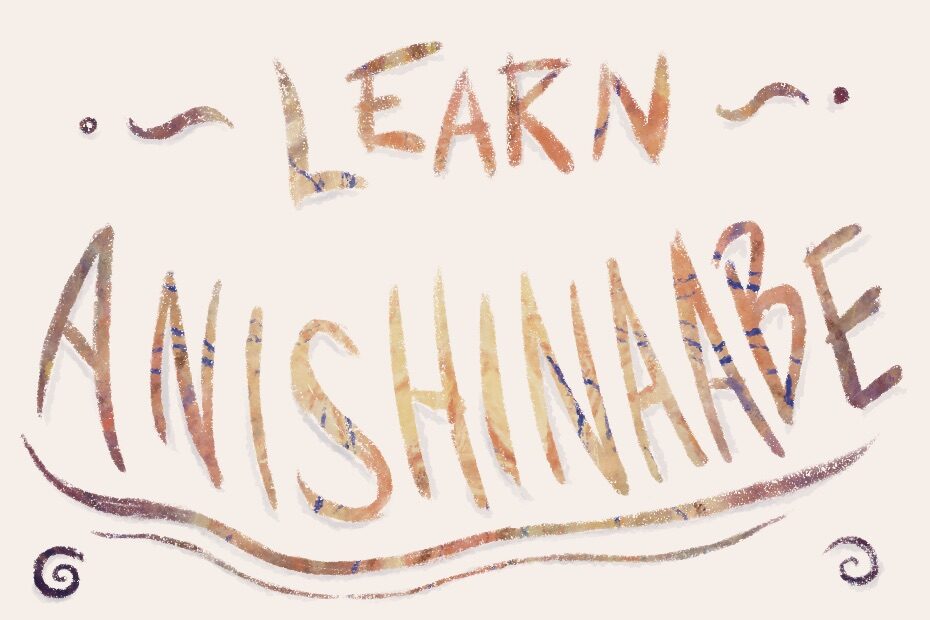 Last spring, Nathan Ince and Jenni Makahnouk met in a seminar class and discovered that they both shared an interest in learning the Anishinaabe language. Makahnouk is Anishinaabe, and  Ince, a Professor in the history department at McGill, was interested in learning it for his research. As a result, they’re now running an Anishinaabe Language Study Group this semester for any McGill students interested in the language. The Daily spoke to Ince, Makahnouk, and Nika Paul, another student involved, to learn more about this project and why they believe it’s needed at McGill.

“We both kind of came together and said ‘hey, why don’t we learn this together,’” Makahnouk explains. “I want to try to learn it to keep my language alive, and also learn more about my culture.”

Paul also pointed out that programs like this are valuable because “not all of us have the opportunity [to learn Anishinaabe] in our communities and our families because of colonization.” For most of Canada’s history, the federal and provincial governments have advanced colonial policies designed to suppress Indigenous language use, notably through the Indian Act, residential schools, and the “Sixties Scoop.”

When asked how the study group works, Makahnouk said that “there’s a certain formal class component to it and there’s not necessarily homework, but it’s kind of like go at your own pace.” They welcome everybody interested in the language, with most attendees being beginners. However, the organizers hope that with enough interest, it can grow into something bigger.

In 2017, a task force appointed by Provost Christopher Manfredi laid out 52 Calls to Action related to Indigenous Studies and Indigenous education. So far, only five of these calls have been marked as “completed.” One call still in progress is number 34, which concerns “Language Revitalization and Documentation” and calls on McGill to create a plan to support language revitalization in Indigenous communities. However, McGill still doesn’t offer any Indigenous language courses, something that the group hopes their initiative can change. Ince said that the end goal is to turn their study group into a course.

“We would ideally […] have a fluent Anishinaabe instructor who would be able to run their course just as they run any other language course here,” explained Makahnouk. As McGill is situated on both unceded Anishinaabe and Haudenosaunee lands, she would be happy to see courses in either language.

“These are the original languages of the land […] I think people are starting to come to realize that and I think there’s a lot of interest out there for people who want to learn [the language],” Makahnouk said. “We’re excited about the interest and there’s tons of people that have come in for their own reasons.”

Ince estimated that there are around 20 people who are “circulating in and out”, with 13 people showing up to one session, indicating that there’s an interest in learning Anishinaabe within the McGill community.

“We’re a ‘world-class’ university, we’re at the top of the rankings all the time, and yet, we can’t learn about the peoples who were here first, the original peoples of the land,” said Makahnouk.

“Indigenous knowledge is world-class, having a program that teaches Indigenous languages is world-class,” said Ince. “If you’re not teaching these languages […]you’re not training people to do work in archives, to understand oral histories, or to engage with knowledge at that level.” He said that the more people use and engage with these languages, the stronger they will become. While emphasizing that it’s important for settlers not to take ownership of Indigenous languages, he believes that “there’s a responsibility to contribute to reversing the linguistic genocide that’s taking place in Canada.”

Although there’s concern that there will be resistance from the administration, the group is hopeful that the significant interest in the project coupled with the 52 calls to action will convince the University to invest in this initiative and eventually turn it into a course.

“I think there’s always going to be a little bit of a pushback. It is an institution. Yes, you have to fight hard to get what you want,” said Paul. “But I feel like there are more and more people that are fighting for it.”