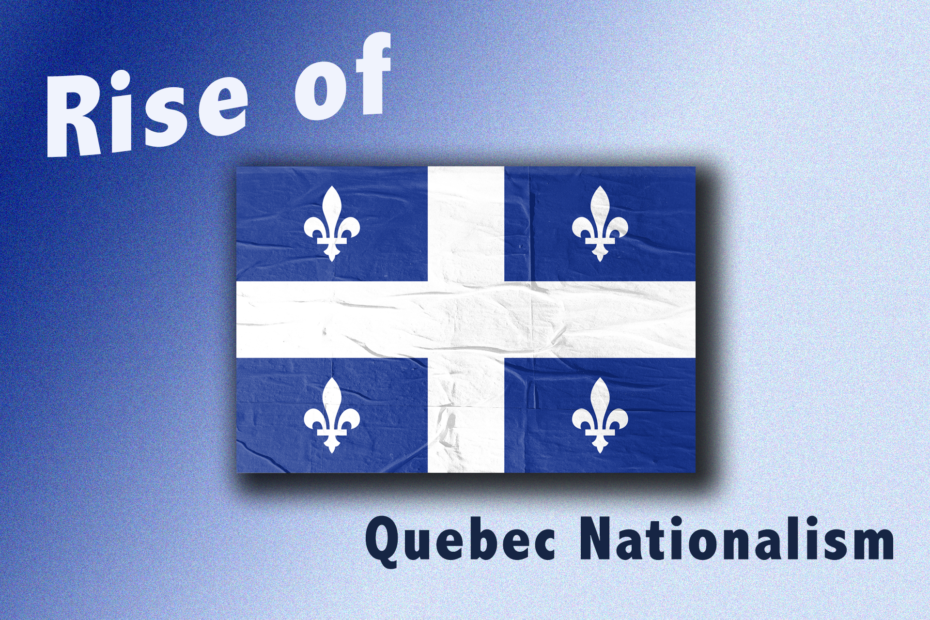 Despite being formed only 11 years ago, the CAQ currently has a stranglehold on the Quebec political scene. Holding 76 of the 125 seats in the National Assembly, the question surrounding the outcome of the upcoming election does not appear to be whether party leader François Legault can win re-election as Premier but rather the degree to which his party will dominate. With polls projecting a landslide victory for the CAQ, the question arises: what’s behind the party’s rise in popularity?

Who are the CAQ? How have they become so popular?

To understand the CAQ, it is important first to consider the Quebec political scene. “Québec politics has a number of specific features when you compare it to politics in all or most other provinces,” explains Daniel Béland, Director of the McGill Institute for the Study of Canada and a Professor at McGill, in an interview with the Daily. “First, for obvious reasons, language is a key issue in Quebec politics, which is seldom the case in other provinces — “with the exception of New Brunswick, [Québec is] the only officially bilingual province in Canada.” “Second, the issue of whether Quebec should remain part of Canada has been a major issue since the early 1970s,” Béland added.

The CAQ has been particularly conscious of both of these factors and actively plays into them via its “positioning,” says Bryan Breguet, the Vancouver-based poll analyst behind tooclosetocall.ca, over an email exchange with the Daily. It “started as this party that wanted to change things, similar to the [Action Démocratique du Québec], thus why they merged. Over time, it has transformed into a much more centrist force. It’s ‘popularist’ in the sense that the party often adopts the position that is popular.” “To win [in Quebec] you need to build the right coalition on two axes.” The CAQ knows that and “they dominate because they are at the centre both economically and on the independence question.”

As a result, the party has been able to take over the politics of a province that has seen its elections historically dominated by the Parti Québécois (PQ) and Québec Liberals (PLQ). Serving as a coalition “of federalists and (former) sovereignists who support strong provincial autonomy for the province within Canada,” the party actually “does not support the idea of a new referendum on sovereignty,” Béland explains. Instead, the CAQ looks to attract “older Francophones, especially those who don’t have a university degree” – a group which has become their “main” voting base in recent years.

According to Béland, the CAQ has been able to rise to the top of Quebec politics largely by “attract[ing] votes from Francophones who used to vote for the PLQ and the PQ.” It is primarily at the expense of the PQ, “which needs strong support among Francophones to win seats,” and has grown to even surpass the Liberals, who “traditionally receive disproportionate support from Anglophones and Allophones.”

The CAQ’s embrace of Quebec nationalism has been key to this migration of francophone voters. When asked how that is currently defined in the province, Mr. Béland explained, “Québec nationalism is typically grounded in the claim that Quebecers form a distinct nation characterized by a shared culture, language and history.” “Before the Quiet Revolution, French Canadian nationalism was centred on both language (French) and religion (Catholicism) but the emphasis on religion declined very rapidly starting in the 1960s. Much more recently, over the last two decades, secularism became a major issue for Québec nationalism,”  Béland stated.

This is perhaps the area on which the CAQ has focused the most. “Quebec nationalism is still very strong,” explains Breguet. “Quebecois feel Quebecois first and not Canadians and it hasn’t changed.” Under the leadership of Mr. Legault, the party has united around a concept which has been coined “Quebec first” nationalism. Although the idea has adapted over the years, its central traits remain fixed around a commitment to building a proud French Quebec society. More specifically, the party seeks to reaffirm the historical experience of francophones and their culture in light of an increasingly globalized Canada. To do this, the CAQ attempts to energize francophones by enacting legislation that emboldens Quebec heritage on key issues, such as those regarding  secularism and linguistic protection – highlighted by the adoption of controversial Bills 96 and 21.

Passed in May 2022, Bill 96 is Legault’s “Quebec first” policy in action. Serving as the second major piece of legislation passed during his near four-year tenure as premier (the first being Bill 21), Bill 96 was actually inspired by the concerns of the CAQ’s voting base, “older francophones,” many of whom feel that Quebec is losing its French heritage.

Indeed, alarms were raised among “older francophones” when reports showed that, in 2021, “14,000 people immigrated to Quebec under Canada’s family reunification program, with [just] 51 per cent of these people being able to speak French.” Attempting to alleviate these concerns by doubling down on protecting Quebec heritage, Bill 96 attempts to serve as a solution: Béland explains that, through the law, the CAQ is aiming to give Quebec “stronger autonomy within Canada via the protection of the French language.”

To accomplish this, the new law pushes for language reform through several mediums, such as education and immigration. Beginning with education, the law is headlined by a cap on the number of students that can attend English speaking CEGEPs, with limits preventing yearly enrollment increases of 8.7 per cent or higher. For those currently enrolled in English CEGEPs, the province has also now mandated that students take at least three 45-hour courses in French, as students “who d[o] not have the speaking and writing knowledge of French required” by the government can no longer obtain a CEGEP diploma.

Immigrants to Quebec will now have  just six months of English access to provincial government services. After that, they will be mandated to seek services in French – unless an exception may be made because their case deals with “health, public safety or the principles of natural justice.”

The law has also faced legal setbacks. Amendments to the justice system – which would’ve stipulated that judges will no longer need to have “a specific level of knowledge of a language other than the official language” (French) – have been promptly tossed by the Quebec Superior Court in recent months. Similarly, an amendment that requires all public contracts (that is, contracts entered into by the Civil Administration) to be drafted exclusively in French is also being challenged on the arguments that the costs of translation might leave underprivileged English-speaking Quebecers without the ability to read legal contracts.

Bill 96 remains incredibly divisive within the province, as just 56 per cent of citizens support it. Crucially, a poll found that 88 per cent of CAQ voters support or strongly support the Bill.

Interestingly, Bill 96 does not hold the sole title for most controversial bill passed by the CAQ during Legault’s tenure as premier. That instead is shared with Bill 21. Officially known as “The Act respecting the laicity of the State,” Bill 21 prohibits the wearing of religious symbols by certain public servants and contractors, like public school teachers and prosecutors, and was perhaps the inspiration behind Bill 96.

Just like Bill 96, Bill 21’s origins are rooted in recent Quebec history. Between “2014 and 2016, the CAQ [was] going nowhere, stuck at 20 per cent and losing in by-elections like Saint-Jerome,” details Breguet. “The PQ was this close to coalescing all the anti PLQ vote.” It was in that context that the PQ launched a similar campaign to limit the wearing of religious symbols in the form of Bill 60, known commonly as the Quebec Charter of Values. Indeed, Bill 60 reads eerily similar to Bill 96, stipulating that “while relatively discrete items such as a finger ring, earring, or small pendants bearing a religious symbol will be allowed,” “more obvious items such as a kippah, turban, hijab, niqab, and larger crosses and religious pendants would be prohibited” in the public sector. And eerily similar to Bill 96, Bill 60 was highly criticised by public officials. So, what happened? Ultimately, it never became law – the PQ lost their re-election campaign just months later to the PLQ, killing Bill 60 in the process. Breguet maintains that there “is easily an alternate universe where the PQ passes the Charter of Quebec values in 2014 and becomes the CAQ”.

Passed in 2019, Bill 96 ultimately does not share the same fate as Bill 60. It represents Quebec’s  toughest crackdown on religion in recent memory; Immigration Minister Simon Jolin-Barrette said that all public workers in positions of authority are no longer allowed to wear religious symbols, regardless of the size of the object. But it does share the same core vision that Bill 60 had for Quebec, once again seen through the lens of Quebec nationalism.

To the CAQ, globalization is not something to be embraced. The party is concerned that non-francophone immigration will make Quebec culture vulnerable and increasingly dependent on a world where English is the common language. This is why Legault has embraced what he calls “interculturalism” – an approach that opposes the idea of multiculturalism and instead seeks to assimilate immigrants into “Quebec” culture. The premier said in June that it was important for Quebec to avoid putting all cultures on equal pegging. Bill 21 and Bill 96 are being used to facilitate the preservation of cultural legacies that the CAQ feels are necessary for keeping together social bonds threatened by globalization. With the CAQ looking likely to win re-election, they likely are not going away anytime soon.

So, what is next for the CAQ? More of the same. The party is wrapping up the election cycle with intentions to double down on its “Quebec First” brand of nationalism, doing so by seeking increased powers for Quebec within Canada; it wants Ottawa to transfer control of immigration to the province entirely to Quebec. The CAQ also intends on ensuring that Bill 96 is passed in its entirety as it plans to fight with Canada’s legal system over disputed amendments, such as the one that ensures judges will no longer need to have “a specific level of knowledge of a language other than the official language.”

Ultimately, whatever they do, polls project that the CAQ and François Legault will likely exit the election with an overwhelming majority of Quebec’s National Assembly supporting him. The premier is so popular that when Pope Francis visited Quebec in July, La Presse’s cartoonist Serge Chapleau drew him beside Pope Francis with someone asking in a crowd: “Who is the man in white beside Legault?” Quebec politics has always been described as a unique game, yet it’s been one the polls show that the CAQ has been able to uniquely master. Despite their short history, polls show that the CAQ are steering the ship of Quebec politics, with Mr. Legault sitting firmly at the helm. He has Quebec nationalism to thank for that.