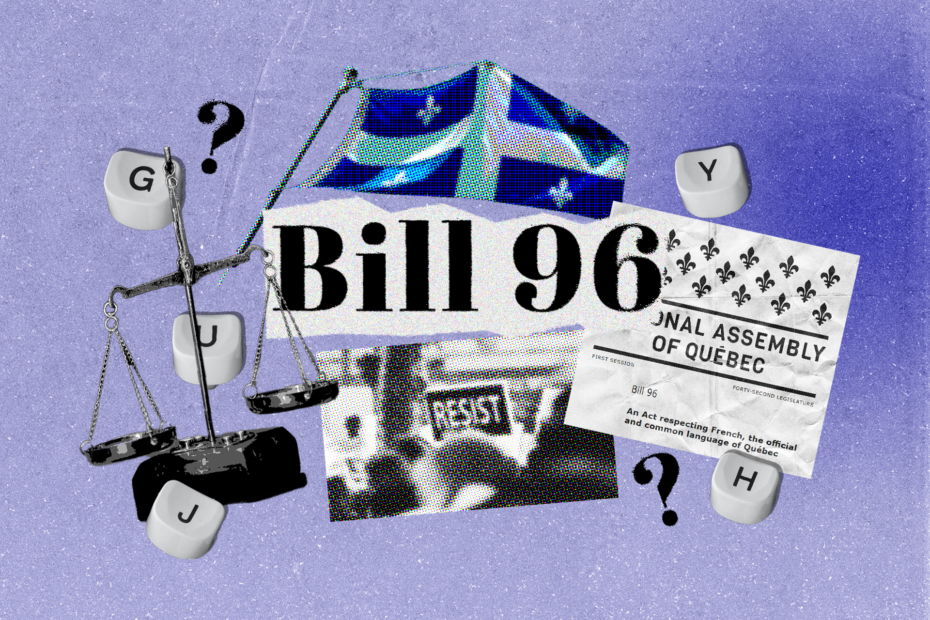 Language and immigration politics have occupied a significant portion of Quebec’s political limelight ahead of the October provincial election. The Quebec government’s new law – officially titled Bill 96, An Act Respecting French, the Official and Common Language of Quebec – is intended to protect and conserve the vitality of the French language. Under Bill 96, communication with government services (except for health care) may only take place in French. For incoming allophone immigrants, this new restriction often means that they must learn French within six months of entering the province. Otherwise, non-French-speaking immigrants will not possess the right to access important government resources in their native language. Additionally, since the vast majority of businesses in Quebec are also being compelled to communicate exclusively in French, immigrants will now face greater hurdles within the realm of employment. Meanwhile, the ease of access to other government services, from judicial administrations to simply receiving a new recycling bin, will become increasingly exclusive for this same reason.

Premier François Legault stood firm on the fear of linguistic extinction by drawing comparisons between the apparent decline of the French language in Quebec to that of its decline in Louisiana. To Legault, the threat of “Louisianization” is tied largely to the yearly percentage of French-speaking immigrants who enter the province. In 2021, 14,000 people immigrated to Quebec under Canada’s family reunification program, with 51 per cent of these people being able to speak French. Early last month, at the Coalition Avenir Quebec’s (CAQ) policy convention, Legault announced his intention to boost the number of French-speaking immigrants entering Quebec by pressuring Ottawa to yield more powers concerning immigration to Quebec. The anti-immigration rhetoric that has fueled Bill 96 has communicated that immigration poses to the French language an imminent and urgent threat: “If we continue with a system where Ottawa picks these immigrants and only half speak French, in a matter of time we could become a Louisiana,” Legault said at the convention in June.

The CAQ’s fixation on cultural issues has corresponded with legislation that rejects the inclusion of non-Quebecois peoples in Quebec society. The CAQ has presented the influx of anglophone and allophone immigrants as “diluting” the integrity of the French language in Quebec. This is apparent with Bill 96 when examining the way the CAQ deploys anti-immigration rhetoric as a means to frame the issue of French extinction as a matter of urgency. Legault has warned that Quebec may succumb to the same fate as Louisiana in as much as 60 years: “From the moment there is a decline [in speaking French], we can make a projection. Will it take 25 years, 50 years, 60 years?” Using immigration to fuel the fear of language extinction frames the issue of French protection as a zero-sum game. By connecting the dots between immigration and a decline in the amount of native French speakers, Legault positions non-French-speaking immigrants as detrimental to the health of the French language. As a result, stoking the fear of an immigration-caused Louisianization serves as ammunition for the CAQ to justify the adoption of a bill that seeks to protect French by overshadowing other languages: “[Anglophones] have to understand that it is a matter of survival. If Quebec becomes a bilingual state, it’s a matter of time before we lose the presence of French in Quebec,” Legault said at a press conference in May.

One indicator that Legault has claimed poses a serious threat to Quebec’s possible Louisianization is a decline in the use of French at home: “Everyone has to concede there is a decline in French. When we look at the statistics, the language most used [French] in the home is in decline.” Indeed, data compiled by Statistics Canada shows a decline in the number of Quebecois who use French at home. The statistic is projected to fall from 82 per cent in 2011 to around 75 per cent in 2036. Immigration is reasoned to be a large factor behind this decline, where the percentage of monolingual mother-tongue francophones has declined from 78 per cent in 2011 to 77 per cent 2016. However, a decline in the number of French-speaking homes does not appear to contribute to what the CAQ has identified as the extinction of French as the “common language” of Quebec. There is a disconnect between the declining number of francophone homes and a high percentage of people in Quebec that can speak French. In fact, 94 per cent of people in Quebec can speak French well enough to have a conversation, with the same being said for 80.5 per cent of immigrants. This means that Quebec is gaining more multilingual speakers, rather than losing French as its primary language of communication. It additionally serves to indicate that monitoring which languages spoken in Quebecois homes may not be an effective way of protecting French. Instead, a more important measure relevant to the health of French as Quebec’s common language is the percentage of first and second generation immigrants who choose to integrate in French, rather than English.

However, bilingual immigrants who speak fluently in both French and their mother tongue have largely been overlooked in conversations that seek to link the decline of “francophones” to the decline of French. The definition of “francophone” used by the OQLF excludes groups of allophones who speak French as well as their first language at home. The CAQ has used this statistic to create an illusory fear that a falling percentage of monolingual francophone households entails the decline of the use of French at large. In reality, this insular attitude toward French protectionism implies that the health of the French language is solely dependent on the percentage of Quebecois who exclusively speak it. To attribute the extinction of French as a common language to the decline of French-speaking households exemplifies how the CAQ’s fear of Louisianization is founded upon a bias toward upholding the use of French spoken by a particular type of person. This, paired with the CAQ’s resentment for a multilingual Quebec, makes Legault’s anxiety towards Louisianization seem to be rooted in nothing more than the belief that immigrants are not Quebecois “enough.” In this way, Bill 96 erects barriers, not only to government services but also between linguistic groups. By imposing the use of French and stigmatizing the use of other languages at home, the CAQ has constructed a coercive brand of nationalism that is fueled on the idea of a “one-culture state.”

Immigrants are not the only marginalized group to be affected by Bill 96. The bill presents non-Quebecois and anglophones with numerous hurdles by restricting their access to many parts of society. The law has a double-effect on Indigenous circles, who fear that the bill’s restriction to government services may contribute to the extinction of Indigenous languages in the province. Bill 96’s mandate for CEGEP students to attend at least three courses in French detracts from the possibility for Indigenous languages to be taught.