Devastation caused by such natural disasters is “a matter of justice,” says the UN 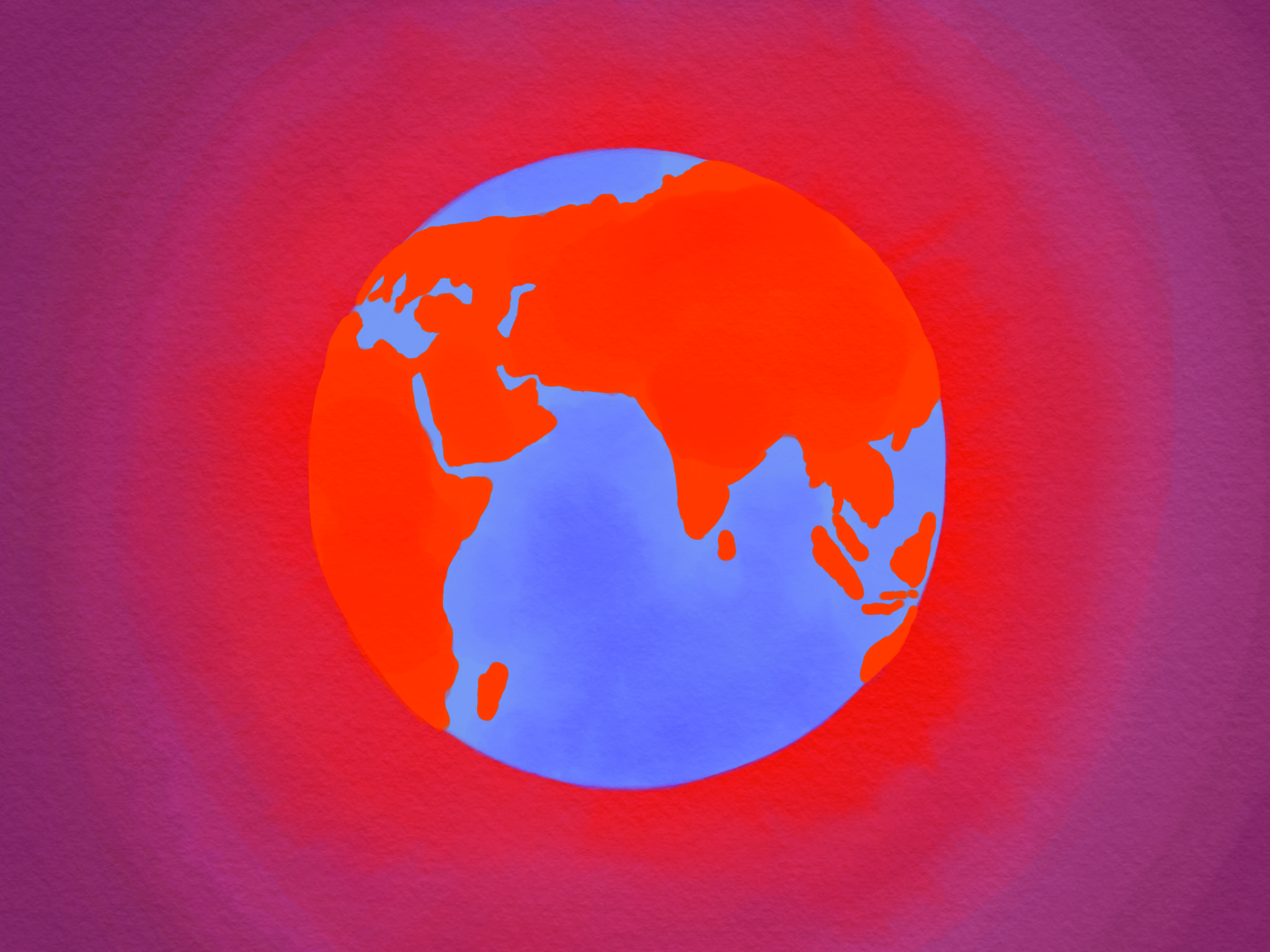 The past several years have been marked by meteorological abnormalities, ranging from extreme heat waves to weeks-long floods, hurricanes, droughts, and fires. In 2021 alone, 432 disastrous events related to natural hazards worldwide were reported by the Emergency Event Database (EM-DAT). These accounted for 10,492 deaths, affected 101.8 million people, and caused approximately $252.1 billion USD-worth of economic losses. On September 22, the World Weather Attribution (WWA) released a report demonstrating to what extent climate change exacerbated  extreme floods in Pakistan, finding that vulnerable and unprepared populations were hit particularly hard.

Between July and August, Pakistan received an abnormal quantity of rainfall, causing one third of the country to be underwater. The WWA report details how this disaster has been intensified by global warming and attests that we are likely to see more of them in the future. Antonio Guterres, the secretary general of the UN, said while in Pakistan last week that “there is nothing natural about the scale of these disasters.”

One in seven Pakistanis was affected by the extreme monsoon, including 16 million children, according to UNICEF. In addition, 1,500 Pakistanis are estimated to have lost their lives, and millions are still without shelter. One third of Pakistan is underwater, damaging 80 to 90 per cent of crops and thus affecting the agricultural sector upon which approximately 40 per cent of the population depends, according to the most recent estimates. Officials additionally estimate $30 billion  in economic damages. The Sindh province in the south was the most affected region, reporting to have received 466 per cent more than the 30-year rainfall  average. In late August, the government of Pakistan declared a “national emergency”: 43 per cent of the population was in a situation of food insecurity even before the flooding, and the International Committee of the Red Cross (ICRC) and the International Federation of Red Cross and Red Crescent Societies (IFRC) warned that the “number of acutely hungry people is expected to rise substantially.” With many of the routes and communication lines being interrupted, the floods will also affect food delivery into Afghanistan, the organizations report.

The Daily spoke to Lauren Mueenuddin, specialist in Women and Children’s Health at Reproductive Health Network, who is currently in Pakistan in the northern province of Khyber Pakhtunkhwa, where “many of the health units have been washed away,” she says. In response to the Pakistani government’s announcement that it may take two to six months for the water to recede completely, Mueenuddin comments that the “water insanitation is very grave; it also increases the risk of diseases such as malaria or dengue fever spreading.”  She adds that “the medical situation was precarious before the floods and has been greatly deteriorated by the breakdown of the transport system.” Moreover, “many doctors in Pakistan are finding themselves in difficult situations and are trying to save their own lives,” Mueenuddin explains. But she insisted on the fact that “many Pakistanis are responding using their own means.” She has been working on trying to “expand primary health care and disease coverage, in particular for children and mothers and more specifically pregnant women, as thousands are expected to give birth alone and with no medical assistance, putting their lives and the life of their child in considerable danger,” she adds.

The South Asian Monsoon is part of a regional weather pattern in Pakistan, and in normal times this period of rain is generally viewed as favorable. However, this season’s extreme flooding seems to show that this is no longer the case.  There are different factors at play to explain the scale of devastation, including what the New York Times lists as political instability, government failures to make adaptive changes since the last major flooding in 2010, and a lack of adequate infrastructures and poor housing situations. Nonetheless, as declared by Friederike Otto, one of the scientists who contributed to the WWA study, human-caused “climate change also plays a really important role here.” Not only did the heatwaves that crippled the region in April accelerate the melting of glaciers in the north of the region, but the high temperatures also caused water to evaporate much faster from the Arabian Sea, causing more rain than the soil can absorb. The WWA report observed that the five-day maximum rainfall over the provinces of Sindh and Balochistan is now about 75 per cent more intense than it would have been had the climate not warmed by 1.2 °C.

Pakistan is not alone in being exposed to both high climate vulnerabilities and low readiness. The Global South in general has been disproportionately the target of such disasters, yet it contributes less to greenhouse gas emissions. Pakistan’s climate change minister, Sherry Rehman, pointed out in The Guardian, “It is not unreasonable to ask why countries with a negligible carbon footprint, like Pakistan, must pay for global warming catastrophes we had no part in creating.” Indeed, Pakistan emits less than one per cent of greenhouse gases in global emissions while the G20 countries (twenty of the world’s largest economies) alone account for 75 per cent of global emissions. In addition, the latest report by the Intergovernmental Panel on Climate change explained that “vulnerability of ecosystems and people to climate change differs substantially among and within regions, driven by patterns of intersecting socio-economic development.” This is why Antonio Gueterres called for “massive” global support while blaming wealthier countries for contributing to the devastation, calling it “a matter of justice.”

In conversation with the Daily, Professor Pasha M. Khan, Chair in Urdu Language and Culture at McGill, insisted on the fact that there is an urgency for rich countries to “take responsibility, which means paying reparations to the countries concerned.” Indeed, the contrast between aid and reparation is fundamental – and not just in the case of Pakistan. The financial assistance should not be described as a gesture of “generosity” but rather as the “expected behavior of responsible countries” paying back what they owe, explains Khan.

Furthermore, Mueenuddin raised concern as to the issue of climate refugees not being endorsed by the UNHCR. Instead they are referred to as “persons displaced in the context of disasters and climate change” by the UNHCR. The fact that some displaced by Pakistan’s flooding have not “crossed a border” means that they are not legally considered “refugees” under the 1951 Convention relating to the status of refugees. Yet, today, 33 million people are displaced within Pakistan. This definition is an “obstacle to aid in situations like this,” Mueeneddin says, adding that the response in Pakistan is “minimum.” Nonetheless, she mentions that many “schools, universities and youth are also responding without waiting for international aid.”

Canada has decreased its GHG emissions from 1.8 per cent in 2005 to 1.5 per cent in 2019, yet it remains among the top ten countries with the most CO2 emissions globally, reports the Union of Concerned Scientists.  At McGill, the association Divest McGill has denounced the almost $66 million (5.4 per cent of its endowment) the university has invested in oil and gas industries.

Allie, an environment student at McGill, in conversation with the Daily, pointed out the importance of “shifting national behaviors from guilt to responsibility.”  The next Climate Change Conference (COP 27) is announced to take place in November in Cairo, and one of its main focuses is the “causes and effects of climate change.” The recent events in Pakistan are “very concerning for our future,” comments Mueenuddin, emphasizing the importance of rectifying “polluting countries’ responsibility for climate disasters in other countries like Pakistan.”