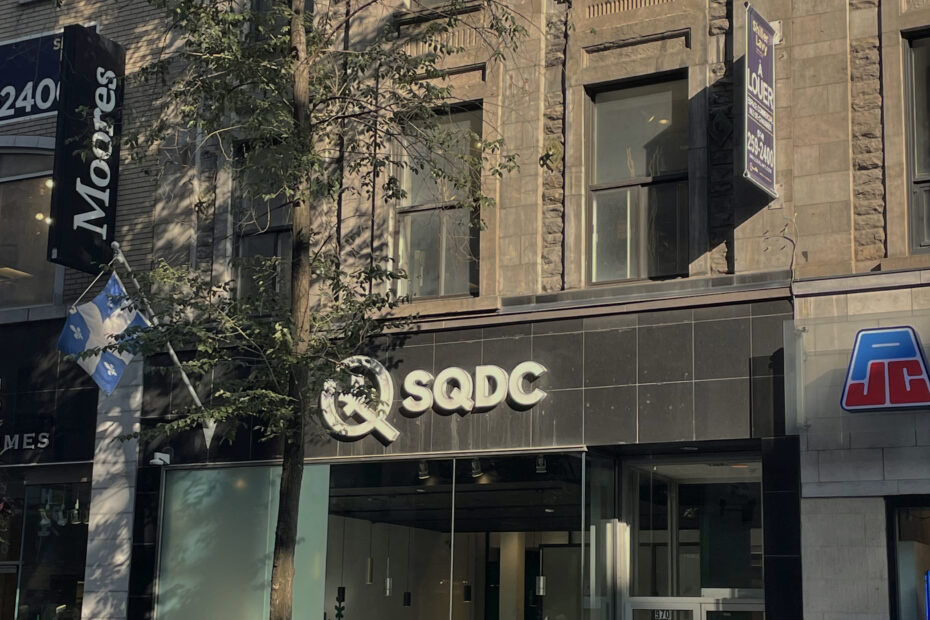 On May 6, the Montreal Department of Public Health (DRSP) sent out an alert about a recent overdose. The alert stated that the DRSP had received word from the Montreal Police Department (SPVM) that an individual had experienced “signs and symptoms of opioid overdose with respiratory arrest” after smoking marijuana “bought on the street” (from an unlicensed seller). The alert included a photo of the marijuana in question.  The email went on to warn of the possibility that Montreal’s “street cannabis” may be contaminated with fentanyl and therefore recommended purchasing marijuana safely and legally from the government store (SQDC).

The alert stated that naloxone had been administered, but it did not specify whether the seized marijuana sample had been tested or whether test results confirmed that the individual had, in fact, experienced an opioid overdose. These details are important to establishing the presence of fentanyl on the sample and that said fentanyl led to the individual’s experiencing respiratory arrest.

The DRSP, which deals with public health concerns, is responsible for mounting Montreal’s response to the opioid overdose crisis. The overdose crisis refers to the rapid increase in opioid-related fatal overdoses that began across North America in the mid-2010s. Many overdoses during the crisis were linked to fentanyl, a powerful synthetic opioid. The degree of a substance’s effects on an individual are influenced, among other things, by its percentage concentration in the blood at a given time and by  a person’s tolerance. The level of concentration itself is determined partly by the amount of fentanyl consumed and the ingestion method employed. Consuming an excessive dose can lead to respiratory arrest.

One of the driving factors in the overdose crisis has been contamination of other substances – mostly other opioids – with fentanyl. Fentanyl’s potency means that even a habitual user of other opioids, such as morphine or heroin, would risk exceeding their tolerance if they consumed a similar dose of fentanyl instead. Although fentanyl has been found in a variety of other drugs consumed as pills and powders, there has yet to be a confirmed case of fentanyl-tainted marijuana in Canada.

The email was a version of a “bad dope alert.” Bad dope alerts are a harm reduction practice in which people who use drugs share messages alerting community members when a batch of drugs is contaminated or especially dangerous. They contain identifying details to let people know what to look for, such as any distinguishing marks or colours. In theory, the email from the DRSP was an attempt to protect the public from a dangerous batch of marijuana. However, the information contained in the email was incomplete and its central claim unlikely.

The different temperatures at which marijuana and fentanyl begin to degrade make it unlikely that someone could overdose from trace amounts of fentanyl in a joint. Smoking marijuana consists of burning the substance (combustion) and inhaling the resulting smoke. Fentanyl and marijuana have different combustion points. At the intense heat necessary to burn marijuana and create smoke all of the fentanyl would already have decomposed or been destroyed. Therefore it is highly implausible that someone could overdose on opioids by unintentionally consuming them in a joint. Dr. Ryan Marino, a harm reduction activist and physician devoted to combating misinformation about fentanyl compared the likelihood of overdosing by smoking fentanyl-laced weed to the likelihood of “a piano falling on your head.”

This story may be an example of fentanyl panic. Ever since the increase in public awareness of opioid overdoses, there has been a rise in the amount of false reports in the media relating to fentanyl-tainted marijuana as well as fentanyl “touch overdoses.” You cannot overdose by touching fentanyl. Despite the fact that doctors and scientists have repeatedly taken to social media or the press to explain why these things are not possible, the stories persist.

The latter half of the email, where the DRSP offers the SQDC as a safer alternative to marijuana purchased by unlicensed sellers, is also troubling. Since consuming the non-SQDC marijuana is unlikely to result in a fentanyl overdose, the DRSP is promoting the Government store based on an unproven premise.

There are a number of limitations to Quebec’s approach to marijuana legalization: excessive packaging, inconvenient locations, underpaid staff, and the creation of a government monopoly among them. Unlike in other provinces, marijuana in Quebec is exclusively purchased from the provincial government, whereas unlicensed sellers risk a million-dollar fine. Perpetuating the myth of dangerous fentanyl-laced weed also demonizes unlicensed sellers, putting them, or anyone suspected, at risk of violent interactions with the police.

There is an ongoing public health crisis related to fentanyl which has ended many people’s lives. In some areas of Canada during the height of the COVID-19 pandemic, there were more people dying from opioid overdoses than from COVID. This crisis was created in part by “bad dope,” but it was mostly created by bad policy. As a plethora of scientists, activists, and scientist-activists have pointed out, there are a wide range of actionable options on the table when it comes to reducing the number of fatal overdoses in Canada. These include, but are not limited to, expanded access to safe supply programs and supervised consumption sites, accessible housing programs, and, of course, the decriminalization of substance use.

The macro – Canada’s refusal to make the policy changes necessary to significantly reduce overdose deaths – and the micro – the DRSP’s misleading email – illustrate an important fault line in Canadian society: How can a government both provide effective public health care and criminalize substance use? People who use drugs should always exercise discernment and caution when choosing a source, but we should be equally considerate about where we source our science and health information and, therefore, our bad dope alerts.

If you live in Montreal and would like to get your substances tested, you can bring them to GRIP or Checkpoint. You can also order your own testing supplies from Dance Safe. Naloxone, an opioid antagonist that can be useful in responding to opioid overdoses, is available at the pharmacy without a prescription or at community organizations like Cactus or Head & Hands.