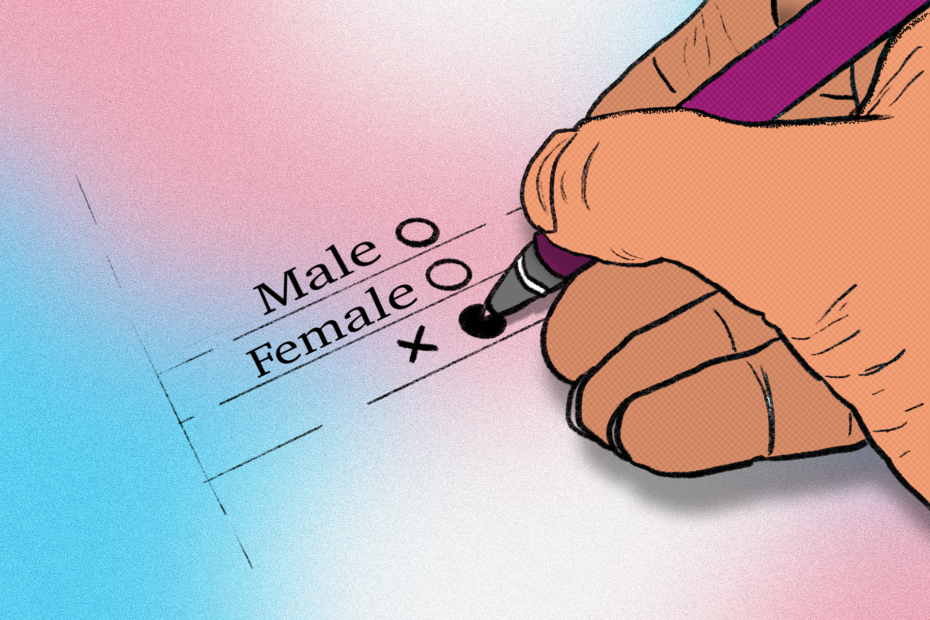 Quebec’s Bill 2, adopted June 7, will allow trans people to change their sex designation on identification documents for free, will introduce “X” markers for non-binary people, and will permit trans parents to change their label of parental designation starting June 17. Celeste Trianon of the Centre for Gender Advocacy (CGA), in conversation with the Daily,  describes Bill 2 as “a nightmare turned victory.” The bill was initially “going to set back trans rights by over a decade here in Quebec,” but now, according to Trianon, it will create positive changes for the legal recognition of trans and non-binary people in the province.

The bill, originally introduced to the National Assembly by Minister of Justice Simon Jolin-Barrette in October 2021, has since been subject to extensive amendments following protest from the trans community. Notably, the original bill proposed the inclusion of a gender marker, in addition to a sex marker, on identification documents: an individual’s sex designation could only be changed if they had received gender-affirming surgery, which had the potential to legally out someone as trans. This proposed bill was also harmful for intersex people: the creation of an “undefined” sex designation would encourage parents and doctors to force intersex children to undergo intersex genital mutilation, as Trianon told the Daily in a previous interview. Both this surgical requirement and the “indeterminate” marker for intersex people were removed from the final bill.

The initial version of Bill 2, described by Trianon as having been “written with complete disregard for the trans community,” was met with bold opposition. Trianon reported that coordinated community action across the province – which included outreach to politicians, media interviews, meetings at the grassroots level, the creation of the Pas de Recul campaign in collaboration with the Conseil Quebecois LGBT, more than 35,000 emails to Members of National Assembly (MNAs), and more than 40 briefs submitted to the National Assembly – made the bill what it is today. “I remember very clearly the day the bill was first introduced, the whole community sounded the alarm … It was really t​​he most massive and the most rapid response to a bill that I’ve ever seen from the trans community,” Trianon told the Daily.

Trianon stressed the importance of understanding the bill’s harmful origins and expressed frustration that it took six months for the amendments to be presented: “Imagine six months of the stress of not knowing the status of your rights … I think it’s important to remember just how distressful [sic] it was for our community at the time,” she says. Trianon reported that they received the amendments from Quebec Solidaire on May 9. The amendments addressed the primary concerns with the bill, but further positive changes came as a result of continued conversations with politicians about Trianon’s personal concerns, those of the community, and those of CGA’s lawyers.

Starting June 17, an “X” designation will be available for non-binary people, trans and non-binary parents may change their parental designation from “mother/father” to “parent,” and marker changes will be more accessible as they are available for free for those changing their marker for the first time.  As having a corrected sex designation on identification documents is often a prerequisite to obtaining employment and housing – “you’d be kind of stuck in this feedback loop where you don’t have money to change [your marker] and yet not be able to get a job because you don’t have a changed marker,” explained Trianon. The fee removal helps end this cycle.

Trianon emphasizes that despite the multitude of positive changes, the bill is not without its limitations. Namely, there is a possibility for trans parents to be outed, as children older than 14 are allowed to object to their parents’ change of label (e.g., from “mother” to “father”) – in this case, the parent will be assigned the “parent” designation rather than the desired “mother” or “father.” As the “parent” designation remains new, those with the label risk being outed. The bill is also restrictive in that a non-binary person is not allowed a mother/father designation.

Barriers also remain for trans youth, per Trianon, as the requirement for a consultation with a psychologist or other health or social service professional is currently being challenged at the Court of Appeal. “We’re looking forward to see how that changes in the future and we’re hoping the requirement gets botched,” Trianon says. Further, the process of filling out forms may be difficult and tedious, which poses an issue of accessibility. It can take three to six months to receive the change of sex designation certificate and another three months to receive a piece of government-issued ID, in addition to a mandatory 30-day waiting period upon filing.

Bill 96 further complicates this process, as the applicant must submit a French translation of their birth certificate through a certified translator – the costs of which are not covered by Bill 2. In the case that someone does not have a birth certificate, or an alternate piece of ID recognized by the courts, the process is nearly impossible. Trianon says that “the process of being able to change your gender markers needs to be as simple and as accessible as possible to everyone. And currently, the process is anything but that.”

Trianon expressed frustration with the “artificial and arbitrary waiting periods which really [make] the procedure much longer,” adding that she wishes the National Assembly would have touched on this additional “layer of inefficiency within the CAQ’s [Coalition Avenir Québec’s] whole operations.”

To conclude our interview, Trianon brought attention to the inaccessibility of gender-affirming care in Quebec; legislation that removes barriers to medically transitioning, as exists in Yukon, and ensures a gender-affirming care model among health practitioners is a high-priority demand for trans people. Although Bill 2 addresses legal recognition, issues relating to access to jobs, health care, and housing are not explicitly addressed. “Even though having a correct gender marker will really facilitate that, I really do feel like it is something which needs to be explored in the future, whether by innovative government agencies or by the National Assembly itself.”

On June 17, CGA is hosting a training workshop in English and French to give an overview of Bill 2 and to explain the process of changing your marker.