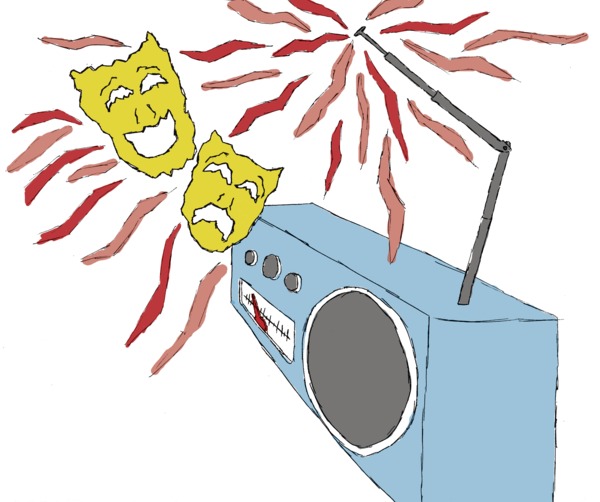 On April 7, the Arts Undergraduate Theatre Society (AUTS)’s feminist re-telling of Sweet Charity opened at the Mainline Theatre to an enthusiastic crowd of friends, family, and musical theatre lovers. The excitement from both cast members and theatre-goers was palpable as the show marked a long-awaited return to live performance.

Originally directed and choreographed by Bob Fosse, Sweet Charity premiered on Broadway in 1966 with Gwen Verdon as its leading lady. The show tells the story of the ever-hopeful Charity Hope Valentine, a dance partner-for-hire at the Fandango Ballroom in 1960s New York City. When what was supposed to be a temporary job turns into an eight-year gig, Charity begins to seek escape from her precarious status. Eager to fall in love and marry, she starts dating a series of malicious and abusive men who carelessly break her heart. Through its emphasis on camaraderie, joy, and self-love, the production transcends the pain that is thrown at the young woman. The story of Sweet Charity is ultimately one of hope and feminine resilience amidst patriarchal power.

“For me, this show is a big celebration of musical theatre,” says Patrick Dale, the AUTS show’s director and choreographer. “After a year of missing musical theatre, it just felt like the right show to put on.” If the road leading to opening night was arduous, the performers did not let it show. “All of our rehearsals were completely masked. For the first little while, they were on Zoom. Throughout the show, there were different waves of [COVID-19], so we were held on pause for two months during the run. It backed up our show dates and we had to find a new venue. Basically, every roadblock you can imagine, we went through!” Be that as it may, as soon as the lights went out and the spotlights came on, the company performed heartily.

The show’s contagious optimism was epitomized by Zoe Vegh-Gross, whose performance as the wide-eyed, larger-than-life Charity was absolutely enchanting. A seasoned pro, she charmed spectators left and right with her powerful vocals, crisp diction, and heart-wrenching acting. In fact, all of the ensemble actors were impressively well-rounded. Due to the production’s high number of ancillary roles, each cast member got to have their shining moment. Jessica O’Gorman and Caroline Lauf displayed genuine chemistry as Nickie and Helene, Charity’s closest friends and fellow dancers at the Fandango Ballroom. Both women excelled in “There’s Gotta Be Something Better Than This,” demonstrating their wide vocal range and charismatic stage presence. Adam Motaouakkil had the crowd wrapped around his finger as Vittorio Vidal, the famous Italian movie star, while Louie Gilette offered an emotional performance as the introverted Oscar Lindquist. Special mention to Megan Siow, who was brilliant as the shallow Ursula March. Her over-the-top persona had the audience giggling at every turn.

Lighting played an important part in the show’s mise-en-scène by dressing up the stage to alternate between Central Park, the Pompeii Club, and a New York City apartment. Michelle Yang and Benjamin Ogden’s imaginative work as lighting designers and board operators made up for the lack of props and set decoration; the crisp spotlights of a stranded elevator conveyed feelings of claustrophobia, while the striking reds and blues of the Fandango Ballroom reflected the club’s sensual atmosphere.

With its intimate size and small dimensions, the black box theatre gave the audience a sense of being completely immersed in the story. The simplicity of the space allowed for a variety of configurations both on stage and in the audience, with performers inhabiting every angle of the room.

The proximity to the performers infused the extravagant dance numbers with great energy. Patrick Dale’s choreography combined Fosse’s signature moves with traditional Broadway steps, resulting in delightful visuals that did not compromise the performers’ vocal abilities. The iconic “Rich Man’s Frug” sequence, which integrated bits of original choreography from the 1969 movie adaptation, was executed masterfully. Paired with Sydney “Freddy” Van Camp’s slick costumes – little black dresses and colorful tights – the well-rehearsed performance was the best dance routine of the night. Musical numbers “The Rythm of Life” and “I Love to Cry at Weddings” showcased impressive polyphony as multiple vocalists belted different melodies simultaneously. Overall, the ensemble cast truly worked as a unit, with each of its 12 members knowing each other’s exact placement at all times. Witnessing their camaraderie firsthand was a very moving experience. That is, after all, what musical theatre is all about.

When all is said and done, what does Patrick Dale want the audience to take away from his AUTS directorial debut? “I hope people take Charity as an example: to take no bullshit from any man and to never let the world take away your sense of hope or self.” To make the show more engaging for a modern audience, they even brought changes to the conclusion. “The original 1966 production follows an ending that just doesn’t feel right for Charity’s story,” says Dale. Indeed, in the show’s initial coda, Oscar breaks off his engagement to Charity and pushes her into a lake, leaving the protagonist completely humiliated. “In the 2005 Broadway revival, the ending was changed to a much stronger, more empowering ending for Charity. We kind of smashed the two together and made it into this whole new thing.” The AUTS’ production did culminate in brutal heartbreak, but as in the millennial revision, Charity’s poignant rendition of “I’m the bravest individual I have ever met” reminded us all that while getting ill-treated by others may be part of life, it should never hinder our pursuit of personal fulfillment.

Sweet Charity was performed from Thursday, April 7, to Saturday, April 9, at 7:30 p.m. at the Mainline Theatre. The AUTS is always looking for new students to get involved. Interested in participating in their next production? Visit https://autstheatre.ca/.