Amidst critiques from Montreal residents and the city council to rethink its design, the project has been placed on hold. 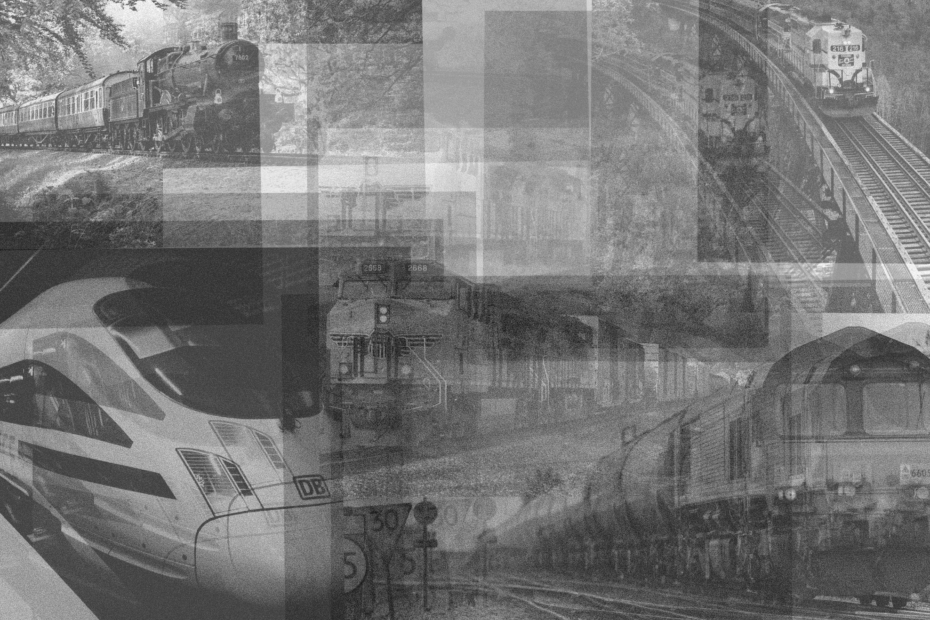 In January, Montreal’s Chinatown was granted heritage protections by the city of Montreal, signaling progress towards its protection against further development and gentrification. Today, despite this change in status, Chinatown residents and community groups remain at work against threats of infrastructure development.

Since its announcement, Chinatown residents have expressed concern over the design of the REM de l’Est, a $10-billion electric light rail project set to connect downtown Montreal with the eastern neighborhoods of Pointe-aux-Trembles and Montréal-Nord. Among its 23 stations is one planned to occupy Chinatown’s only remaining vacant lot, located at the corner of René Lévesque and Saint-Laurent.

The REM de l’Est, the second phase of the Réseau express métropolitain (REM), is set to “become the ‘backbone’ of transportation in the east end of Montreal” with a fully automated electric light rail car system connecting eastern Montreal to the downtown core. The proposed railway will double the coverage of the metro network in eastern Montreal and connect to existing public transit networks, utilizing driverless train cars running on elevated tracks.

The Caisse de dépôt et placement du Québec (CDPQ) emphasizes REM de l’Est’s economic and environmental benefits, notably its potential to move residents away from solo driving, reduce the city’s greenhouse gas emissions by 35k tonnes/year, and generate $6.3 billion for Quebec’s GDP during construction. However, many residents have expressed concerns about the introduction of such obtrusive infrastructure into their neighborhoods, calling it a “scar in the city’s landscape.”

On March 17, CDPQ Infra announced that it would delay hearings by Quebec’s environmental law agency, the Bureau d’Audience Publiques sur l’Environnement (BAPE). This was to be the next step in the process before beginning construction and ultimately finishing the light rail by mid-2029. Now, this timing will be skewed, rendering its completion date unknown.

The Chinatown Working Group, a community-based collective that played a large role in advocating for Chinatown’s heritage designation and is now involved in the public consultation for bylaws protecting the neighborhood from future development, first raised concerns about the project last August. In a letter to CDPQ, they called REM de l’Est “detrimental to the integrity of the living and built environment” of Chinatown. Among a list of recommendations, the letter called for the inclusion of the Chinatown community in the planning process and for an underground option to be privileged over an aerial railway and ground structure. They ended their letter by expressing the potential of REM de l’Est to “contribute to the improvement of Montreal’s quality of life,” so long as the CDPQ considers their proposed changes.

On March 13, CWG echoed its August recommendations in a second letter, emphasizing the project’s need to respect Chinatown’s heritage through a “holistic integration from a design and planning perspective.” It emphasizes the significance of prioritizing an underground track, claiming that “an elevated track and road closures would have a huge impact on Chinatown’s community and its future development, especially so close to [the institutional core] of this area.” Though a revised project was released following their August letter, CWG writes that CDPQ still has not addressed their previously stated concerns: “the updated version of the REM de l’Est is unacceptable and prejudicial to Chinatown and its community.”

Donny Seto, a member of CWG and lecturer in the Geography, Planning, and Environment department at Concordia University, told the Daily that the project – if completed as currently planned – would effectively corner off the northern sector of Chinatown. This is significant, he notes, “given that Chinatown [already] has three barriers on the east, west, and south side.”

Building the station underground, Seto says, “will reduce the physical impacts on Chinatown in terms of cutting it off from its surroundings.” He points to some of the major development projects that have left a mark on Chinatown in the past – “from the Guy-Favreau building, Palais des congrès, and now the CHUM hospital – we don’t want additional heavy infrastructure [in Chinatown],” Seto told the Daily. He refers to the Complèxe Guy-Favreau, which replaced a cultural center in 2019, and to the recently constructed Centre Hospitalier de l’Université de Montréal (CHUM) hospital which is located partially in Chinatown and partially in the Quartier Latin. Chinatown “has survived in spite of these efforts – but it won’t if this is going to continuously happen,” says Seto.

CDPQ has responded to CWG’s second letter with the offer of having a conversation about the project and its impact on Chinatown, says Seto. However, at the time of our interview, they had not responded to CWG’s calls for the promoter’s presentation of the project in front of the Chinatown community followed by an open discussion.

Despite interim controls put in place to protect Chinatown from development in January, Seto says that since the heritage bylaws are still in process, “we don’t necessarily know how they will impact the project in the future.” However, he says that the heritage protections will dampen the real estate speculation that could come about if the REM was confirmed – “if they weren’t in place, a lot of developers would start buying out land without second thought […] so they will dampen the development pressures in Chinatown and give us a moment to reflect on how to properly protect and envision the future of Chinatown.”

Seto says that CWG has been in contact with Mayor Plante and other city councilors regarding the project’s impact on Chinatown. The group’s advocacy, along with calls from east-end residents, has influenced the city to rethink its strategy and ultimately for the expert advisory committee on the project to request changes. Montreal Mayor Valorie Plante has expressed support for REM de l’Est, saying that “the progress of transportation in Montreal and in the east end depends on it.” However, Plante has also been vocal about the need to reform the project, demanding that the city be given a seat at the table in the planning process and adding provincial funding to integrate the aerial rail into the urban landscape.

Seto emphasizes that the REM de L’Est has low social acceptability so far, not only in Chinatown but among commuters and city residents in other affected neighborhoods: “those [who] would seemingly draw the most benefit from the line itself are [the ones] who are the most concerned about its impacts,” he says.

A new report by a city expert advisory committee working to ensure the project’s integration into its surroundings expresses “strong worries” about the large gap to be created between de Bleury and Saint-Urbain streets, where trains would enter an elevated track from an underground tunnel. The committee also asked for the layout of René-Lévesque to be “fundamentally revised” to keep the area around the elevated track livable and accessible.

Christian Ducharme, vice-president of engineering at CDPQ Infra, said that the company’s new designs, released last week, address “more than 80 per cent” of the concerns raised in the city’s report. The new designs include an “urban lookout” overlooking the tunnel entrance on René-Lévesque to make the area pedestrian-friendly. It also suggests the use of transparent glass-like materials in locations where sound barriers up to four meters tall are necessary on tracks close to buildings, which Ducharme says will be “less heavy in the [surrounding] environment.” Ducharme added that two options remain for a small section of the project’s route through the Mercier-Hochelaga-Maisonneuve borough: one that would run along Sherbrooke and connect with the Honoré-Beaugrand Metro station and the other that would run further south, along de Souligny.

According to Seto, Ducharme’s words are “empty promises to make the project look socially acceptable, when in reality [the new design] has no teeth.” He and his CWG colleagues disagree that the new design shows improvement: “when we saw the plan…there was some beautification, but the plan itself hasn’t changed very much – it didn’t address any of the concerns that we had posted in our letter to CDPQ,” he added. Although promises to include green spaces and biking infrastructure were included in the design, Seto says that they would not be funded by the project – instead, these additions would be left up to the city. Seto, whose academic focus is on sustainable development and urban planning, says that while the current analysis focuses on the project’s potential in terms of economic returns on investment, “in terms of its social, environmental, and health impacts, I don’t think that work has been done thoroughly.”

Originally from Quebec City, the vulnerability of Montreal’s Chinatown to threats of infrastructure development is sentimental for Seto. “I witnessed Quebec City’s Chinatown disappearing with the development of highway infrastructure and [the expropriation of land] that housed many Chinatown residents…It disappeared pretty much overnight,” he told the Daily. “I don’t want to see this kind of event happening again [in Montreal].”

The REM de l’Est’s process has a long way to go, and for its critics, this pause signals the potential for reflection and the creation of a design that best suits all of Montreal. “[CWG] will definitely be vigilant in terms of what happens [with the project]. Hopefully, we will be invited to comment and consult on how this project could benefit Chinatown into the future,” says Seto.

In the meantime, CWG continues to push for its demands to be met. “The fight isn’t over,” says Seto. “CDPQ Infra should take this time to reflect on what the ultimate benefit of this project is, and who is benefitting the most.”