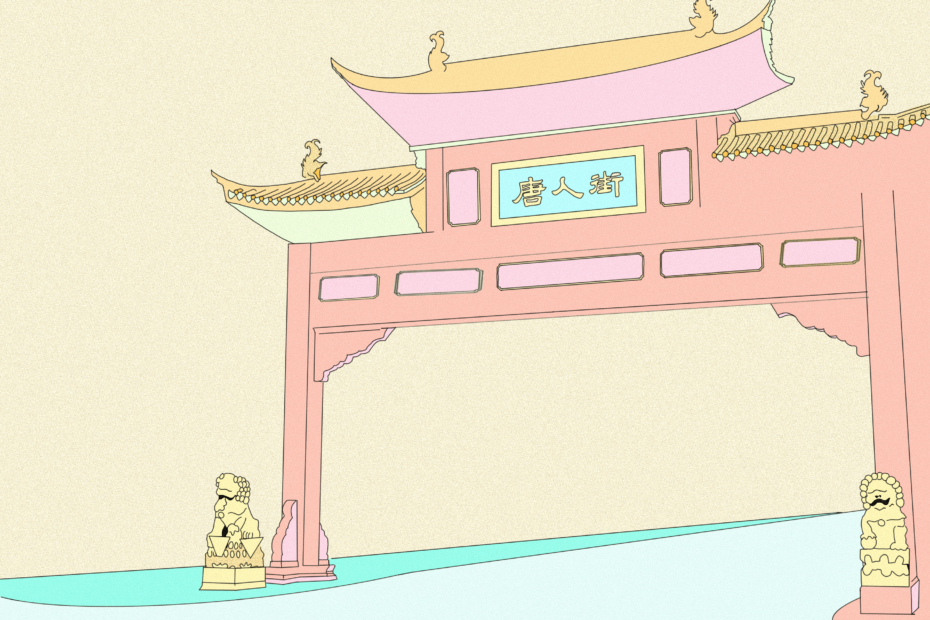 In a January 24 virtual news conference, Quebec Minister of Culture and Communications Nathalie Roy announced the decision to classify parts of Montreal’s Chinatown as a heritage site, a hard-fought outcome for many activists and Chinatown residents. The area to be protected lies within de la Gauchetière, Rue St-Urbain, Rue Côté, and Avenue Viger, designated as the “institutional hub” of Chinatown by government officials.

The newly assigned heritage block houses the historic British and Canadian School building, which is still in operation today as Wing Noodles, the oldest running business in Chinatown. The company is run by the three grandsons of Hee Chong Lee, an immigrant from China who started the business in 1897. The S. Davis and Sons cigar factory, built in 1884, will also gain heritage status, along with the historic city block which surrounds the two buildings. The area continues to serve as a cultural hub, home to active community organizations, a Buddhist temple, senior housing, and small businesses.

This announcement comes alongside the City of Montreal’s adoption of interim measures which require any new construction projects to respect new specifications regarding the density and height of buildings, as well as increase historic Chinatown’s boundaries. May Chiu, a member of the Chinatown Working Group (CWG) and the Progressive Chinese of Quebec (PCQ), told the Daily that these new specifications are perhaps more significant than the province’s heritage designation as they will effectively “put a gel on many construction projects” threatening the community.

Emphasizing the importance of these interim measures, Chiu cites nearby St. Laurent Boulevard, which was given heritage status by Parks Canada in 1997: “[there weren’t] any laws or regulation to underscore what historical protection meant – that’s why you see so many modern high rises on St. Laurent.” In contrast, the measures protecting Chinatown will regulate economic activity and specify what kind of development projects will be allowed to ensure the same doesn’t happen there.

Though temporary measures until bylaws are established, these interim controls will serve as a moratorium to development that community members have been seeking since 2018, when Chinatown’s main cultural centre was lost to an outside creditor. This sounded alarms for many community members who feared the further loss of their neighbourhoods, leading to the creation of organizations like the CWG, a solidarity group originally stemming from the PCQ. In April 2021, the CWG released a detailed action plan to protect Chinatown and its heritage. The plan called for official heritage status, along with concrete actions such as the construction of affordable housing and the promotion of community gathering spaces.

A multi-level committee comprised of Chinatown community members and representatives from the Quebec and municipal governments was tasked with outlining the heritage protections to be accorded to Chinatown, an eight-month process spanning from October 2020 to June 2021. A final report compiled from these consultations resulted in the January 24 announcement. Chiu notes that it was important to make sure the whole community was involved in the consultation meetings – “[t]he Chinese community is very diverse, coming from a variety of different sectors, including small businesses, social service organizations, low-income residents, and seniors. When we talk about the plan for Chinatown, we have to take into consideration the needs of all this diversity”.

While many community members see the new protections as significant steps in the right direction, a likely lengthy process towards a finalized plan lies ahead. At a January 24 outdoor press conference, activists and community organizations gathered to advocate for the immediate rights of residents to a better quality of life in Chinatown. Organizers held signs reading “Chinatown is not a museum,” referencing the need for heritage designation to encompass both tangible and intangible culture. “It’s about more than just streets and buildings,” says Chiu.

“The Chinese community is very diverse, coming from a variety of different sectors, including small businesses, social service organizations, low-income residents, and seniors. When we talk about the plan for Chinatown, we have to take into consideration the needs of all this diversity.”

Residents spoke of the impacts of ongoing construction on their quality of life – “the dust, the smells, the noise […] it’s relentless […] I can’t even use my own yard,” said Kent Chong, an organizer and Chinatown resident. In the middle of the press conference, a construction worker came to ask the residents to move, stating that standing under the construction site raised safety concerns.

According to Chiu, deeming Chinatown a historic site and pushing for all-encompassing heritage protection “doesn’t mean that it becomes a shell and that we let buildings dilapidate.” Instead, she argues for a “living heritage: people have to be protected, housing has to be protected, social services need to be provided.”

The only remaining historic Chinatown in Quebec, Montreal’s Chinatown has fought development projects threatening the area since its establishment. In the 70s and 80s, Chinatown lost a significant amount of territory to real estate projects like the Guy Favreau Complex and Palais des Congrès.

Developments continue to encroach on Chinatown’s neighbourhoods, including the REM project, an automated rail network criticized for supporting residential construction around its routes. CWG voiced opposition to the project, but its cancellation has not been confirmed. As community members continue to push against unabated development, they work against the rhetoric of big developers and contractors. “It will be really easy for the big developers to come in and say, we need to put in luxury, high-rise condos because we need to keep the economy running, and if we have more rich people [in the neighbourhood], it will keep the economy running,” Chiu told the Daily.

“We have to push for a human vision of development, and the challenge will be how to make everything economically viable,” she continued. Chiu says that the city is currently focusing on building social housing units, a call from the CWG’s action plan.

During the January 24 press conference, Montreal mayor Valérie Plante echoed the sentiments of community organizers. She said that while heritage protection is a “big step,” it is not the only one, pointing out that Chinatown’s increasing prices have been pushing out its current residents.

The fight for Chinatown is multigenerational, encompassing family, community history, and deep connections to culture and language. Says community member Parker Mah, “…although a temporary moratorium is in place, the war is not over. A public consultation on the proposed changes will take place in the spring.”  According to Chiu, community organizers are currently mobilizing different sectors to participate in the public consultation towards the finalization of bylaws, along with specifying the roles of the many organizations working towards this goal.

Regarding the upcoming consultation process, community members are preparing for a challenge. “We know that the huge developers with all their trillions of dollars are going to try to pack the consultation,” says Chiu.

If you are interested in making submissions to the public consultation, which will be announced in the spring, you can contact the co-coordinator of the Chinatown Roundtable, Andy Vu, at andy.vu@faubourgstlaurent.ca.