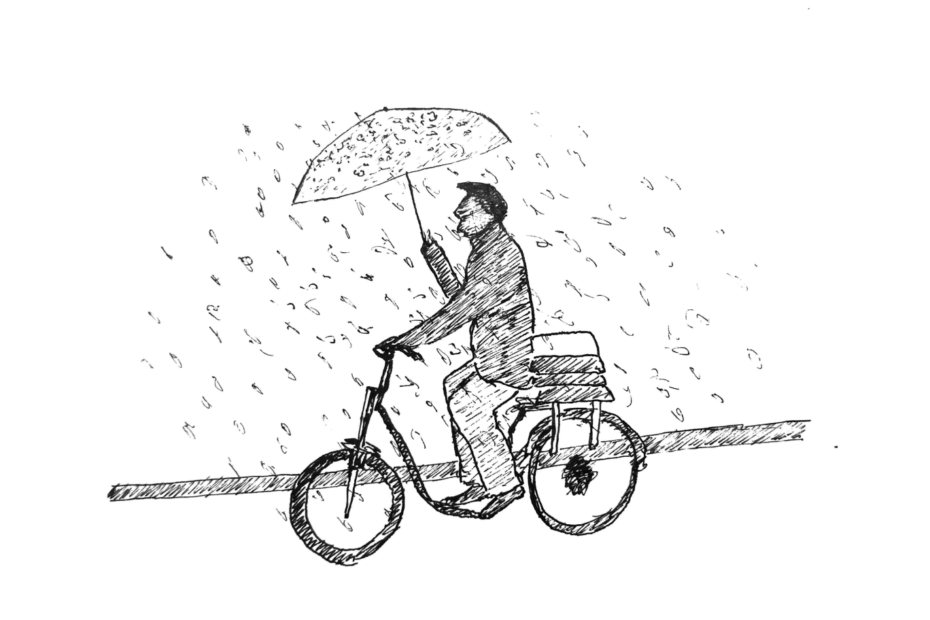 As part of Israeli Apartheid Week (IAW), Cinema Politica Concordia hosted a screening of Abdallah Al-Khatib’s debut film Little Palestine (Diary of a Siege) (2021). The screening was followed by a discussion with Palestinian-Syrians Osama Mousa and Farah Al-Sayed, who shared their perspectives on the movie and how they related to it.

In 2013, Yarmouk Camp, a neighbourhood in Damascus that was originally designed as a refugee camp for Palestinians in Syria, was completely cut off from the rest of the world. The Syrian government blocked the neighbourhood in an attempt to gain the upper hand in an ongoing civil war. The residents of Yarmouk  were deprived of food, medical supplies, electricity, clean water, and other necessities. Little Palestine documents the resilience of Yarmouk’s inhabitants during the siege and the tragedies they endured.  When talking about the Palestinian refugee crisis, especially in the West, Palestinians tend to be reduced to mere statistics. By highlighting the stories of the people of Yarmouk, Al-Khatib’s film reminds us of the humanity of the people at the heart of this ongoing struggle.

In an interview, director Al-Khatib explained  that one of his goals was to highlight the contrasting emotions that were felt during the siege. Throughout the film, we see images of joy and celebration set against images of misery and destruction. People both celebrated the marriages of the camp’s youth and mourned the elders who died of hunger and malnutrition. We see children playing, but we also see them picking grass from the ground to eat. In one scene, Al-Khatib asks a group of children about their dreams. One child says that he dreams of eating shawarma. Following him, we hear another child saying that he dreams of his brother coming back to life. These scenes remind the audience that the people of Yarmouk are not defined by their suffering.

Mainstream Western media’s portrayal of Palestinian refugees often disregards the refugees’ dignity.  Journalists overemphasize stories of suffering for the sake of increased viewership.  Al-Khatib’s depiction does the opposite. It does not shy away from the tragic realities of the siege, but it shows those realities in a complex and, compassionate way. There are no overt images of death and blood, yet death can be felt throughout the movie. Children are not used as reductive, two-dimensional props to portray what suffering “should look like.” They play, run, learn, dance, and laugh, as all children do. Finding this balance between documenting tragic events while portraying the wholeness of a subject’s humanity is not easy, and Al-Khatib does it masterfully.

One of the stories Al-Khatib chooses to highlight is that of his mother, Aisha Al-Khatib. Aisha volunteered as a healthcare worker during the siege of Yarmouk. With limited resources, she had to ensure the survival of dozens of the camp’s inhabitants. In the discussion after the movie, Osama, who used to help Aisha when he lived in Yarmouk, said that “she operated in a more efficient manner than most governments.” Aisha’s story shows us that the inhabitants of Yarmouk were not bystanders to a tragedy that was happening “to them.” They were actively fighting for their freedom and their dignity. This spirit of resilience is one of the main themes of the movie.

Little Palestine reminds us all that the struggle of millions of Palestinian refugees is not just about land disputes; it’s also about the people. This sentiment is shared by Osama, who believes that “a lot of people love Palestine, but they don’t love Palestinians.” Behind the brutal realities of the siege, the filmmakers are asking their audience to see them rather than merely look at them through a reductive, dehumanizing lens. The movie urges us to remember that in wars, genocides, and sieges, the group that suffers the most is not the government or military officials but rather the people – and yet they are the ones no one talks about. I want to end this article with the same dedication that the movie ended with: “To those who starved to death.”